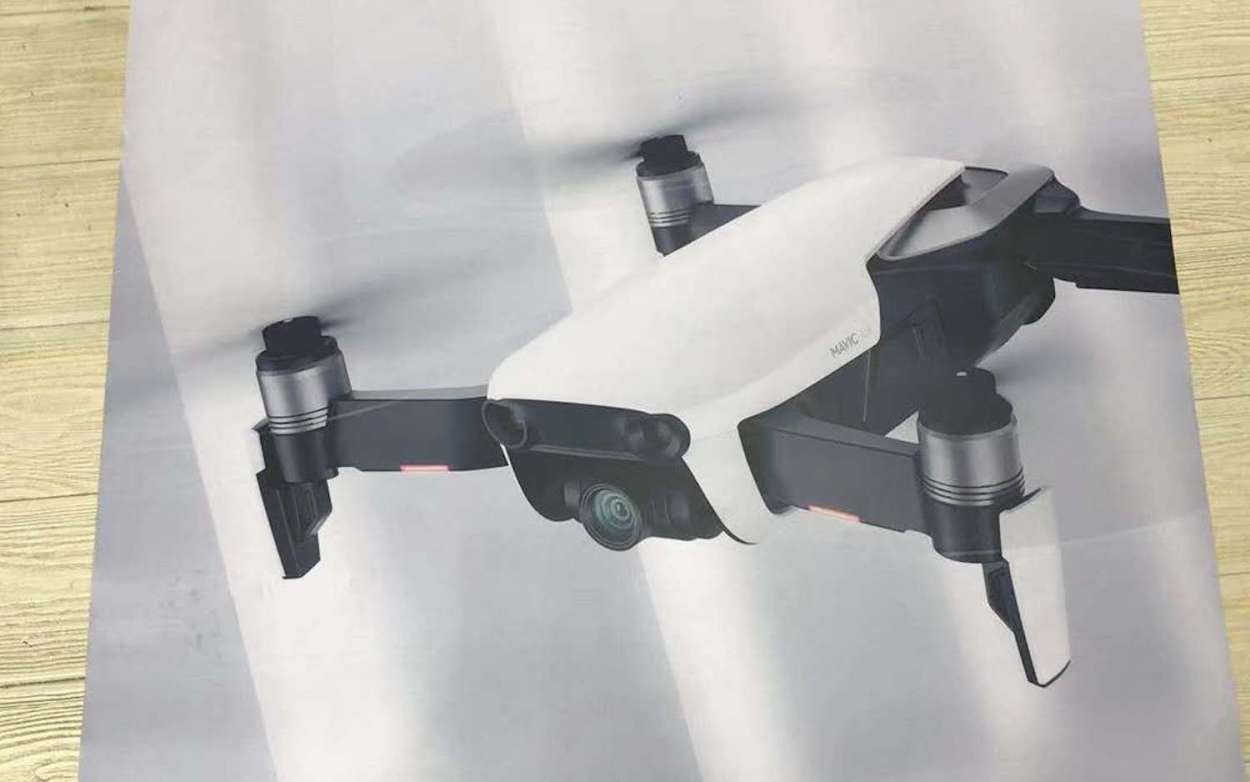 Just hours before Chinese drone maker DJI was expected to unveil a new device at a special event in New York City on Tuesday, DroneDJ let the cat out of the bag. On Monday morning, the drone news blog shared alleged images and specs of the new Mavic Air drone, which it says it received from a source that has been correct in the past.

Based on the photos and information from DroneDJ, the Mavic Air appears to fall in between the Spark and the Mavic Pro in terms of size and capabilities. The Mavic Air will reportedly feature a 32-megapixel camera capable of shooting 4K video, four foldable legs, gesture control and will have a flight time of 21 minutes.

The new drone is also said to feature obstacle-avoidance sensors in the front, bottom and back as well as a visual positioning system (VPS) for improved control while flying and hovering. DroneDJ’s source claims that the Mavic Air will be available in black, white and red when it launches on Tuesday, but the price is still a mystery.

In addition to the price, DroneDJ also doesn’t know the specifics of the camera sensor (which will determine the quality of the 4K video) or the range of the Mavic Air. Considering the flight time of the Air is squarely between that of the Pro and the Spark, we might be looking at something similar for the range. But we’ll have to wait until tomorrow to find out. DJI’s reveal event will begin streaming live right here on Tuesday at 10 AM ET.