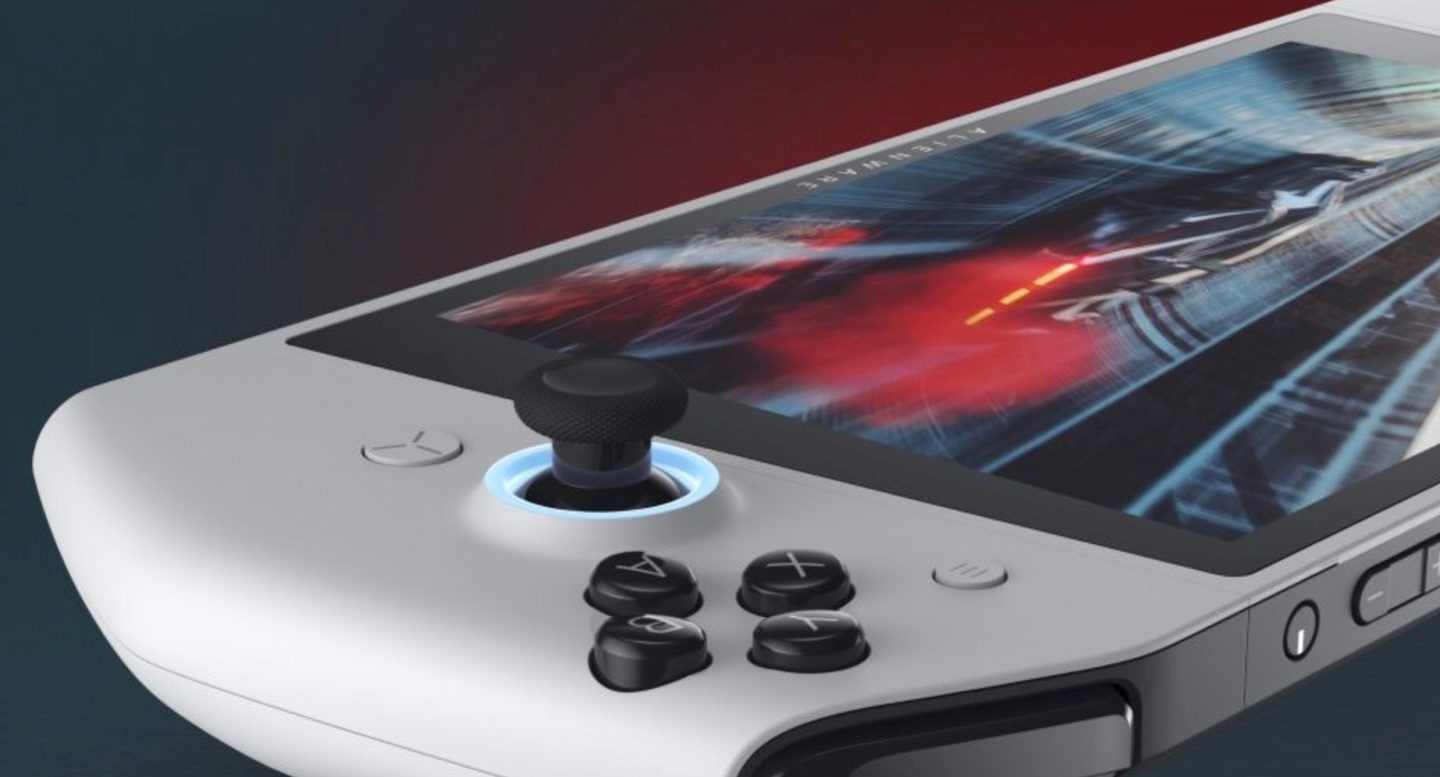 The Switch has been a huge success for Nintendo, which convinced millions of gamers to buy a gaming device that’s a lot less powerful than its rivals, and even less potent than some of the best iPhones and Android devices out there. Even so, the Switch can be used in handheld mode and hooked up to a TV, to play — and here comes the real advantage of the Switch — popular Nintendo games. No other company could have done what Nintendo did with the Switch, which is why nobody else is making a similar gaming device. However, Dell thinks it can create a Windows-based handheld contraption that would rival the Switch.

Announced at CES 2020 separately from the Dell Windows 10 devices that you’ll find in stores this year, the Alienware Concept UFO (image above) looks exactly like a Switch alternative:

Concept UFO features an 8-inch screen with 1900×1200 resolution. It also includes detachable controllers, so you can game in a range of modes: as one unit, with controllers attached to the screen; separating the controllers and using the kickstand on a surface to game or stream your favorite show (for example, a table, or a tray on an airplane or train); or connect it to an external display and play using the detached controller, or use a mouse and keyboard as you would any other PC.

From the looks of it, Concept UFO is more of a Switch Lite alternative than a regular Switch, as Dell’s emphasis is on “on-the-go gaming.” Then again, you can remove the controllers, if you want to, which would turn the device into a regular Windows tablet for gaming?

The UFO will be a lot more powerful than the Switch, featuring a 10th-gen Intel Core processor and Thunderbolt connectivity. It’s unclear, however, what kind of processing power the UFO can deliver, and the same question goes for battery life. The company does say that it “spent the last few months testing and enhancing the buttons, the weight, all to strike a perfect balance between performance, ultra-mobility, and battery life.”

Also, Dell spent thousands of hours on the controller design and ergonomics, says the blog post, suggesting that the company has taken this handheld gaming device pretty seriously.

Dell says the device will deliver “uncompromised” performance, without expanding on what that means. However, it mentions that the UFO would let users play their favorite AAA PC titles no matter where they are.

The problem with the UFO is that it’s not made by Nintendo, and Dell doesn’t have the kind of games that would convince anyone to purchase a handheld console. After all, the real reason why Switch owners got the console is access to updated Nintendo content starring some of their favorite characters.

Full specs will be provided at a later date, assuming the UFO moves to production. That’s when we’ll learn about the device’s price as well. From the sounds of it, however, the UFO will hardly be able to match the Switch and Switch Lite pricing structure.