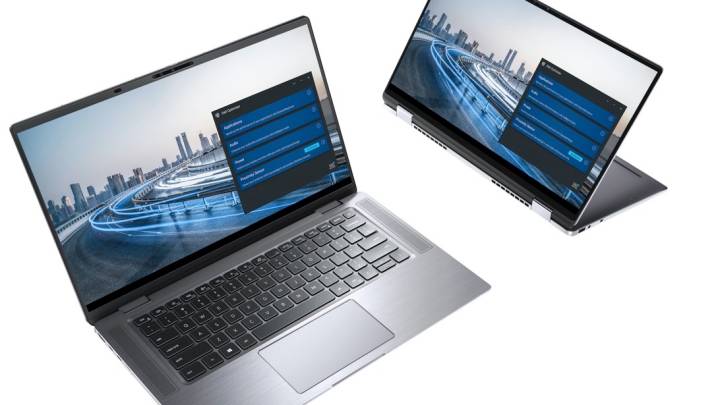 Dell on Thursday unveiled a few new products ahead of CES 2020, including the 2020 version of its XPS 13 2-in-1 — the upgraded device has a bigger screen than ever before and will hit stores in select markets next week. But, more interestingly, Dell also announced a totally different laptop with one major new feature.

The Latitude 9510 might not sound as catchy as the XPS 13, but it packs a few exciting features, including 5G support.

If 2019 brought us the dawn of the 5G era, with several smartphone makers launching the first 5G-ready hotspots and smartphones, 2020 should be when 5G truly establishes itself. We’ve always known 5G laptops would become a thing, and the Latitude 9510 makes that case, being Dell’s first 5G notebook.

The device features a “5G-ready design,” which means we’re looking at 5G antennas that are fit into the speakers of the laptop. Dell doesn’t say what kind of 5G modem we’ll find inside the 5G versions, so we’ll have to wait until March when this device hits stores to learn more details.

However, Dell does say that the 5G-ready design doesn’t compromise the screen, which is still an InifinityEdge display with small bezels that allowed Intel to equip a 15-inch screen into a 14-inch body. The laptop is also light, at 3.2 pounds, but in spite of that, it’s supposed to support up to 30 hours of battery life.

Other features include 10th-gen Intel Core processors up to i7, Wi-Fi 6 support, and several intelligent features that are part of Dell’s Optimizer software suite.

The laptop learns what apps you use most and launches them faster (ExpressResponse), and adapts battery life based on your charging patterns and typical power usage (ExpressCharge) — the laptop can charge up to 35% in 20 minutes thanks to the ExpressCharge Boost tech.