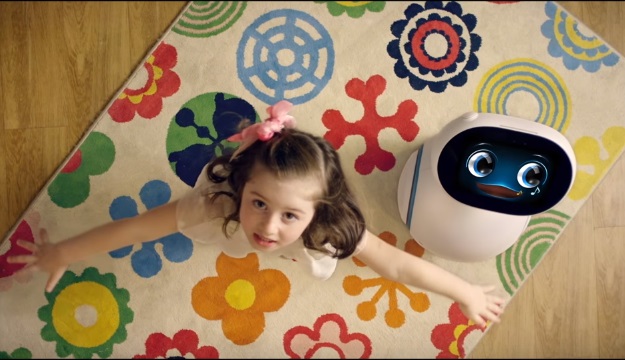 For as much as people talk about (and rightfully get excited about) smartphone advancements, we don’t often hear about technological strides in the field of robotics. Truth be told, this has always struck me as odd given that many robots today possess capabilities that have seemingly been lifted from science fiction novels.

Boston Dynamics, of course, famously has a lineup of impressively capable and equally terrifying robots, many of which are designed to look like and act like animals. And we’d be remiss if we didn’t mention the ASIMO robot from Honda, a technological marvel that Honda touts as the “world’s most advanced humanoid robot.”

The most recent entrant onto the list comes from ASUS, of all companies. Earlier this week, ASUS chairman Jonney Shih took the stage at Computex and introduced the world to Zenbo, a $599 household robot that looks and acts like a real-world version of Wall-E.

DON’T MISS: iPhone 7 will finally fix the one thing everyone hates most about the iPhone

“Our ambition is to enable robotic computing for every household,” Shih said.

The Zenbo looks and sounds incredible, but boastful press releases will only get you so far. In other words, how does the Zenbo perform in real-life situations? Well, from what we’ve seen so far, it performs impressively well. In the live video demonstration below, we see Zenbo respond to a voice command from Taiwan President Tsai Ing-wen and play music as instructed.

Another illustration of Zenbo working impressively well during a demo can be seen below.

From what we’ve seen and read so far, Zenbo appears to be a jack of all trades. It can read stories to kids, play videos, remind the elderly to take their medication, make calls, play songs, take photos and more. From a design standpoint, Zenbo sports a display on the front, stands about two feet high and is surprisingly nimble. While we still don’t have a release date for Zenbo, ASUS wants to provide developers with an SDK so that they can get started on building apps for the device.