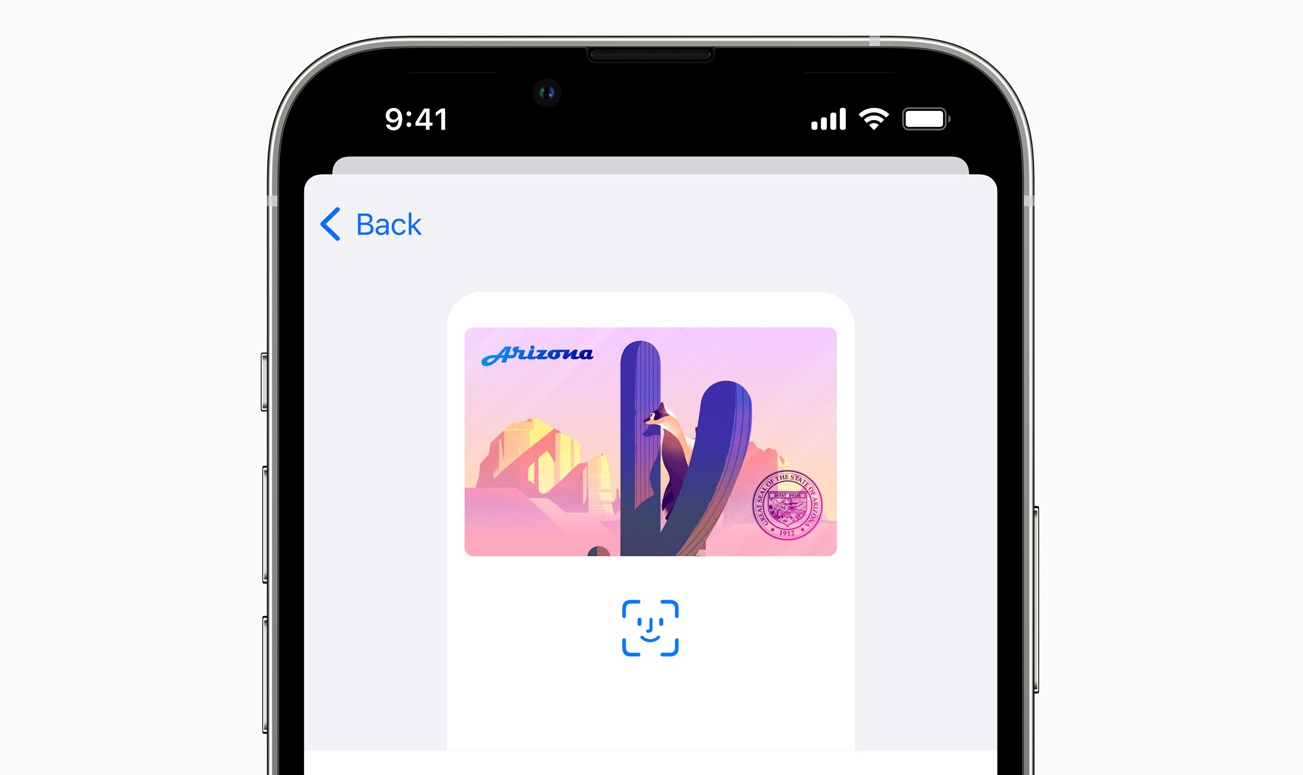 Apple announced Wednesday that Arizona will be the first state to let iPhone owners add a driver’s license or a state ID in Wallet. If you live in Arizona, you can add your driver’s license or state ID to Wallet starting today. You can then tap your iPhone or Apple Watch to present your ID at select security checkpoints in Phoenix Sky Harbor International Airport.

Adding a driver’s license or state ID to Apple’s Wallet app is fairly easy. First, tap on the + button at the top right of the app. Next, select “Driver’s License or State ID” and follow the on-screen instructions to start the setup process.

After that, take a selfie and scan the front and back of the card to ensure it actually belongs to you. You’ll also have to complete a series of facial and head movements during the setup process. Finally, the state has to verify and approve the request.

“We’re thrilled to bring the first driver’s license and state ID in Wallet to Arizona today, and provide Arizonans with an easy, secure, and private way to present their ID when traveling, through just a tap of their iPhone or Apple Watch,” said Jennifer Bailey, Apple’s VP of Apple Pay and Apple Wallet. “We look forward to working with many more states and the TSA to bring IDs in Wallet to users across the US.”

How to use the new feature

Once you’ve added a driver’s license or state ID to Wallet, you can present it to the TSA at participating airport security checkpoints. Just tap your iPhone or your Apple Watch on the identity reader. You will now see what information the TSA needs, and can then consent to provide it with Face ID or Touch ID. All of the information is shared digitally, so you don’t have to hand over your device. The TSA will also take a picture of you.

Apple says that the new feature takes full advantage of the privacy and security on iPhone and Apple Watch. It also offers benefits that the physical card can’t match. For example, the driver’s license and state ID in Wallet only show the information needed for that interaction. You’ll also have the opportunity to review and authorize that information before the person you are presenting it to actually has a chance to see it.

Apple also notes that driver’s licenses and state IDs in Wallet are presented digitally through encrypted communication directly between the device and the identity reader. As noted above, this means that you won’t ever have to hand over your iPhone or Apple Watch. Finally, if you lose your device, you can use Find My to lock it, find it, or erase it.

Apple has yet to reveal the timing for the rollout in other states. You can read more about the feature on the new IDs in Wallet page on Apple’s website.