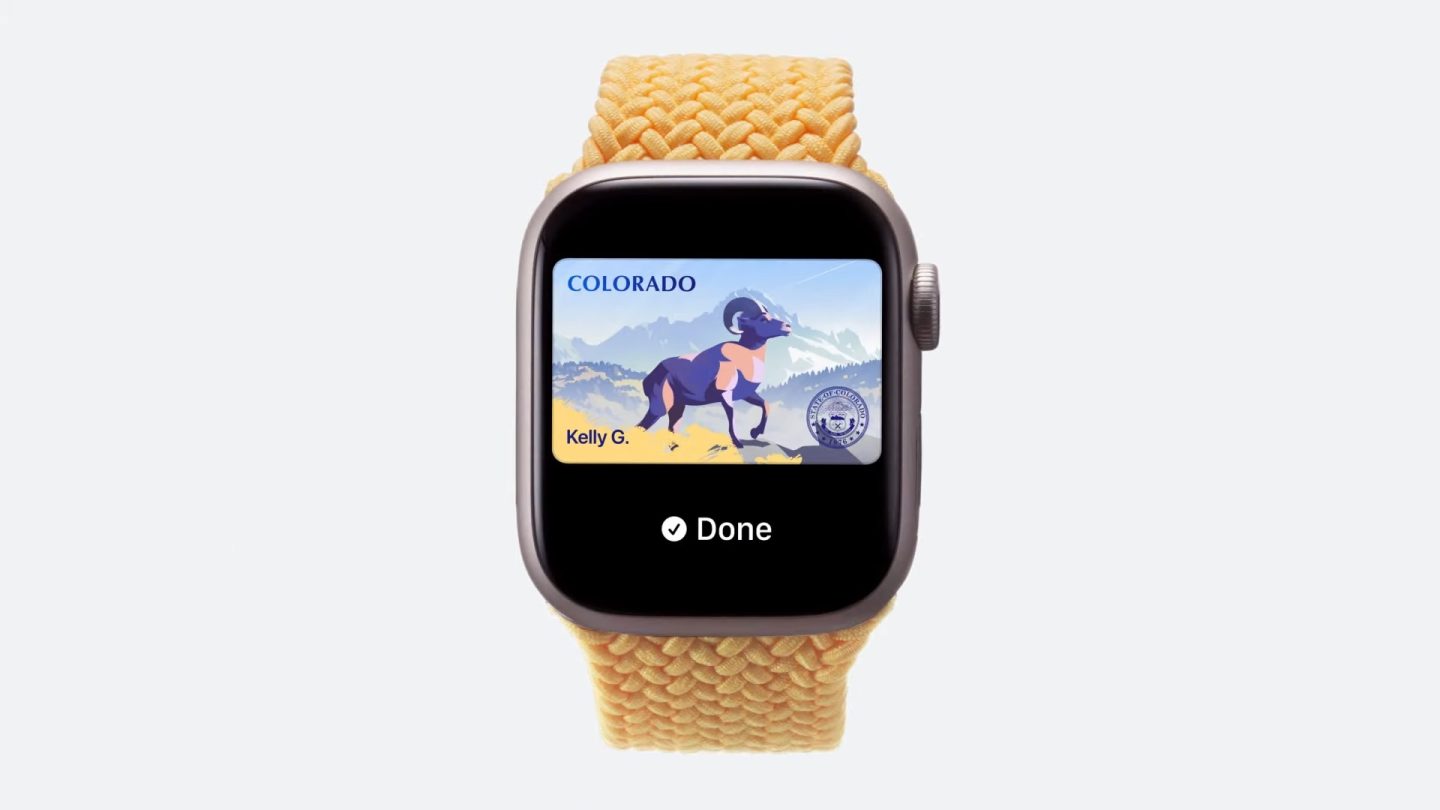 Last fall, Apple announced that the residents of several US states would soon be able to add their state IDs and driver’s licenses to the Wallet app. Over a year later, only two states have implemented this functionality, but another joined the list this week. Colorado residents can now add their IDs to Apple Wallet, joining Arizona and Maryland.

Colorado’s Department of Revenue announced the expansion of the feature on Wednesday. In order to take advantage of the feature, Coloradans need a valid Colorado driver’s license or state-issued ID card. After that, they need to follow these instructions:

Here’s a helpful video from Colorado’s DMV, in case you’re more of a visual learner:

Once your request has been approved, you will see your Colorado ID in Apple Wallet. If you add an ID, you can use it at select airport TSA checkpoints. The Department of Revenue also notes that your information is presented digitally to identity readers, so you won’t have to show anyone or physically hand over your iPhone or Apple Watch.

Meanwhile, we’re still waiting for Connecticut, Georgia, Iowa, Kentucky, Oklahoma, and Utah to allow residents to add IDs to Wallet. All six states were included in Apple’s announcement last September, but there haven’t been any updates since.

The rollout of this feature clearly hasn’t been quite as expeditious as Apple had hoped, but at least the steady trickle of new states hasn’t stalled out entirely yet.