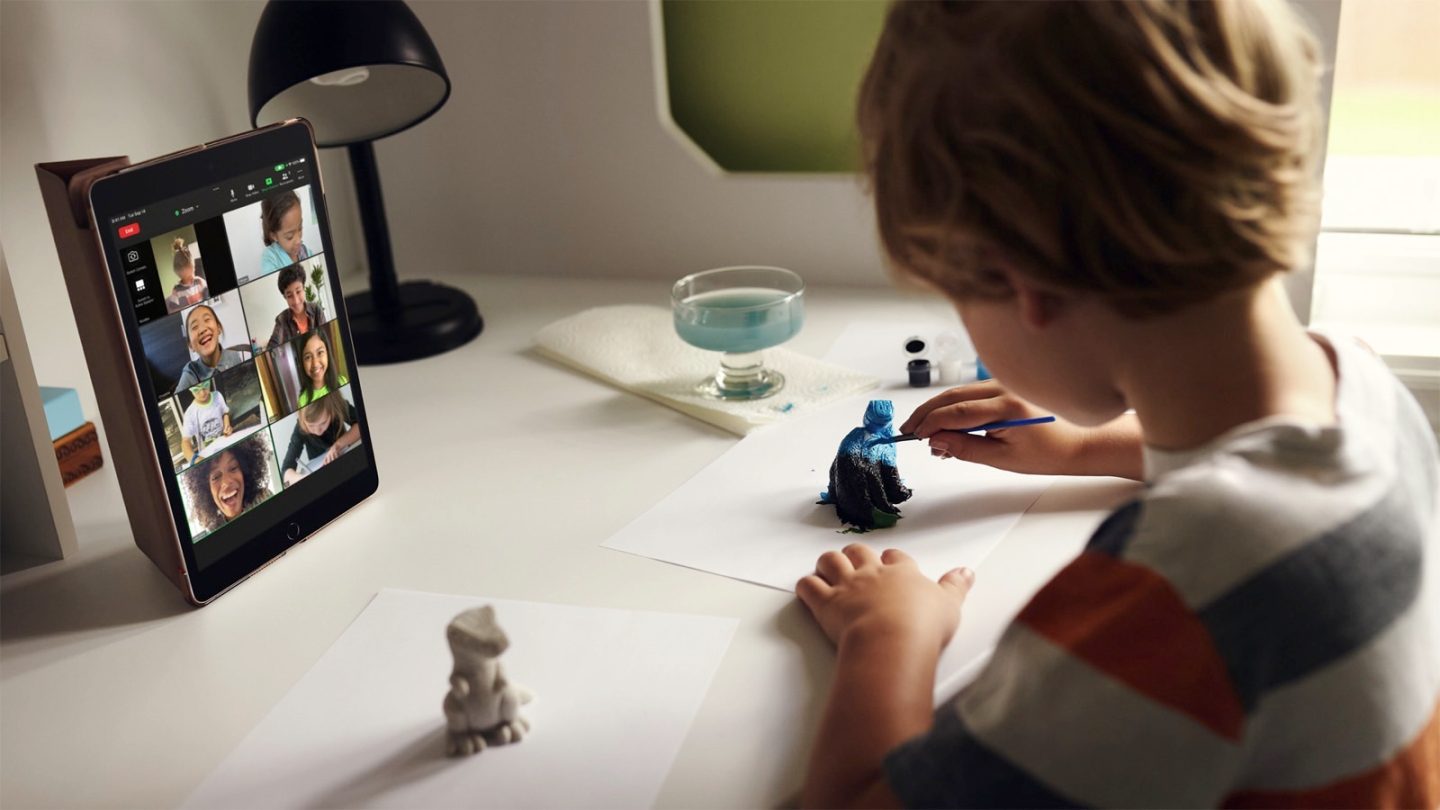 Apple kickstarted its “California Streaming” press conference earlier this week with an unexpected announcement. Apple unveiled the 9th-gen iPad and the 6th-gen iPad mini before getting to the Apple Watch Series 7 and iPhone 13. Apple said the new iPads would be available to preorder immediately after the show. The iPad 9 and iPad mini 6 will start shipping out on September 24th, which is also the iPhone 13’s release date. But even before the iPad 9 shipments begin, the affordable Apple tablet has already received a price cut.

The iPad represents the cheapest entry into Apple’s tablet ecosystem. For many, it’s the perfect tablet to have around the house. The device starts at $329, offering buyers a legacy design. That means the screen has significant bezels at the top and bottom. Also, the Touch ID fingerprint sensor is placed on the front rather than on the sides. Students and teachers can purchase it for $299, which is an even better deal if you qualify.

For $329, the iPad 9 delivers a few significant upgrades. The most notable is the speed bump. The tablet gets the A13 Bionic chip, which is the same processor that powers the iPhone 11 and iPhone SE. These are the cheapest iPhones Apple sells in stores, alongside the iPhone 12 and iPhone 13 series.

Apple also doubled the storage, which means that $329 will get you 64GB of flash memory instead of 32GB. The 9th-gen iPad also ships with a 20W USB-C charger, which should improve charging speeds. The charger also works with any iPhone.

Another important upgrade concerns the front-facing camera. We’re looking at a 12-megapixel camera that now supports Center Stage functionality. With Center Stage, the camera can automatically follow the subject’s face in the frame.

Finally, the screen now supports True Tone. That’s a feature most iPhones and iPad have that allows the software to intelligently adjust the screen brightness to adapt to the lighting of your surroundings.

These upgrades make the $329 base iPad model a more exciting purchase than any of its predecessors that launched with the same base price tag.

If you want to score the iPad 9 for the same $299 that students and teachers get, you’ll have to preorder your tablet from Walmart rather than Apple. The only downside is that you have to wait a few days longer to get your tablet. Walmart will ship the 9th-gen iPad on September 29th. Here’s where you can get started.

Crucially, Walmart only offers $30 off the regular iPad 9 price tag for the cheapest Wi-Fi version. You can’t upgrade the storage or get a cellular model and still take advantage of the $30 price cut. If you qualify for the school discount, you might want to get your $30 discount directly from Apple.