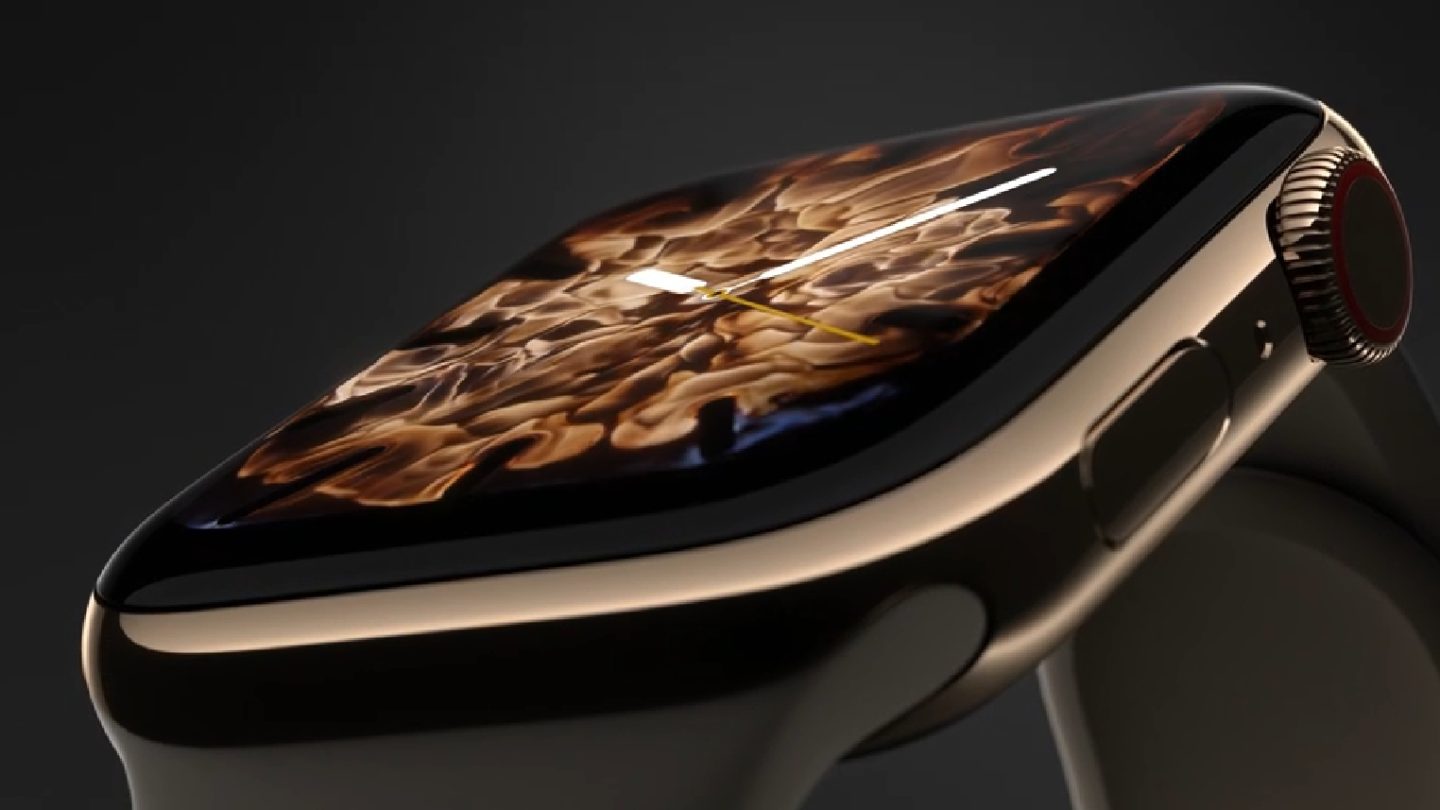 The brand new Apple Watch nearly stole the show at Apple’s iPhone event last week. The fourth-gen smartwatch looks much sleeker than its predecessors, as Apple managed to increase the display and slightly reduce the thickness. But Apple Watch Series 4, which launches in stores later this week, doesn’t only bring a major design makeover. It also packs a bunch of new health features unseen on any competing device, including an ECG monitor that’s just one touch away. With a few days to go until Apple Watch 4 ships, the first reviews are out and they’re all packed with praise for Apple’s new Apple Watch Series 4.

If you’ve used an earlier version with any regularity, on the other other [sic] hand, the increase in surface area is pretty readily apparent, especially when an email notification comes through. It also means app developers can jam in more detail and the Watch’s faces can feature additional complications (a descriptor I suspect makes Apple designers die inside a bit every time they have to utter it).

Apple advised me against trying to trick the watch into thinking I’d fallen, but I couldn’t resist. I tried to trigger a false warning by tripping onto a yoga mat, jumping on the bed, and flailing around while attempting to powerlift. No dice.

I’m not an Apple Watch devotee — after a harrowing experience getting lost in the Alps a year ago, I purchased a hulking Garmin multi-sport smartwatch with GPS to ensure I’ll never find myself cold and afraid on the side of a mountain ever again. A long weekend with the Series 4 didn’t convert me from my current monstrosity, which has 12 days of battery life, topographic maps of every inch of the US, and turn-by-turn directions. But the new Apple device’s sleek, compact design and hyper-high-resolution screen did make me feel pangs of shame for the rugged absolute unit of a Garmin that normally rests atop my wrist.

Aside from the new health features, one reason I’m seriously thinking about an upgrade comes with an edge-to-edge display that provides more than 30 percent extra screen real estate, whether you opt for the bigger 44mm case or the 40mm version. On a modest size screen, 30 percent is a lot, and the payoff for consumers comes with larger text and bigger buttons (again, a potential boon for older people).

The new watch feels zippier, too; there’s an updated processor. The speaker is considerably louder, as well, a benefit when you’re listening to Siri or communicating via the new Walkie-Talkie app that arrived with watchOS 5. The Walkie-Talkie app – each person presses an onscreen button on their respective watch screens to talk – might come in handy when it is better to convey something by voice rather than text.

[The] new Apple Watch is perhaps one of the most significant developments in wearable gadgets in years. People with heart problems can easily use the EKG app to take electrocardiograms whenever they sense something abnormal, without the rigmarole I went through. And the data can be shared immediately with their doctor, which could open a conversation about next steps, like going in for a visit or modifying treatment.

Eleven years after the release of the iPhone, Apple’s most important product offers only incremental improvements with each new update. This seems to disappoint pundits, who demand giant leaps in technology with every release. But those wanting year over year drastic improvement need only look at the Apple Watch, which shows no signs of slowing down.

The battery life is good, too. Apple advertises 18 hours of use. I took the Apple Watch Series 4 off of the charger on Friday morning. I drove to the beach that evening and realized I’d forgotten my charger. I turned it off Saturday night and still had 16 percent left on Sunday at 3 p.m. I’d worn the Apple Watch all day each day, and even used it to track workouts and make sure I closed all of my rings. That’s good enough for me.

Now, sure, phones save lives. Tablets. PCs. Helicopters. Ultrasounds. A lot of technology, old and new, medical and general saves live. Absolutely. But Apple Watch is uniquely positioned, literally, to do so in dedicated and persistent ways.

And, with Series 4, Apple isn’t just doubling down — it’s tripling up, improving connectivity, activity, and longevity.

David Phelan for The Independent:

There are also advanced visual effects. Since the first Watch with its high-quality animations of jellyfish and flowers, through the additions of Mickey Mouse and Toy Story characters, Apple has made the most of the bright, sharp look to the face. Every previous Watch face is still available, but now there are items like Liquid Metal, which looks like rippling pools of silver or bronze, for instance.