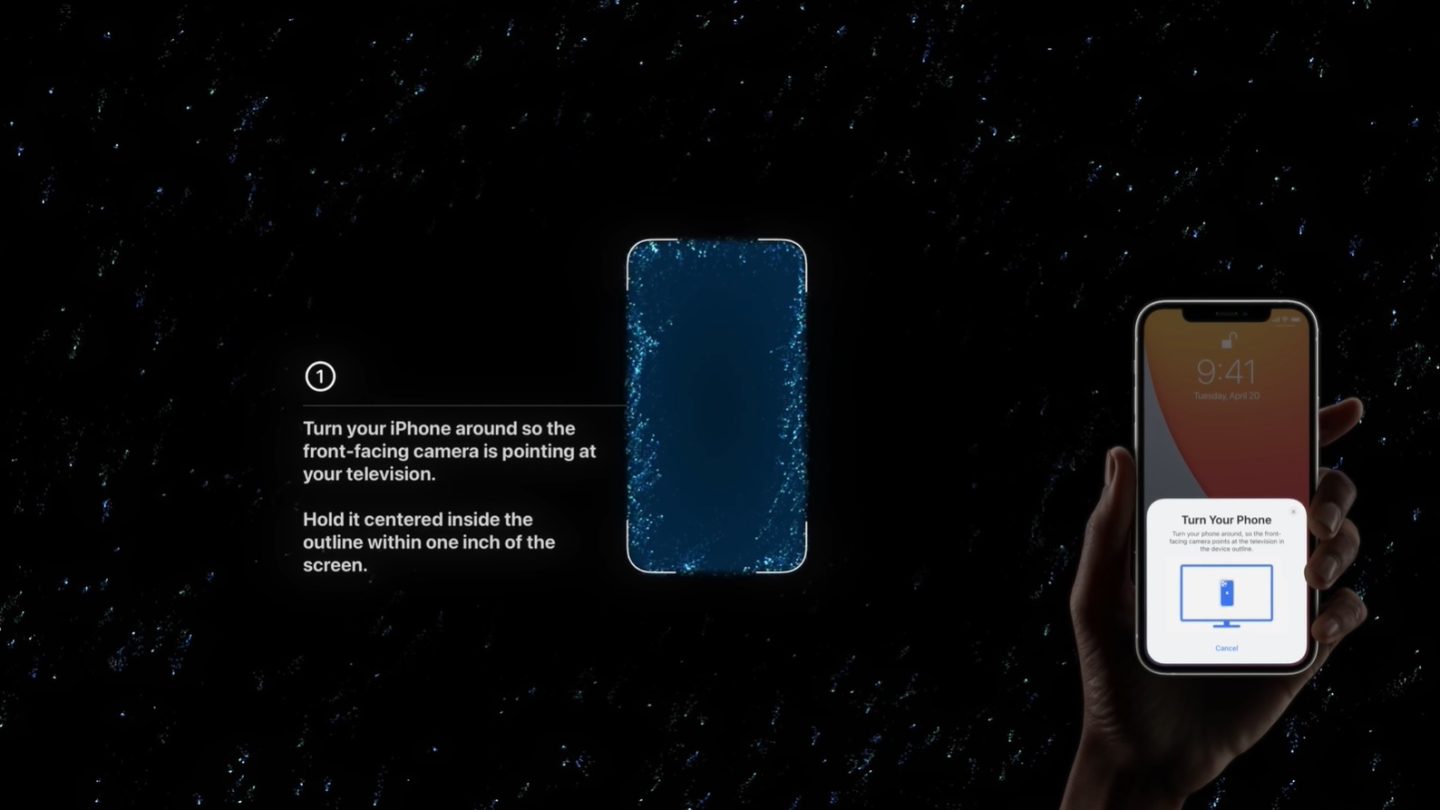 Apple announced a brand new 4K model this week at its Spring Loaded event. The upgraded model is the first to contain the A12 Bionic system-on-a-chip, bringing a boost in graphics performance, video encoding, and audio processing. Apple also revealed a new feature that allows users to balance the colors of their , but it turns out that you don’t need to buy a new model to take advantage of this feature.

As spotted by 9to5Mac, the new color calibration feature is in fact part of tvOS 14.5, which is set to roll out next week alongside iOS 14.5 and iPadOS 14.5. The update will be available for HD and up, so as long as your was released in 2015 or later, you will be able to perform the color balance process.

Here’s how Apple described the feature in the press release for the new 4K this week:

Through an innovative color balance process, works with iPhone and its advanced sensors to improve a television’s picture quality.  uses the light sensor in iPhone to compare the color balance to the industry-standard specifications used by cinematographers worldwide. Using this data, automatically tailors its video output to deliver much more accurate colors and improved contrast — without customers ever having to adjust their television settings.

Although you don’t have to have the newest 4K to use the feature, you will need an iPhone with Face ID, and you will need to update your to tvOS 14.5, which will likely arrive on Tuesday, April 27th. 9to5Mac also notes that the feature won’t work on any TV with Dolby Vision, because they already have their own color calibration profiles. Once you have everything you need, here are the steps you need to take:

If you aren’t satisfied with the results, you can choose to revert to the original colors with the tap of a button. It’s also worth noting that these changes will only apply to content you watch on your , so you’ll have to balance the colors yourself if you want Blu-ray discs or shows from your cable box to look better.