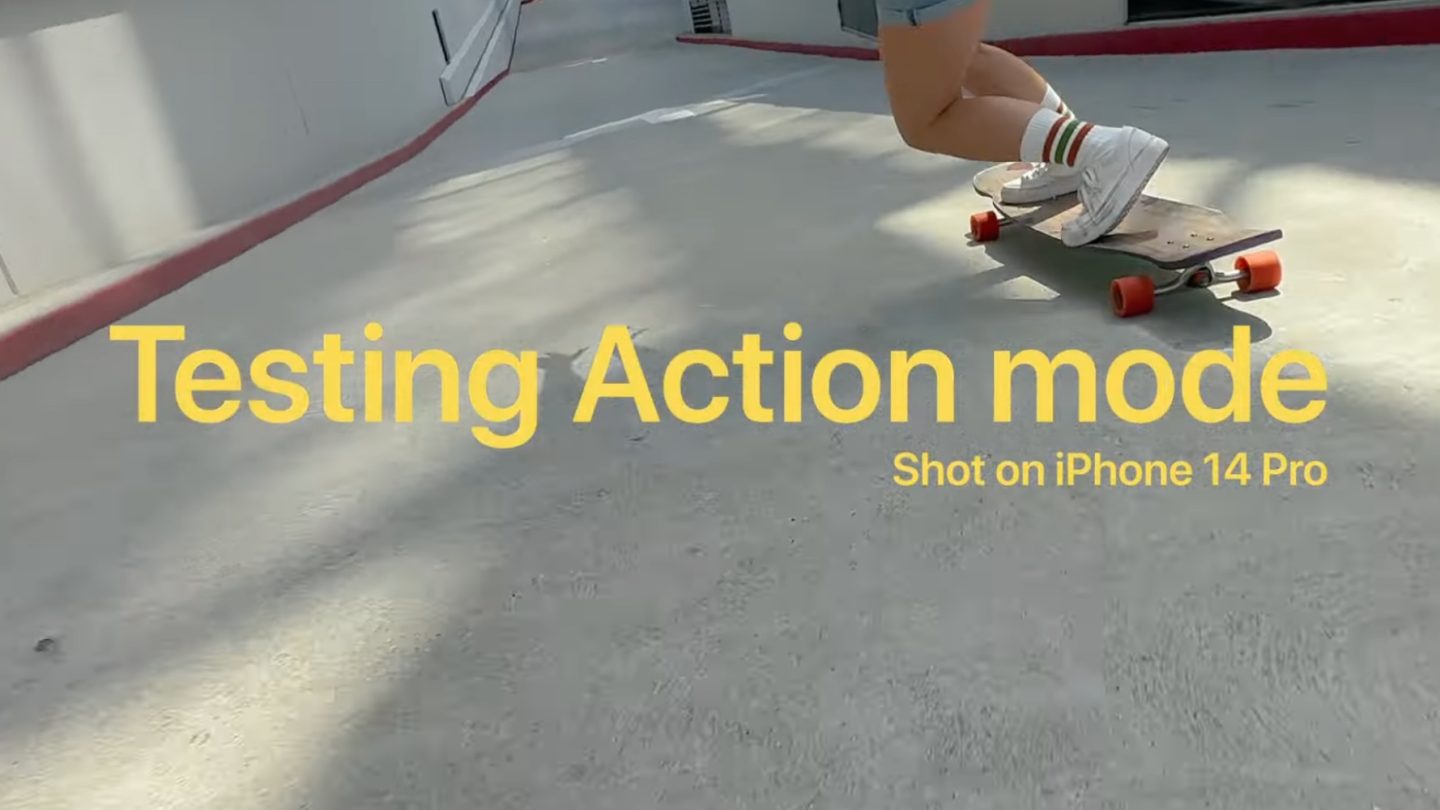 The new Action Mode function is one of the nicest features of the iPhone 14 series. Although it’s available with the iPhone 14 and the iPhone 14 Pro models, Apple just released a Shot on iPhone campaign highlighting how this feature works with its premium phone.

While the iPhone 13 series debuted Cinematic Mode, Action Mode shines with the iPhone 14 series. According to Apple, it brings “incredibly smooth-looking video that adjusts to significant shakes, motion, and vibrations, even when a video is being captured in the middle of the action.”

“Testing the stabilization of Action mode with extreme camera operators on iPhone 14 Pro. Commissioned by Apple,” says the video description.

Apple performs four tests with iPhone 14 Pro Action Mode feature, and the only one that doesn’t look that good is the 360 Rotation test – because there isn’t much movement recorded.

Here are the tests Apple performed:

With my tests, the iPhone 14 Pro Max can shoot amazing Action Mode videos, but there are a few things to keep in mind, such as:

If you try to shoot an Action Mode video without running or cycling, it’s better to use the iPhone’s regular camera stabilization sensor without this feature on.

You can check the result of Apple’s tests in the 2:38-minute video below: