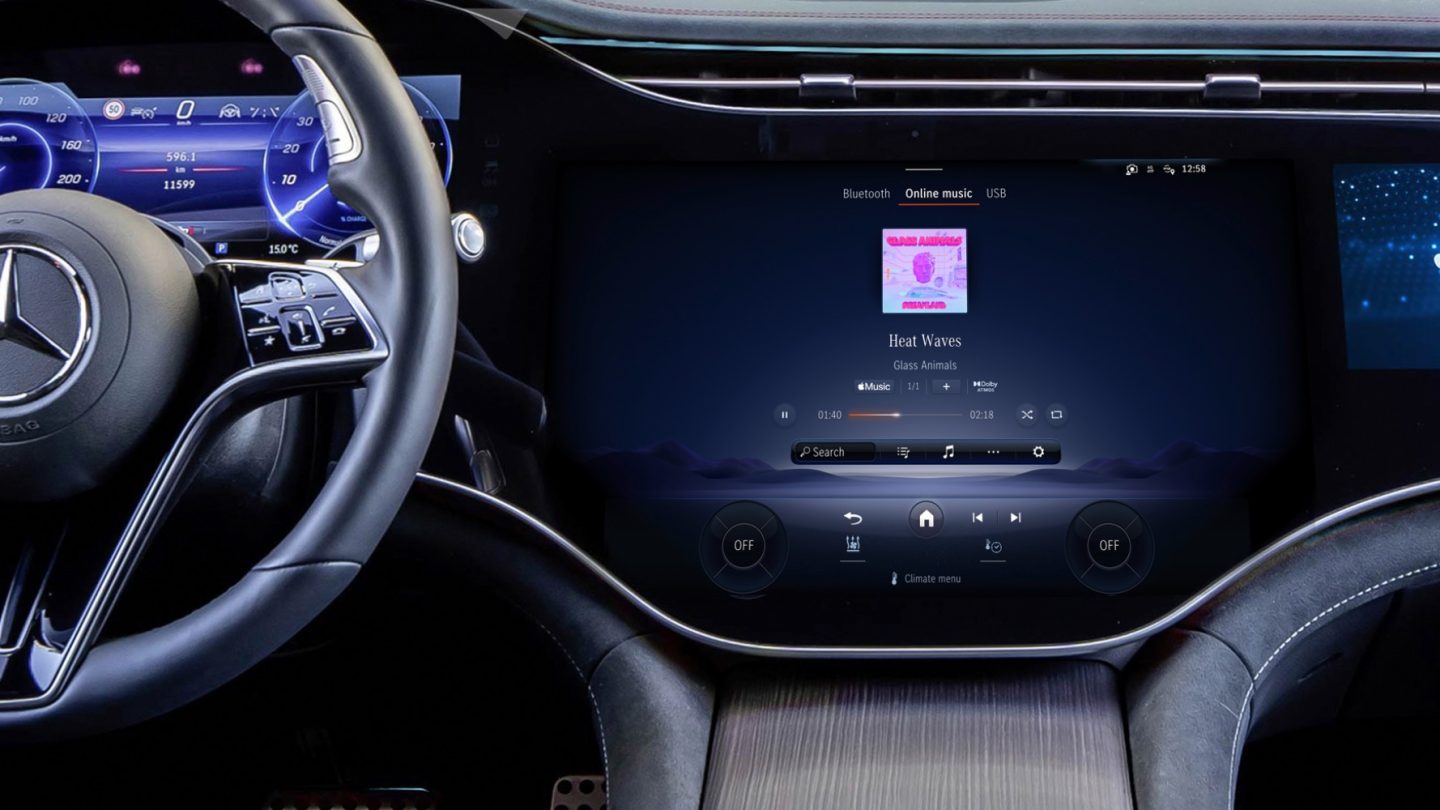 Last year, Apple announced Apple Music would feature Dolby Atmos with Spatial Audio alongside a catalog with Lossless songs. While this immersive way of listening to your favorite tunes has expanded from Apple devices to Android phones and other gadgets, the Cupertino company has announced this feature will finally be available in cars.

Apple is partnering with Mercedes-Bens to bring support for Dolby Atmos with Spatial Audio as a “native experience” in Mercedez-Bens vehicles for the first time. Apple Music with Spatial Audio will come fully integrated through the MBUX infotainment system in some Mercedes models.

“Sound quality is incredibly important to Apple Music, which is why we are so excited to be working with Mercedes-Benz to make Spatial Audio on Apple Music available natively in the car for the first time,” said Oliver Schusser, Apple’s vice president of Apple Music and Beats. “Spatial Audio is revolutionizing the way artists create and fans listen to music, and it’s an experience that is impossible to explain in words; you have to hear it for yourself to appreciate it. Together with Mercedes-Benz, we now have even more opportunities to bring wholly immersive music to our subscribers all over the world.”

Apple highlights that Mercedes-Benz drivers already subscribed to Apple Music gain “immediate access to an ever-growing selection of songs and albums available in Spatial Audio from some of the world’s biggest artists spanning all genres.”

In to that, Apple Music also offers curated Spatial Audio playlists where listeners can find an discover songs from their favorite artists. With an ever-growing catalog with more than 100 million songs, subscribers can find most anything they want to listen to. You won’t get to listen to Kanye West though, whose Essentials Playlist was pulled by Apple Music.

What cars support Apple Music with the Spatial Audio feature?

According to Apple, only a few Mercedes-Benz cars offer Apple Music with Dolby Atmos support:

The limited edition Mercedes-Maybach by Virgil Abloh, released to consumers last month, was one of the first cars in the world to offer this superior, multidimensional soundscape powered by the Burmester high-end 4D sound system.

Apple’s press release says, “the system includes 31 speakers, including six 3D speakers that emit their sound from above, four near-ear speakers in the front seats, and an 18.5-liter subwoofer; eight sound transducers, two amplifiers, and 1,750 watts of power.” Other models will support Spatial Audio soon.