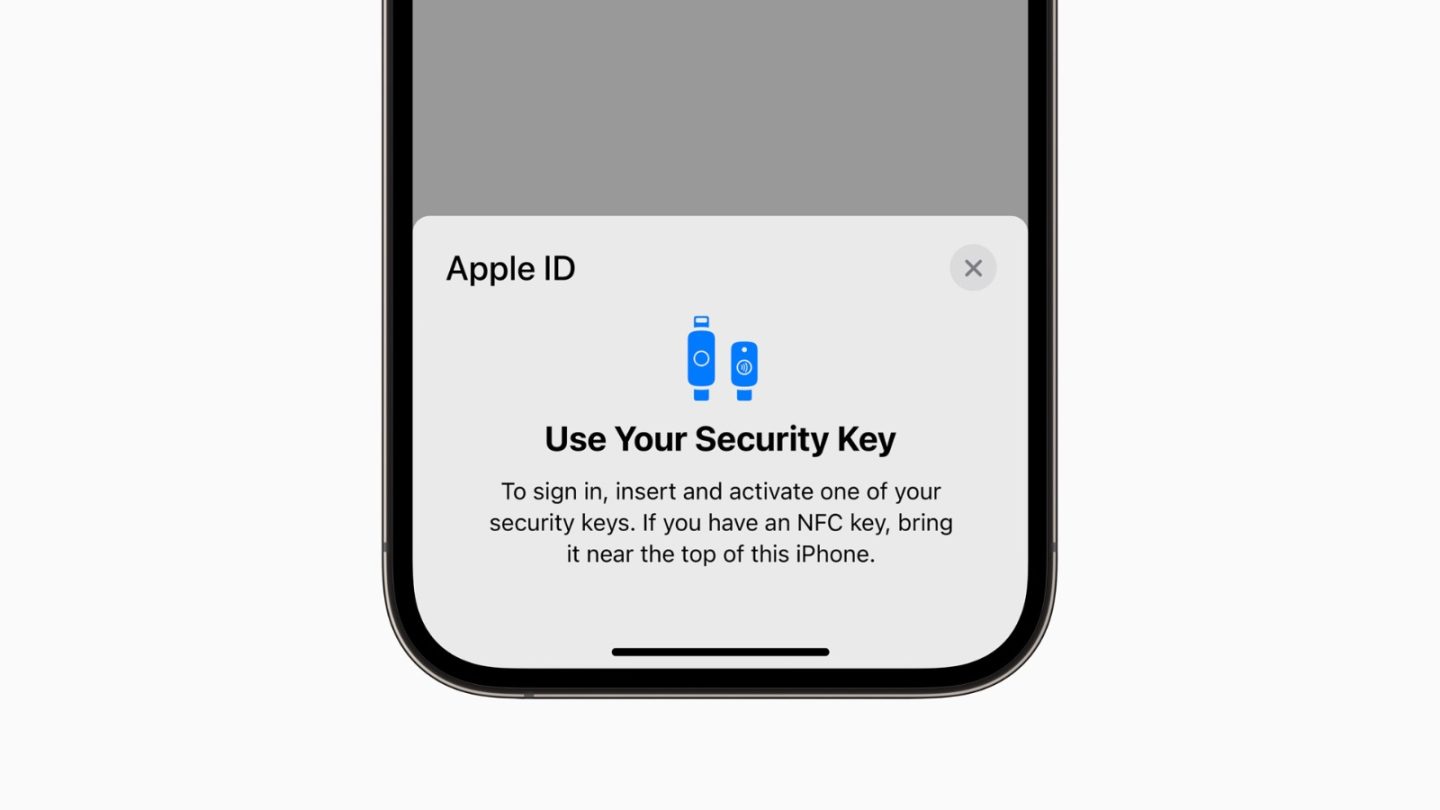 Early last week, Apple announced three big features coming to iCloud: Advanced Data Protection, Security Keys for Apple IDs, and iMessage Contact Key Verification. These functions focus on those at “higher risk,” – such as journalists, human rights activists, and diplomats. This is why Apple wants to give them an extra layer of protection.

Advanced Data Protection is already available with the recently-launched iOS 16.2. This feature expands the number of end-to-end encryption iCloud categories, such as Backup, Notes, and Photos, to 23. While we thought iOS 16.3 could bring this function to more countries, Apple is testing Security Keys for Apple IDs with the first beta of this upcoming update.

Security Keys allow customers to use third-party hardware security keys to enhance the protection of their iCloud data. Apple says this feature is designed for users who, often due to their public profile, face concerted threats to their online accounts, such as celebrities, journalists, and government members.

MacRumors discovered that Security Keys could be set up on devices running the iOS 16.3 beta 1 by going to Apple ID > Security Keys. To set up this function, users must follow the screen instructions and have supported FIDO Certified security keys.

Alongside iOS 16.3, iPadOS 16.3 and macOS Ventura 13.2 also support this function. Apple says that iMessage Contact Key Verification, the last of the three recently-announced features, will be available in 2023.

iMessage Contact Key Verification is made for users who face digital threats. They can further verify that they are messaging only with the intended people. According to Apple, conversations between users who have enabled iMessage Contact Key Verification receive automatic alerts if an exceptionally advanced adversary, such as a state-sponsored attacker, were ever to succeed in breaching cloud servers and inserting their device to eavesdrop on these encrypted communications.

“At Apple, we are unwavering in our commitment to provide our users with the best data security in the world. We constantly identify and mitigate emerging threats to their personal data on device and in the cloud,” said Craig Federighi, Apple’s senior vice president of Software Engineering. “Our security teams work tirelessly to keep users’ data safe, and with iMessage Contact Key Verification, Security Keys, and Advanced Data Protection for iCloud, users will have three powerful new tools to further protect their most sensitive data and communications.”

Don't Miss: iOS 16.3 beta teaches how to use Handoff feature from iPhone to HomePod