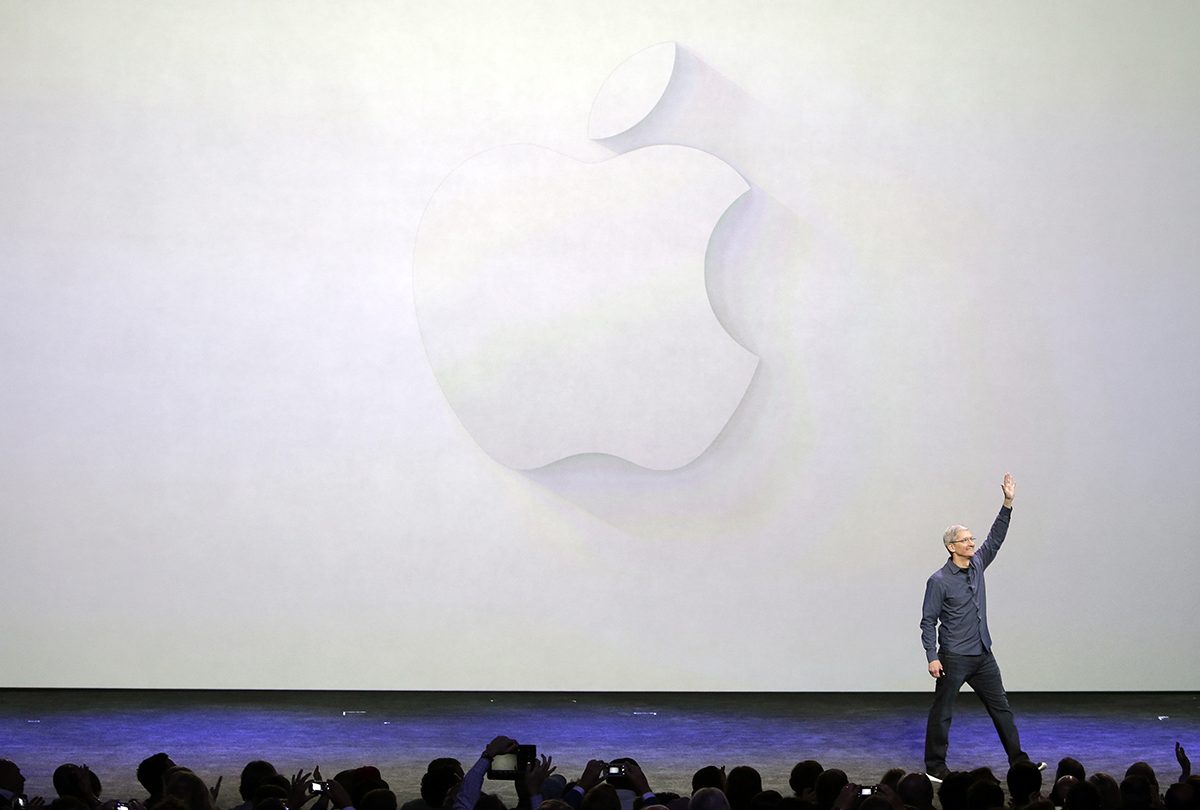 For Apple fans, today’s big “It’s Show Time” event wasn’t exactly the most hotly anticipated Apple press conference in recent history. In fact, it might not even crack the top 10. But for Apple, today’s event carries a tremendous amount of weight. For the past decade, Apple has made the lion’s share of its money selling hardware products. Specifically, the iPhone line and its sky-high profit margins are the reason Apple is the most profitable consumer electronics company in history. But as we’ve seen in recent years, iPhone growth simply isn’t sustainable — big smartphone markets are already saturated and people are keeping their phones longer than ever because it’s so expensive to upgrade these days. That’s a big part of the reason that Apple is turning to services as the company explores new ways to foster growth. Today we got our first look at the new services Apple hopes will carry the company’s media efforts into the future.

We can’t say anything Apple announced during Monday’s press conference came as much of a surprise considering all of the leaks and reports from the past few weeks. That said, we finally know all of the particulars regarding Apple’s upcoming new streaming entertainment and news services, and there’s plenty to unpack. In this post, however, we’ll unpack it all as we cover the five most important announcements from the Steve Jobs theater in Cupertino, California on Monday.

Apple on Monday announced a huge revamp to the Apple News product. What was once merely a news aggregator app is now evolving into a one-stop shop for all sorts of journalism called Apple News+.

First, Apple is adding magazines and digital subscriptions to Apple News. Time, Vogue, People, National Geographic, Popular Science, Billboard, The New Yorker, Sports Illustrated, Fortune, and New York Magazine are just some of the popular magazines that will be featured in the new Apple News+ hub. New issues of subscribed magazines and newspapers are downloaded automatically in the background, and more than 300 magazines will be included in the service at launch, as well as newspapers like The Wall Street Journal and The Los Angeles Times.

Apple’s second big announcement during today’s show is a brand new service called Apple Card, which is backed by Goldman Sachs and Mastercard.

The company says it has completely rethought the credit card with its new Apple Card product. It’s a credit card, but you can sign up in the Wallet app on your iPhone and get your card virtually right away. Balance information and payment details are all accessible in the Wallet app, and Apple even provides Apple Card customer support through the Messages app.

Apple Card uses machine learning and Apple Maps to translate conventional vendor transaction details to actual business names that are more recognizable. There are a number of tools included as well that are aimed at helping users track their spending.

As for rewards, Apple has introduced a new “Daily Cash” feature that gives users cash back on a daily basis. Money is added to an Apple Cash card in the wallet app automatically, and the cash back rate is 2% for all purchases except for purchases made from Apple, which earn 3% cash back.

Apple Card in the Wallet app offers several tools designed to reduce the amount of interest you pay, such as a real cost calculator and multiple payments per month. There are also no fees with the Apple Card, including no late fees and no over limit fees. Each Apple Card customer will also get a physical titanium card for locations where Apple Pay isn’t accepted. Purchases made with the physical card only get 1% cash back.

The Apple Card will launch in the US sometime this summer.

Rumors suggested Apple would be announcing a new gaming service during its event on Monday, and indeed it did. The new service is called Apple Arcade, and it’s a new way to deliver video games to users.

Apple Arcade offers financial backing to studios for the development of games that will be exclusive to Apple Arcade, and they’ll be playable on mobile devices, computers, and on . Apple Arcade subscriptions offer unlimited access to all games in the library, and it will launch with more than 100 titles available from day one.

A new Arcade tab in the App Store will provide access to Apple Arcade, and all games will work on iPhones, iPads, and Mac computers, as well as on the . No games will be permitted to display any ads, and no games will be allowed to include in-app purchases.

Apple Arcade will launch in more than 150 countries this fall, and pricing for the subscription hasn’t yet been announced.

The biggest news from today’s press conference is a new a la carte TV subscription service that lets you pay only for the channels you want to watch. Channels will live inside the app, and users only pay for the channels to which they would like to subscribe. All content is also available on demand, of course, and the redesigned app will also be home to streaming TV services from cable providers and similar offerings like PlayStation Vue.

The redesigned app will also provide live scores from sporting events, and it’ll be a portal for movies and TV shows you purchase in iTunes. A unified “Up Next” section in the app shows new episodes of all your favorite TV shows as they become available, to ensure you never miss a show. Hulu and Prime Video content is also available through the new app. It’s designed as a one-stop shop for all of the streaming entertainment you watch.

The new app will available on boxes, iPad, and iPhone beginning in May, and it’ll come as part of an iOS update. It’ll also be made available on macOS beginning this fall, and there will be a version made available for smart TVs (including Samsung, Sony, and Vizio), Roku devices, and Fire TV devices.

Dubbed +, Apple is dumping some serious cash into original shows and movies created by and starring some of the biggest names in Hollywood. Brie Larson, Bill Murray, Steven Spielberg, J. J. Abrams, Octavia Spencer, Steve Carell, M. Night Shyamalan, Jennifer Aniston, Ron Howard, and Reese Witherspoon are just some of the big names involved with projects that are currently in production.

Steven Spielberg will be rebooting Amazing Stories for +, an anthology series from the mid 1980s. Jennifer Aniston, Steve Carell, and Reese Witherspoon will star in The Morning Show, a show that analyzes the inner workings of a fictitious morning new show. Jason Momoa will star in a new show called See, a show about a world where only a few million survivors lived through a cataclysmic event, and they were all blind.

Kumail Nanjiani is making a series called Little America, a collection of immigrant stories in the United States based on true events. J. J. Abrams and Sara Bareilles are joining to create a series called Romantic Voice, a show about a young woman trying to  make it in the New York music scene. There’s also a new preschool show about using coding (yes, coding!) to solve problems. It’s called Helpsters and it features characters from Sesame Street.

There’s also one more personality you may have heard of who’s on board to create two documentaries and a new Book Club interview series for +: Oprah.

+ will be available in the new app beginning this fall. It will be an ad-free subscription service, but pricing hasn’t yet been announced.