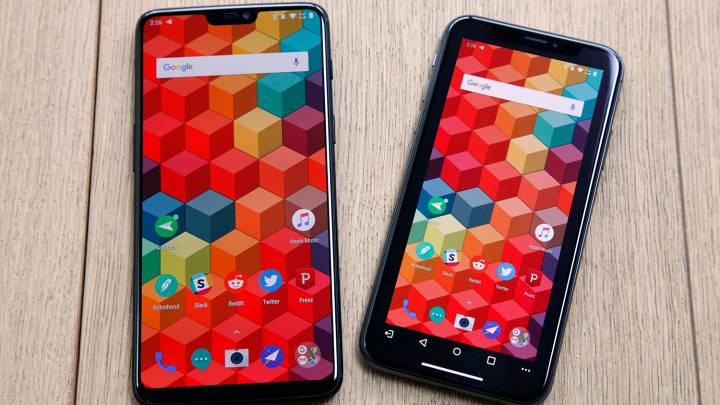 Earlier this year, BGR was among the first sites in the world to offer a first look at an exciting new piece of software. Built to work alongside its popular solution AirDroid, Sand Studio created an app called AirMirror that lets users control one mobile device from another smartphone or tablet. It was also the first application in the world to let users control Android devices from their iPhones. That’s right — AirMirror’s cross-platform support essentially allows a user to run Android on his or her iPhone, as pictured in the photo at the top of this post.

It’s an exciting new solution that opens up a world of possibilities that had previously been impossible. And now, the free AirMirror app is finally available to the public.

We explained how AirMirror works in our earlier coverage, but we’ll give you a quick run-through again. In a nutshell, the app mirrors the target device’s display and allows the user to remotely control the target device. That way, it’s as if the target device is running right on your smartphone or tablet. In the case of the iOS app, it basically lets you run an Android device on your iPhone.

The AirMirror app itself is free and it requires AirDroid to be running on the target device in order to function. AirDroid is also free, though there are paid tiers for heavy users. The setup is relatively simple and does not require the target Android device to be rooted, but there is a quick setup needed that will require you to connect your Android phone to a Windows or Mac PC in order to enable remote access.

Here are some of the features supported by AirMirror:

AirMirror for iOS also gives users the ability to control Windows and Mac computers, not just Android devices, and it includes some useful features that comparable solutions lack. For example, AirMirror lets you connect to a desktop computer from your iPhone and remotely enable the webcam so you can see the area around your computer on your iPhone.

AirMirror for iOS is available beginning immediately as a free download from the iOS App Store. AirDroid is also free and can be downloaded from the AirDroid website.