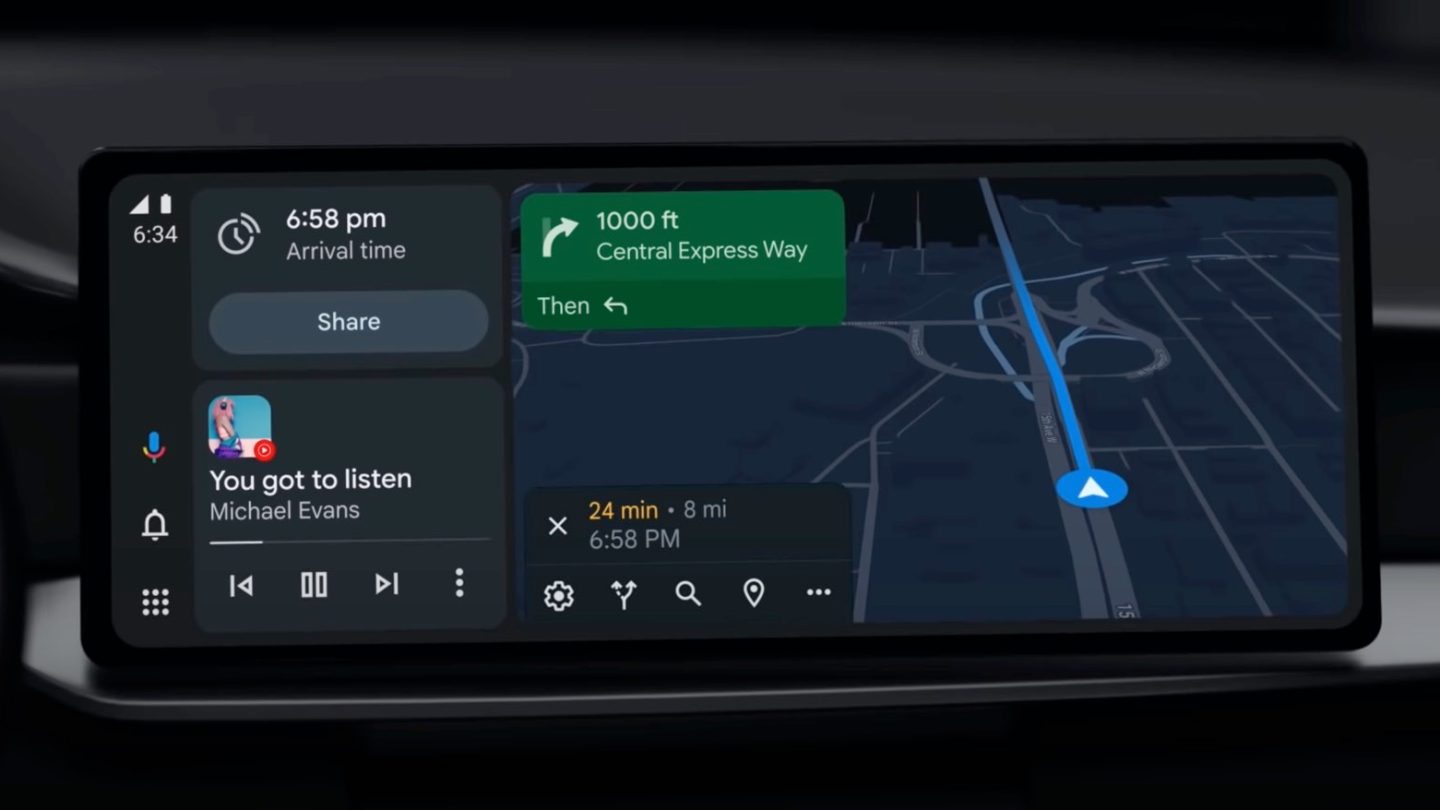 If you’re driving with Google’s Android platform in your pocket, you might also use Android Auto in your car. And if you are an Android Auto user, you should know that a big design makeover is heading to your car’s infotainment display. Last week at I/O 2022, Google announced that it will release a big Android Auto update this summer, which will let you make the most of the available display with a new split-screen mode.

That’s the most important change coming to Android Auto. Google will make it easier to use as much screen real estate as possible.

The app will adapt dynamically to any screen size or shape, thanks to a new split-screen user interface. It features tiles for the kind of apps you’d want to use while driving.

Google demoed the UI changes for Android Auto at I/O 2022, as seen in the animation and video below. The split-screen mode will support up to three apps, regardless of what your Android Auto display looks like.

The new Android Auto experience should make it easy to manage the types of apps you want to interact with while driving. The split-screen mode focuses on navigation, entertainment, and communication apps, with each class getting a tile on the screen.

Unsurprisingly, apps like Google Maps occupy the most display real estate. That’s understandable, considering that’s the kind of app drivers need to see. The messaging and entertainment tiles will auto-arrange themselves next to the navigation tile. But they’ll be a lot smaller in size.

The non-navigation apps will give you access to quick actions, such as music playback and quick messaging.

This multitasking Android Auto experience might seem distracting to some drivers. The UI offers plenty of elements that could potentially make you look away from the road. But the tile-based UI ensures that you won’t be switching between any of these apps while driving.

The split-screen mode will display information at a glance, without requiring interaction most of the time. The one exception concerns messaging. As you can see in the video below, you’ll have to interact with the screen to read and reply to messages.

However, Google Assistant will deliver contextual suggestions in the new Android Auto design. It’ll offer suggested replies to messages, music recommendations, and it’ll even suggest sharing arrival times with friends. The interaction with the screen appears to be minimal in the demo below.

If your car supports Google built-in, you probably have larger displays at hand. Google has additional features for those vehicles, catered towards improving entertainment — with a safety twist. Android Auto will support YouTube and other streaming apps. But they’ll only work if you’re parked.

Google did not announce an actual release date for the new Android Auto experience, but the new design update should roll out this summer.