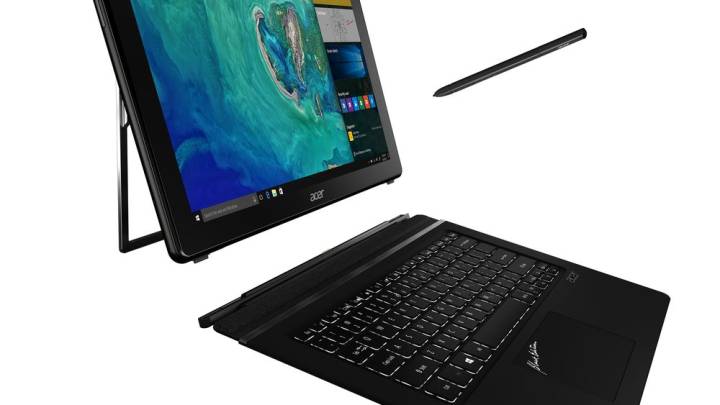 Ever since Microsoft made 2-in-1 laptops cool with the Surface, there’s been a rash of copycats looking to get in on the action. Acer has already made a Surface tablet lookalike, but it’s doubling down on the copying with the new Switch 7 Black Edition, and I’m excited.

Acer claims it’s the first “fanless” 2-in-1 laptop to hit the market with a discrete graphics card, which is a big deal if you like intense gaming in a very quiet library. Acer has been pioneering technology to run laptops without fans, using a liquid-cooling system as an alternative. It introduced the first liquid-cooled fanless 2-in-1 last year, and we assume the same technology is powering the Switch 7 Black Edition.

That liquid-cooled chassis is made of brushed anodized aluminum, which looks suspiciously iPhone-esque, in a good way. The screen is 13.5-inches with a 2256 x 1504 resolution, and the whole package weighs under 2.5 pounds.

Under the hood, we’ve got Intel’s latest 8th-generation Core i7 processor and an Nvidia MX150 discrete graphics card, which should combine to make this thing way more powerful than any 2-in-1 has the right to be. Ports-wise, it’s on the thin side: I can make out a USB-A and at least one USB-C, plus a headphone jack, but no HDMI or SD slots. It does look like there’s somewhere to stash the included Wacom stylus, though, which is better than just hoping you’re not going to lose it.

The Switch 7 Black Edition should start at $1,699 when it becomes available in December. 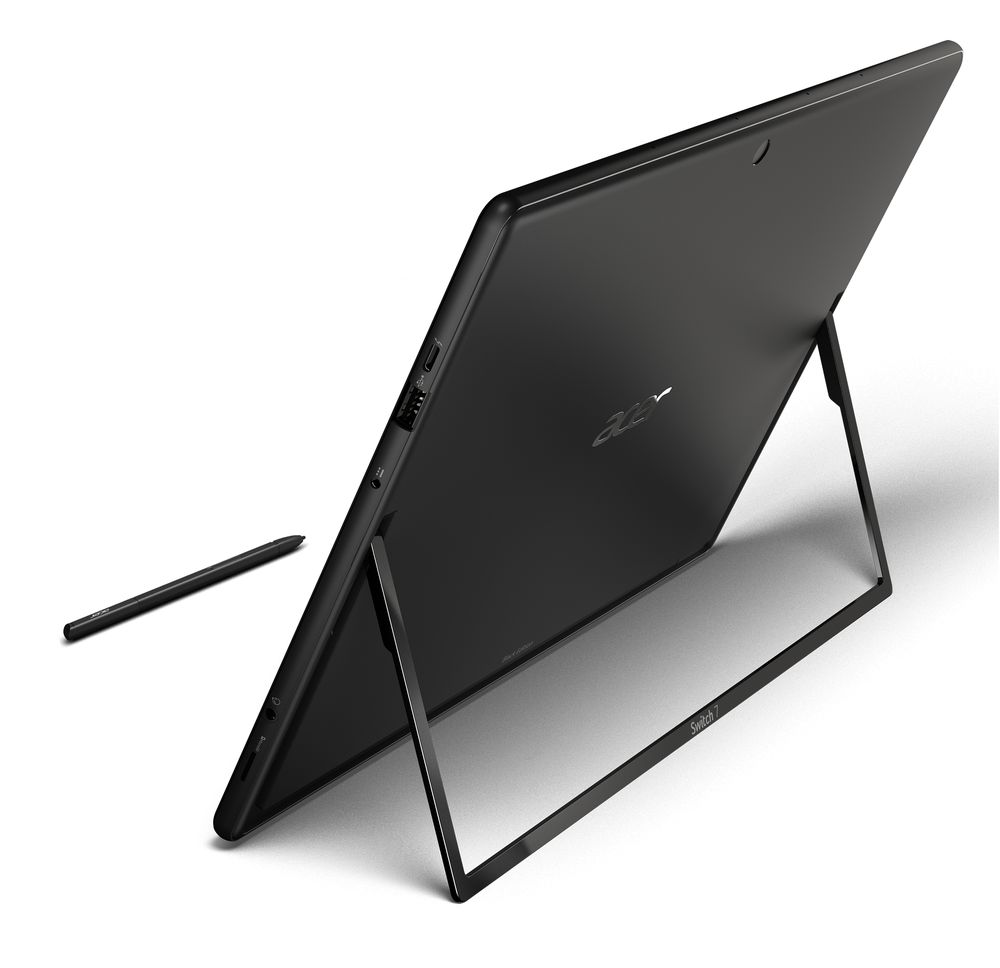