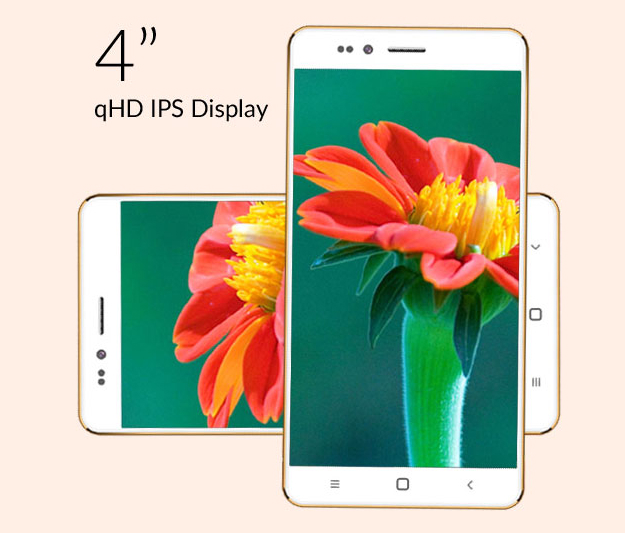 How much are you willing to spend for a smartphone? In case you’re not ready to shell out more than $600 for a brand new iPhone 6 or Galaxy S7, then you’re probably shopping for something more affordable. But what if there was a new mid-ranged Android phone that cost just over $3? Would you order one?

This isn’t some joke; the Freedom 251 Android handset is as real as they get. Unfortunately, you won’t be able to get your hands on one unless you’re already living in India, or ready for a trip to the country.

The device costs just $3.6 (251 INR in the local currency) but offers specs that were once considered to be of flagship status. The handset has a 4-inch display with 960p IPC LCD and packs a 1.3GHz quad-core processor, 1GB of RAM, 8GB of storage, 3.2-megapixel camera, and 0.3-megapixel front-facing camera. There’s also 3G support, dual-SIM slot, and a 1,450 battery. Best of all, the handset runs Android 5.1 out of the box, which is more than a decent default operating system, considering that not many other Android handsets have been updated to Android 6.0.

The phone goes on sale on February 18th, and it’ll probably sell like hot cakes.

So what’s the trick here, you ask? Do you have to sign your soul over to the devil to obtain this $3 Android handset? Nope, that’s hardly the case. Phone Arena speculates that the phone might be connected with the Indian government, which probably subsidizes it, part of an imitative to make technology available to the masses.

The company that makes the phone is called Ringing Bells and was incorporated just five months ago. The Freedom 251 website says that the phone should “empower citizens, even in the remotest rural and semi-urban centers of India, with the latest in digital technology.”