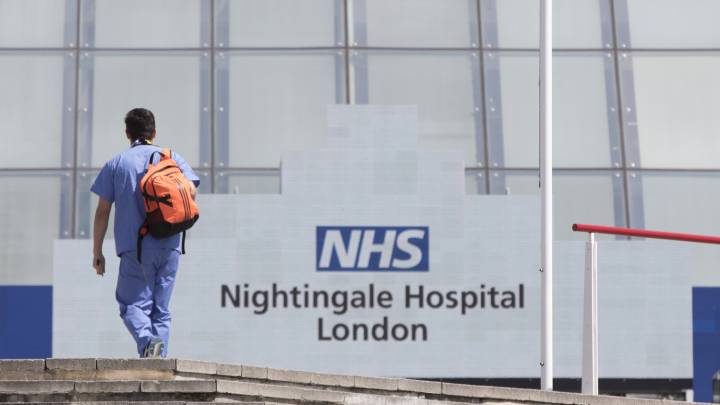 More than 100 novel coronavirus vaccines are currently in development, with around 10 of them having moved to clinical trials. Companies like Moderna and CanSino made the news recently for their progress. The American and Chinese trials started several weeks ago, and both companies announced preliminary results. Only CanSino published a full paper on the Phase 1 trial. Another promising COVID-19 vaccine candidate is the one from Oxford, which started clinical trials a bit later, but is now advancing to Phases 2 and 3 of the test. Of all the COVID-19 vaccine candidates, Oxford’s is the one that could be ready for use as soon as September.

However, all of these companies have run into an unexpected issue, one that Oxford detailed a few days ago. There might not be enough sick people around to test the vaccine, which could lead to delays. The pandemic is far from being over, but there aren’t as many cases in some of the areas where these vaccines would be tested, including European countries and China. And without the pathogen moving freely inside a community where vaccine volunteers live, there’s no way for researchers to see if the vaccine works. Therefore, AstraZeneca, the pharmaceutical giant that partnered with Oxford to manufacture the vaccine, has confirmed that it’s considering infecting volunteers with SARS-CoV-2.

Phase 2 and 3 will include as many as 10,000 volunteers in the UK, but only half of them will get the drug. Researchers will then observe these two cohorts and see who gets infected. The idea is to demonstrate that the vaccine can create neutralizing antibodies that can stop the virus from replicating once it comes in contact with human cells. The control population, which will be given a placebo drug, will still experience an ordinary course of COVID-19 if they get infected.

But if there’s not enough virus to go around, then people can’t be exposed to it, which means researchers won’t be able to prove that the antibodies work. We already know the Oxford candidate can produce neutralizing antibodies in monkeys and can stop the infection from reaching the lungs and prevents atypical pneumonia which unvaccinated subjects may develop. But these antibodies have to prove their worth in human trials in real-life conditions. And if there’s no virus, it’s not possible to draw any meaningful conclusions.

The executive made these comments during a briefing held by the International Federation of Pharmaceutical Manufacturers and Associations (IFPMA), where other pharmaceutical leaders appeared.

Soriot also addressed the possibility of challenge trials, which are human tests where subjects are intentionally exposed to the pathogen after being given the drug that needs to be tested. Usually, these challenge trials are approved for illnesses that already have a known cure, but COVID-19 might be the exception. There’s no standard care for the new disease, but the World Health Organization previously approved guidelines that pharmaceutical companies need to adhere to for challenge trials.

AstraZeneca has already secured orders for 400 million units of the vaccine, including 100 million for Britain and 300 million for America. Furthermore, it negotiated with India as well for the mass production of up to 400 million units, even though there’s no guarantee the Oxford vaccine will be useful, despite the promising results so far.

A challenge trial would be risky for volunteers, as they’ll have to get both the vaccine shot and then the virus. They will have to stay in quarantine before being infected, and then extend the isolation period until researchers say they’re either immune or have been cured.

Thousands of volunteers have registered on a site for these sped up clinical trials, although no company seems ready to announce a challenge trial for COVID-19 vaccines. Like Oxford and AstraZeneca, everyone else is running into the same problem. Nearly 27,000 people from 102 countries have registered for challenge trials on 1DaySooner.

At the same briefing, Johnson & Johnson’s CSO Paul Stoffels said that the disease is moving to other parts of the world, suggesting that vaccine trials could follow it. “Hopefully [trials] can be done in the north,” he said. “If not, we’ll have to go to the south.” China’s CanSino started trials in Canada for its vaccine candidate.