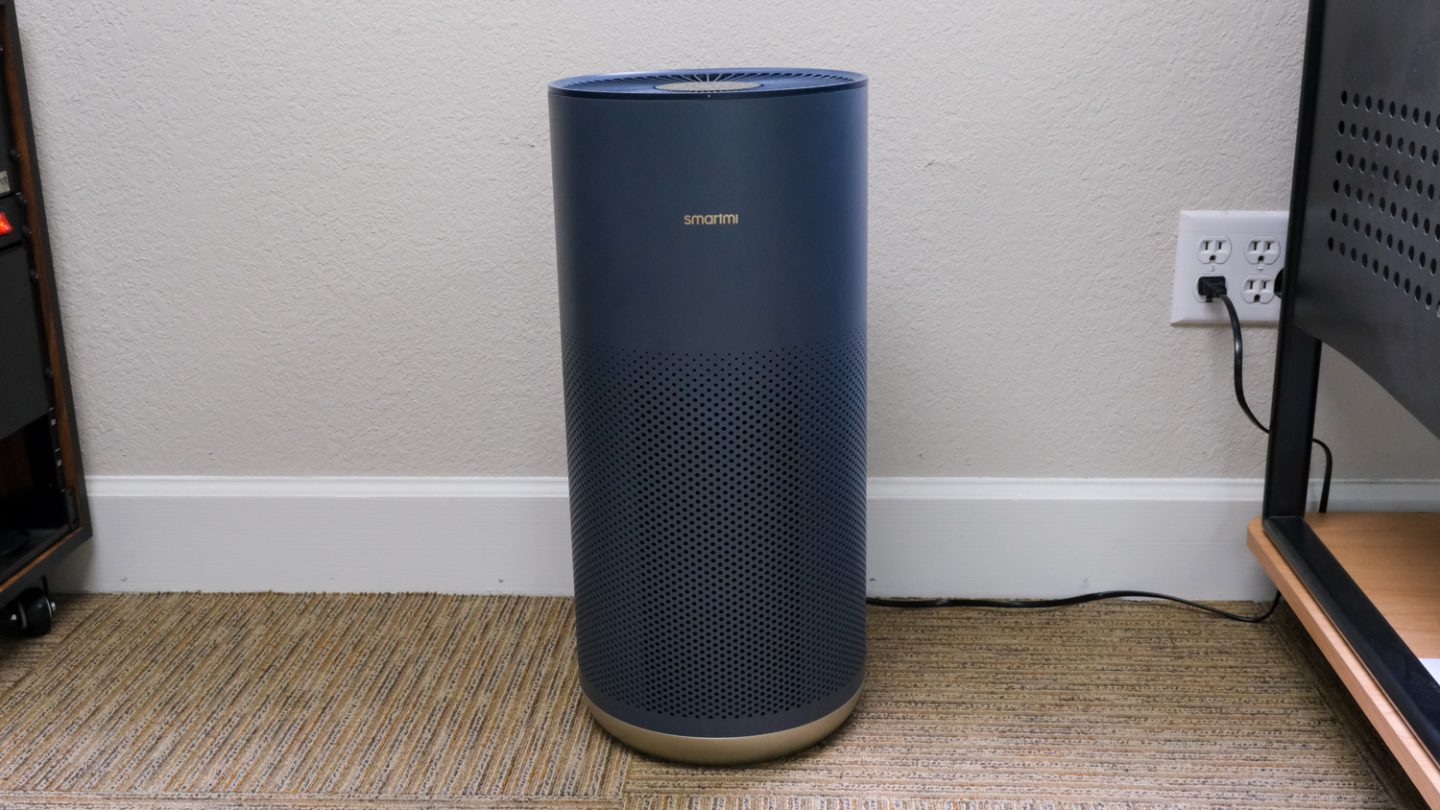 As someone who lives with seasonal allergies, keeping the air around me clean and clear can make a huge difference in my life. Over the past few years, air purifiers have gone from somewhat of a luxury product to something a little more accessible — led by products like the Smartmi Air Purifier P1. Now, however, the company has launched a new HomeKit-compatible air purifier in its lineup — the Smartmi Air Purifier 2.

While the name is a little confusing (why not call it the P2?), this purifier is designed to cover larger rooms, and takes advantage of more advanced technology like its new UV sterilization. It’s a fair bit bigger than the P1, but that’s to be expected given its purpose. Does it warrant the $230 price tag? I’ve been using the Smartmi Air Purifier 2 to find out.

The Smartmi Air Purifier 2 is well-designed and easy to use, plus it works in your favorite smart home ecosystem — at a lower cost than much of the competition.

Like the last-generation Air Purifier P1, the new Air Purifier 2 is built in a cylindrical design, with a display on the top, and power output on the back. The overall design isn’t very complicated, but it is a lot larger than I expected. It measures in at 22.17 inches tall, with a diameter of 10.24 inches. Safe to say, you’ll need to find a place for it in your home.

Despite the large size, I don’t mind the look of it. The device comes in a navy blue plastic, but it looks relatively premium and should look good in any home. On the back is a small hatch that can be removed, giving access to the device’s air filter. You can change the air filter as needed, and it uses the same filter as the older Air Purifier P1.

As mentioned, on the top of the device is the OLED display, which is one of the ways that you can interact with the device — the other being through your phone. The display is pretty well organized, allowing you to turn on the purifier for a set amount of time, or to simply set it to auto mode, in which it will automatically turn on and off as needed. On the display, you’ll also see information about the air quality in your home.

Setting up the Smartmi Air Purifier 2 is very simple — especially if you only plan on using it with Apple’s HomeKit. In that case, all you need to do is plug the purifier in, and scan the HomeKit code on the back of the device. You’ll then be able to turn it on and off, and set automations.

In HomeKit, the Air Purifier offers a few different “devices.” You’ll be able to control whether or not the purifier is on or off, along with the fan speed.

You can also set the device up to work with Google Assistant or Amazon Alexa, if you so choose, and it’s as easy as connecting your accounts. I set them up to test the connection but mainly used Apple HomeKit during testing.

The Air Purifier 2 also works with Smartmi’s own app, called Smartmi Link. It’s a little unfortunate that it doesn’t work with the same apps as some of Smartmi’s other devices. That said, you’ll be able to see a graph of air quality over time, along with the ability to control

The Smartmi Air Purifier 2 is relatively basic in use, but that’s not a bad thing — it dutifully filters the air around it, and it does a good job at it. The purifier is built to support room sizes of up to 484 feet squared, and Smartmi says it’s able to refresh the air up to three times per hour in rooms that size. It can remove particles as small as 0.08 micrometers in size, and it has a built-in ultraviolet light that Smartmi claims can kill germs, bacteria, and airborne viruses. Timely. Overall, Smartmi says that the purifier can remove 99.98% of particles down to 88 nanomemters.

Now, we’re focusing on the tech side of the purifier in this review, and were unable to test Smartmi’s claims when it comes to actually purifying the air. The display on the purifier seemed to indicate that it was cleaning the air around it, and the previous-generation purifier, the Smartmi Air Purifier 2, offers good filtration levels.

In HomeKit, the Air Purifier 2 is relatively easy to use, though some of the settings and features can be a little hard to find at times. Through the Home app, you can control whether the purifier is on or off, and set the fan speed. You can also see the air quality, and see the state of the air filter built into the purifier. Some of these settings require digging into the settings of the device a little, but considering it’s a feature you probably won’t use all that much, that shouldn’t be a huge deal.

The purifier is relatively quiet too. Obviously, this will depend largely on the fan speed you set it to, but even on high, I found it easy to ignore, especially while watching TV or listening to something else. You can hear it at higher speeds, but it’s background noise. At lower fan speeds, it’s barely audible.

If you’re looking for a smart air purifier that can cover larger spaces and works within the HomeKit ecosystem, then the Smartmi Air Purifier 2 is an excellent option. It’s well-designed and easy to use, plus allows for easy control in the Apple Home app. It’s cheaper than much of the competition, better designed than most others, and relatively quiet.

It’s also worth considering, of course, Smartmi’s other air purifier — the Air Purifier P1. The decision between these two is pretty simple. If you want something for smaller spaces, get the P1. Otherwise, get the Air Purifier 2.

The Air Purifier 2 also competes with the likes of the Molekule Air, but for around half the price. Unless you need something to really cover large spaces, I recommend sticking with the Smartmi device, considering the much lower price.

Should I buy the Smartmi Air Purifier 2?

Yes. It’s an excellent option for the money, and well worth the price.