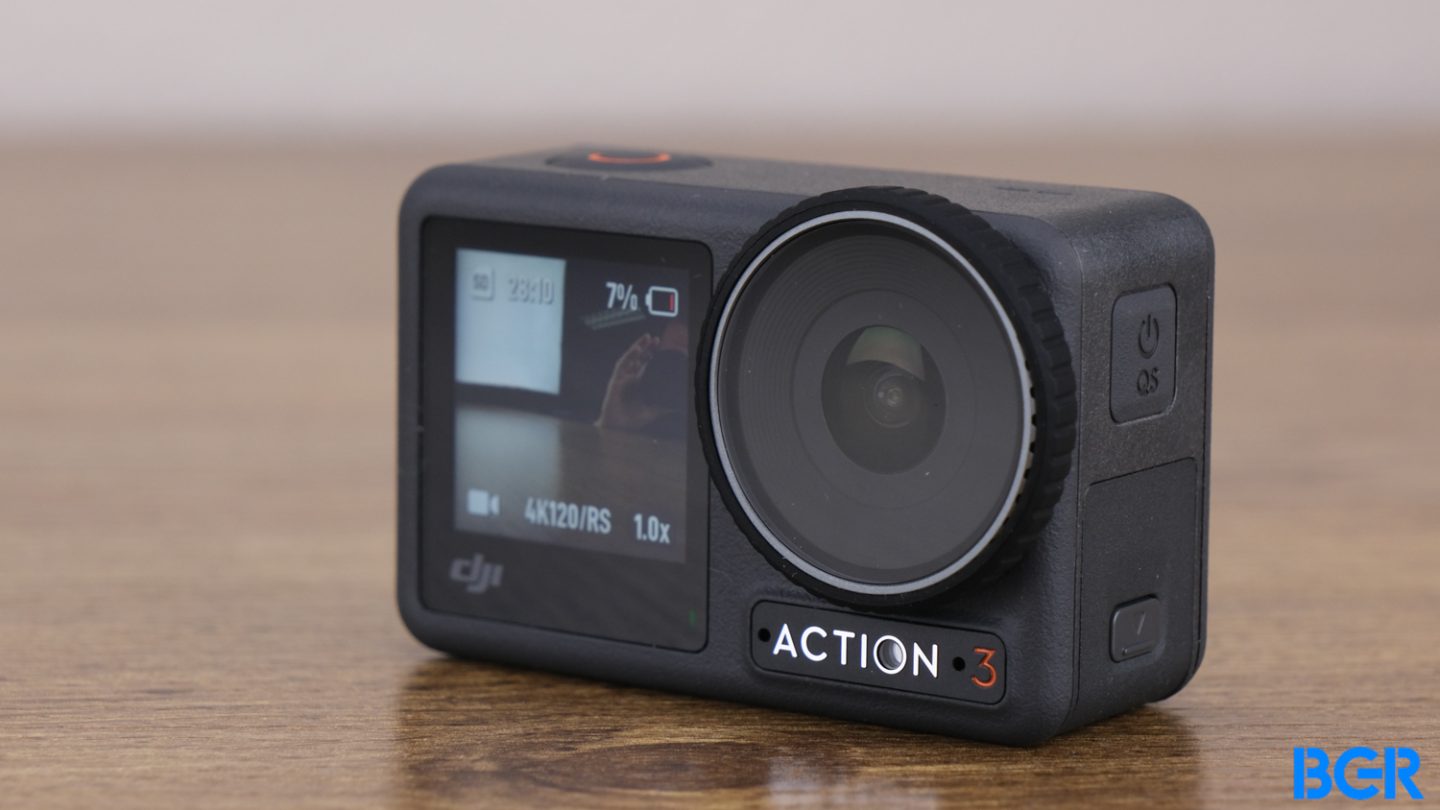 GoPro and DJI are going head to head. While GoPro just launched its new GoPro Hero11 Black, with a taller sensor that makes for better stabilization and support for 10-bit video, DJI is getting more serious about its own action cams. Enter the new DJI Osmo Action 3.

The DJI Osmo Action 3 boasts a full redesign, two touch displays, and a host of camera upgrades. That’s completely different from the previous-generation DJI Action 2, which had a modular design and connected to accessories magnetically. The Osmo Action 3, despite being new, kind of takes a more traditional approach to the concept of an action cam.

But does that pay off?

The DJI Osmo Action 3 goes head to head with the GoPro Hero11 Black, with a lower price point and a range of new features. How does it compete? 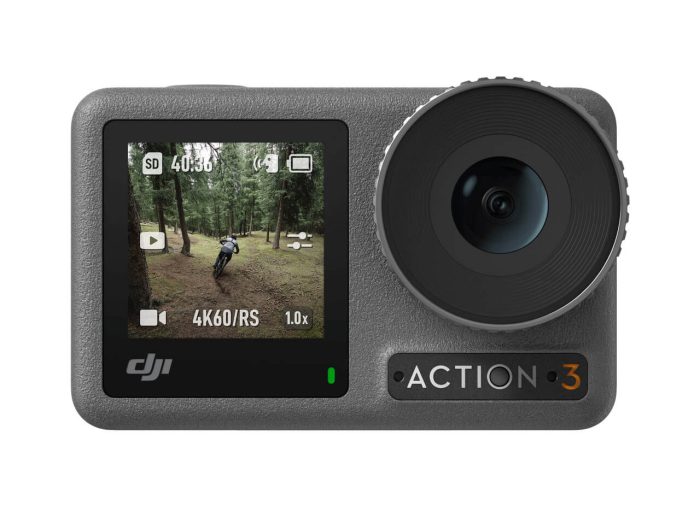 As mentioned, the DJI Osmo Action 3 does away with the modular design introduced by the DJI Action 2, in favor of an all-in one design that basically means that you don’t need different modules. So innovative.

Sarcasm aside, I generally prefer this approach. The module ecosystem may have made it easier to tweak your overall setup, but most want something they can open and start using right away, and the Osmo Action 3 offers that.

On the front of the Osmo Action 3, you’ll find the camera lens and the 1.4-inch front screen, while on the back can be found the 2.5-inch rear display. Then, on the right side (when looking at the front), you can find a power button and a door for the USB-C port, while the left side houses the door for the battery and MicroSD card slot. On the top is a record button.

Despite not being fully modular, there are still tons of attachments and accessories that you can use with the DJI Osmo Action 3. That includes a waterproof case, a number of different mounts, and even a protective lens cover. And, you can buy battery replacements to extend the battery, and if you buy the Adventure Combo, you’ll get three Extreme Batteries that you can swap out as needed. Many of the accessories attach magnetically just like the previous-generation Action 2. I really like this system, and appreciate that it has remained here for the Osmo Action 3.

The DJI Osmo Action 3 offers water resistance to up to 16 meters, which outdoes the GoPro Hero11 Black, which sits in at 10 meters.

The DJI Osmo Action 3 may generally look a little dated, but DJI is taking its action cam back to basics. That’s a good thing — the camera isn’t as customizable, but instead, it should work out of the box for the vast majority of users. I think that’s a good move.

The overall interface on the DJI Action 3 is very easy to navigate. The main screen shows a live feed of the video, and it’s very easy to change the settings. There’s a settings button on the right side, and you can easily change the resolution and framerate using the button at the bottom of the interface. On the left side, you can change capture modes and you’ll see information about your storage space.

The interface is actually relatively customizable too. You can create custom profiles for shooting, then quickly and easily switch between those profiles depending on the situation you’re in. It’s a handy feature, especially for those who have specific workflows that they regularly make use of.

The DJI Osmo Action 3 works with the DJI Mimo app too. The app allows you to see a live feed of the video captured by the camera, plus it lets you see any downloaded footage and photos. You can adjust the camera’s settings, change camera modes, and more — all without actually touching the camera itself.

I do generally prefer the GoPro Quik app experience though. The GoPro app is a little better designed, and offers more customization. But they both handle the basics pretty well, allowing you to quickly transfer captured content to your phone and change settings in real-time.

The Osmo Action 3 supports a 4K resolution at 120 frames per second in a 16:9 aspect ratio. It also supports technology like DJI’s RockSteady stabilization technology, along with the HorizonSteady tech that the company debuted in the DJI Action 2 camera. And, the camera has the same sensor as the Action 2, which is a 1/1.7-inch CMOS sensor with a 12-megapixel resolution

Generally, video looks great. Colors are relatively vibrant and bright, and detail is solid overall. The RockSteady stabilization continues to work well, and the camera now comes with a support for new vertical video recording, which is perfect for the TikTokers and other vertical video creators out there. And, you can use the camera to live-stream over Wi-Fi to YouTube, Facebook, and RTMS, though you’ll be limited to a 1,080p resolution.

The DJI Osmo Action 3 is an excellent action cam with a range of features for the modern creator. At first glance it can feel like a step back, but the overall form works very well. Video quality is excellent, the camera is super easy to use, and generally, it’s a great option that doesn’t break the bank.

The big competition right now comes in the form of the GoPro Hero11 Black. The Hero11 Black is more expensive, but ultimately, offers better image quality and I think a better app. If you don’t mind spending a little more I highly recommend going for it. But you’ll still be thrilled with the DJi Osmo Action 3.

Should I buy the DJI Osmo Action 3?

Yes, but only if you want to save cash instead of buying the GoPro Hero11 Black.

More drone coverage: See our review of the DJI Avata.