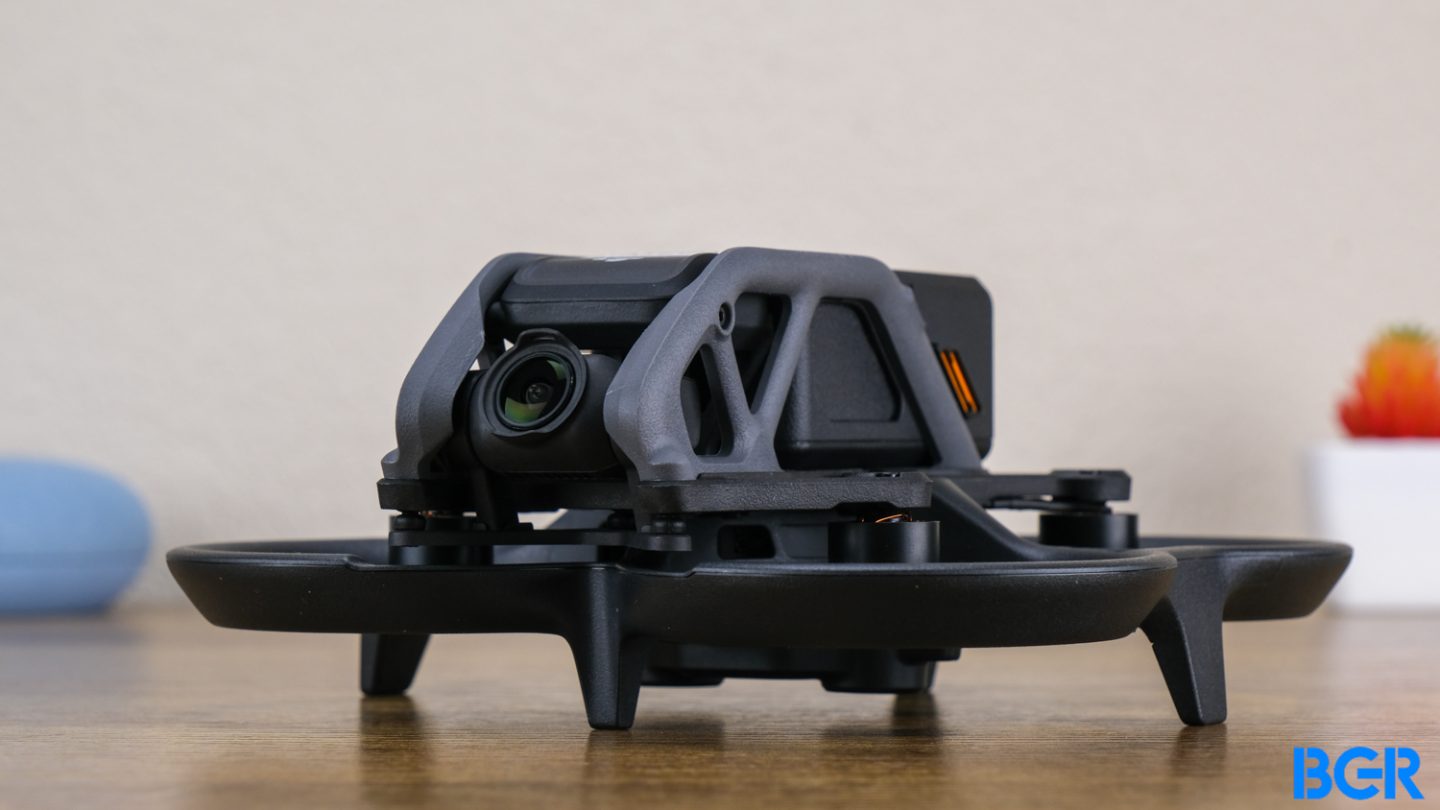 Drones seem to be in a bit of a weird spot. Just a few years ago, they were all the rage, and seemingly everyone wanted one. That hype seems to have died down a little by now. But the tech is still going strong. Drones are better than ever — and becoming more immersive than ever. That’s where the DJI Avata comes in.

The DJI Avata is the latest in DJI’s FPV series, allowing you to see what your drone sees through a pair of virtual reality goggles. The result is an experience that makes you feel like you’re the one flying — not the drone. Yeah, it’s pretty cool.

But just how immersive is the DJI Avata? And how does it compare to the DJI FPV? I’ve been using the DJI Avata drone for a while now to find out.

The DJI Avata is the new best FPV drone out there. It’s not cheap, but it works great, is fun to fly, and has a pretty good battery life,. 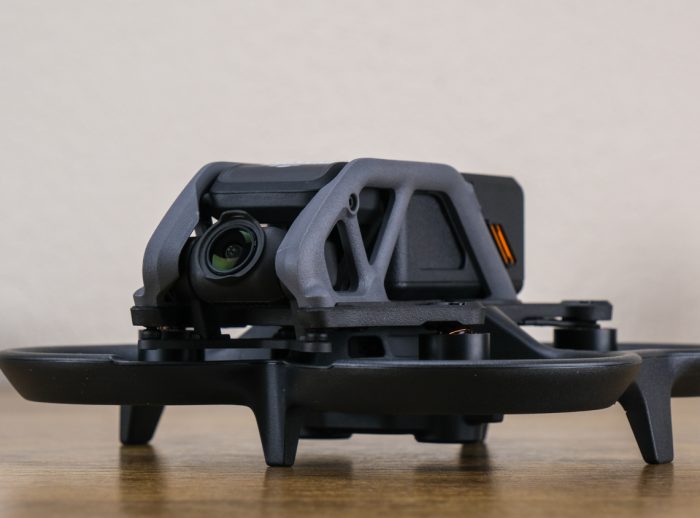 The DJI Avata isn’t just a minor update to a previous device — it’s an all-new offering with a totally new design. It looks nothing like the DJI FPV — instead offering a small footprint and propeller guards, making flying it that extra bit safer. I definitely felt a little more confident flying it than I otherwise might have.

The bottom of the drone is taken up by the four propellers, with a few sensors on the bottom face. Towards the top, you’ll get the main camera, with a camera guard when you’re not using the drone, and a removable battery.

It’s a relatively intuitive and easy-to-use design. It’s easy to attach and detach the camera guard and battery, and I really like the smaller design on offer here — like I liked the smaller footprint of the DJI Mini 3 Pro.

We’ll go over some of the included accessories below — but there is one thing missing: A carry case. This is a little frustrating, given the fact that there are so many bits and pieces to keep track of. DJI really should have included a bag or case for this drone.

Of course, there are other accessories that work with the drone too. The drone actually works with the DJI FPV Goggles V2, but it’s launching alongside the new DJI Goggles 2, which I’m using with it. The DJI Goggles 2 are smaller and lighter than the DJI FPV Goggles 2, but they’re far from perfect. They’re pretty uncomfortable on my big nose, and they don’t have a built-in battery, meaning that you have to attach an external battery to use them. I understand that the result is a lighter headset, but I wish DJI had come up with a better solution.

Still, generally, the Goggles 2 work quite well. They’re highly adjustable, so you can make sure that they work well for your face and eyes, and see the video feed properly. The included strap works fine, but a strap over the top of your head probably would have ensured that it stayed in place better. DJI isn’t necessarily a VR company, but it could have learned a little by looking at headsets like the Meta Quest 2. Generally, the Goggles work well and are comfortable enough to wear for shorter periods of time.

Unlike the FPV Goggles V2, the new Goggles 2 has a touch surface that you’ll use to control the built-in software. It takes a little getting used to, but it works quite well and you’ll learn how to use it pretty quickly. I found it to be responsive, too, which is helpful.

The image quality on offer by the Goggles 2 is pretty good. The display is bright and colorful, and high-resolution enough for this application. Eventually, it would be nice if the drone could transmit video at higher resolutions, which would help make images look more realistic.

The other thing I would like to see from a future DJI FPV device is a more immersive way of experiencing video. That’s to say, with the Goggles on, it’s basically as if you’re looking at a big TV in front of your face. You won’t get 360-degree or even 180-degree video like you would if you were in a VR game or watching video filmed for VR. This would require different cameras on the drone itself, but would actually make it seem like you’re actually flying, rather than just watching a video feed in a pair of VR goggles.

The last device in the package that I’m reviewing is the new DJI Motion Controller. This controller is built for a more intuitive and immersive experience, and it generally does pretty well at this.

The vast majority of the time, you’ll use the trigger on the controller, and steer your drone by moving the controller. You’ll turn by tilting the drone left or right, and move up or down by tilting it…up or down. It’s very intuitive, which is nice.

There are a few other controls on the controller though. There’s a brake button that will immediately tell the drone to hover in place, and a record button to start and stop recording. There’s also a mode switch button, to change flying modes, and a gimbal tilt slider to tilt the camera gimbal. At the beginning, you’ll likely stick with a few of the most important controls, but as you get used to the controller, you’ll be able to use all the different buttons and controls.

Actually flying the DJI Avata is a ton of fun. It took me a few flights to remember that the flying mode dictates how fast it can fly, but that’s a good thing — it allowed me to get used to how to fly the drone before diving into the super-fast Manual mode.

With a maximum battery life of around 19 minutes, the drone offers a better battery life than most other FPV drones. Actual flight time is probably close to between 10 and 15 minutes, but that’s still not bad at all — and you can replace the battery for longer flying.

I recommend starting with Normal mode before you start to branch out to the other modes. That said, Sport Mode was easily more fun than Normal mode, simply because of the fact that it was able to get faster than Normal Mode. I would have liked to test Manual Mode, with its huge speeds, but couldn’t.

The DJI Avata is capable of capturing 4K video at up to 60 frames per second, or 1,080p video at 120 frames per second. Colors are relatively vibrant, and footage is detailed enough for most situations. That said, if you’re looking for something for truly cinematic video, then you may want to consider the DJI Mavic series, which offers a better camera sensor, or something else entirely.

Still, I quite liked the footage I was able to capture with the Avata. You can see a sample of it below.

The DJI Avata is an excellent FPV drone with all the DJI tech that you would want under the hood. It captures solid video, is a ton of fun to fly, and works with some great new accessories. It’s far from cheap — the drone by itself costs $629, and the Pro-View Combo with the new Goggles 2 costs $1,388. But if you’re in the market for a new FPV drone, it’s absolutely worth considering.

There are lots of FPV drones out there, but few are as well-rounded as the DJI Avata. Ultimately, the Avata is probably the best choice for most people, though it’s still worth considering drones from the likes of iFlight.

Should I buy the DJI Avata drone?