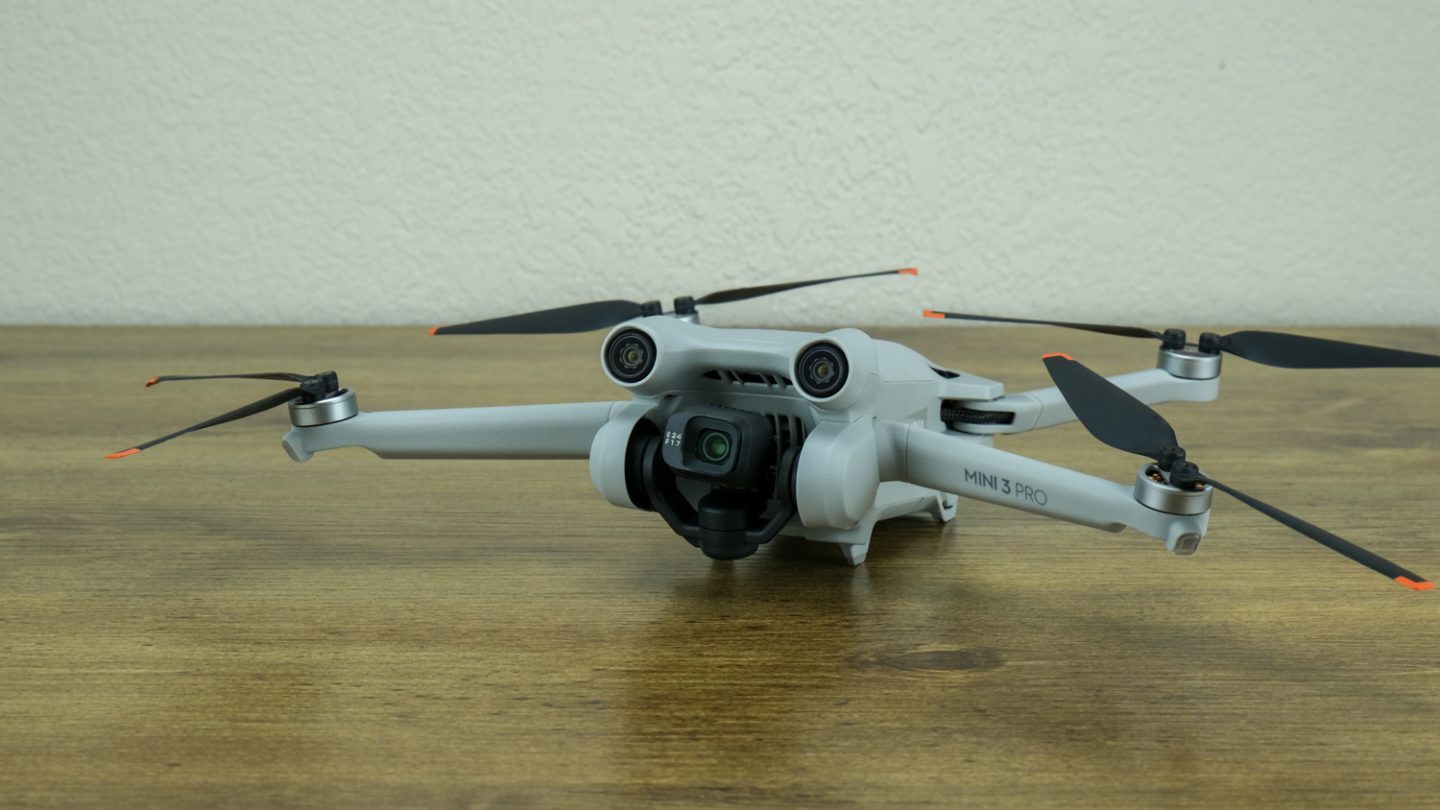 It seems as though DJI is allergic to minor updates in the Mini line. The DJI Mini 2 represented a huge upgrade over the original Mini, thanks largely to the addition of OcuSync. Now, however, the company is back with a third generation — the new DJI Mini 3 Pro is leaps and bounds better than previous models.

Of course, it better be great. Even the entry-level Mini 3 Pro package is $669, more than $200 more expensive than the DJI Mini 2. And if you upgrade to a package that actually comes with a controller instead of relying on your phone, you’ll pay at least $759, if not more for extra accessories, and you’ll still have to use your phone to view video. For the ultimate package, which comes with a controller with a display built into it, you’ll shell out $909. That’s without the $189 Fly More Kit or the $249 Fly More Kit Plus, which come with a carry case, extra batteries, and extra propellers.

It’s pricey, to be sure. But it’s also a whole lot better than the DJI Mini 2, and arguably, worth the cash. It’s nimble in the air, easy to learn how to fly, and captures some pretty great footage. I hope DJI launches a new entry-level model that beginners can use. But until then, if you can afford the DJI Mini 3 Pro, you’ll absolutely love it.

The DJI Mini 3 Pro boasts a refined design and a ton of new features over the DJI Mini 2 — but it’s also more expensive than its predecessor. 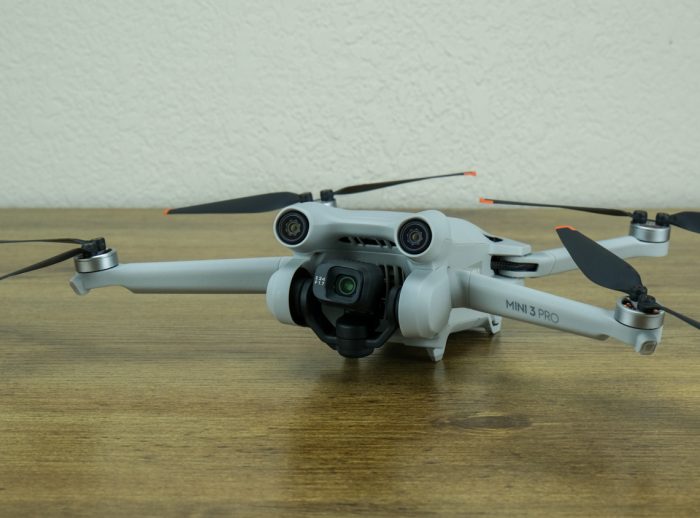 The updates to the DJI Mini series start with design. The drone looks like it fits in the Mini lineup, but it does offer a few design tweaks that make it even sleeker and more stylish than the last-generation model.

First, the similarities. The drone is still made largely of gray plastic, save for the black propellers and the black gimbal. The use of plastic here helps ensure that the drone is lightweight. Speaking of weight, that’s another similarity to the DJI Mini 2. Like the last-generation model, the drone weighs 249 grams. It’s no coincidence that it weighs the same as the DJI Mini 2 — anything 250 grams or more has to be certified with the Federal Aviation Administration. Presumably, DJI packed as much tech as it could into the Mini 3 Pro without breaking that limit.

Perhaps the biggest difference in design is the fact that the Mini 3 Pro doesn’t have the stabilization arms on the front. It does have little feet on the main body, and I had no issues landing the drone with just these feet.

The design of the controller is also different — and potentially very different depending on the package that you go for. The cheaper options come with a controller similar to the previous-generation, which allows users to slot their phone in to use as a display. Pay a little more for the highest-end package, however, and you’ll get the DJI RC controller, which has a display built right into it. I used both during testing, but largely stuck with the DJI RC controller.

Generally, the DJI Mini 3 Pro looks good, but not radically different than its predecessor. That, of course, isn’t a huge deal — when you’re flying it, you won’t really see it anyway.

Actually flying the DJI Mini 3 Pro is a whole lot of fun, once you get acquainted with the controls and features. I live near the beach and most enjoyed flying it along cliffs and in search of a pod of whales that had been hanging out in my area (I didn’t find them). I also had a lot of fun flying at the local park, flying it lower to the ground and trying to be a little sportier. That, however, is where I had an encounter with the aforementioned tree branches, and I recommend being as careful as possible and staying as far away from things like trees and powerlines as possible.

The drone offers three different main flying modes — Cine, Normal, and Sport. I stuck mostly to Normal mode, as sport mode disables the obstacle avoidance tech — but it was fun to switch into sports mode once the drone was high enough and easily clear of obstacles.

The drone offers a number of intelligent flight modes too, unlike the DJI Mini 2. On the DJI Mini 3 Pro, you can activate features like Hyperlapse, Spotlight 2.0, and ActiveTrack 3.0. This makes filming subjects much easier, and allows you to have the drone, for example, follow you automatically while filming. These features allow the drone to be even more useful as a vlogging or video-capture drone, rather than just a recreational drone.

The DJI Mini 2 added DJI’s OcuSync technology for a stable and long-distance connection. The DJI Mini 3 Pro takes that and makes it even better, with OcuSync 3. What does that mean? Well, for starters, instead of being able to transmit video up to 10 kilometers (6.2 miles), it can transmit up to 12 kilometers (7.6 miles). Even better is the fact that it ups the resolution — from 720p to 1,080p. That means that you’ll get a relatively clear and detailed view straight from the controller or your phone. It still doesn’t quite reach the heights of the DJI Mavic 3’s OcuSync 3+ though, which can transmit up to 15km away.

There are other things that bring the Mini 3 Pro closer to the Mavic line though — like the fact that it offers obstacle avoidance tech. That’s a pretty big step forward for the Mini line. Obstacle avoidance is great at detecting large obstacles in front of it, like walls — but not as great at preventing collisions with things like tree branches.

I found the battery life to be quite good, however, those wanting to enjoy longer flight sessions should buy a second and even third battery to swap out.

The addition of OcuSync 3 and the obstacle avoidance tech are great — but perhaps the biggest upgrade to the series comes in the form of the camera. While the Mini 2 offered a solid 12-megapixel sensor with an f/2.8 aperture, the DJI Mini 3 Pro steps things up to a 48-megapixel sensor with an f/1.7 aperture. It’s capable of shooting up to 4K footage at up to 60 frames per second, though obviously that will deplete battery faster than if you shoot at 30 frames per second or a lower resolution.

The DJI Mini 3 Pro is able to capture excellent video that’s colorful and vivid. It’s not as high-quality as, day, a drone in the Mavic line — which are built for cinematic video. But you wouldn’t expect it to be. The drone also supports HDR, though only if you’re filming at 30 fps or less.

The DJI Mini 3 Pro is so good that it kind of cannibalizes the DJI Mavic Air 2. After all, it has a better video transmission system, equal battery life, and many similar features. It’s smaller and slower than the Mavic Air 2 — but also quite a bit cheaper. Regardless of whether you’re deciding between the Mini 3 Pro or another drone, the Mini 3 Pro is an excellent upgrade over the Mini 2, and frankly, a ton of fun to fly.

The biggest competition comes from the Mini 2 and the Mavic Air 2. The Mini Pro 3 is a worthy upgrade over the Mini 2, but if you’re just looking for a toy to play with every now and then, the Mini 2 is still an excellent option that will save you some cash.

Should I buy the DJI Mini 3 Pro?

Yes. It’s an excellent upgrade over an already great drone. 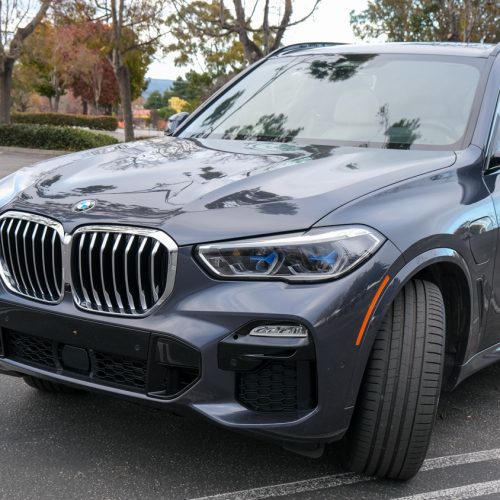