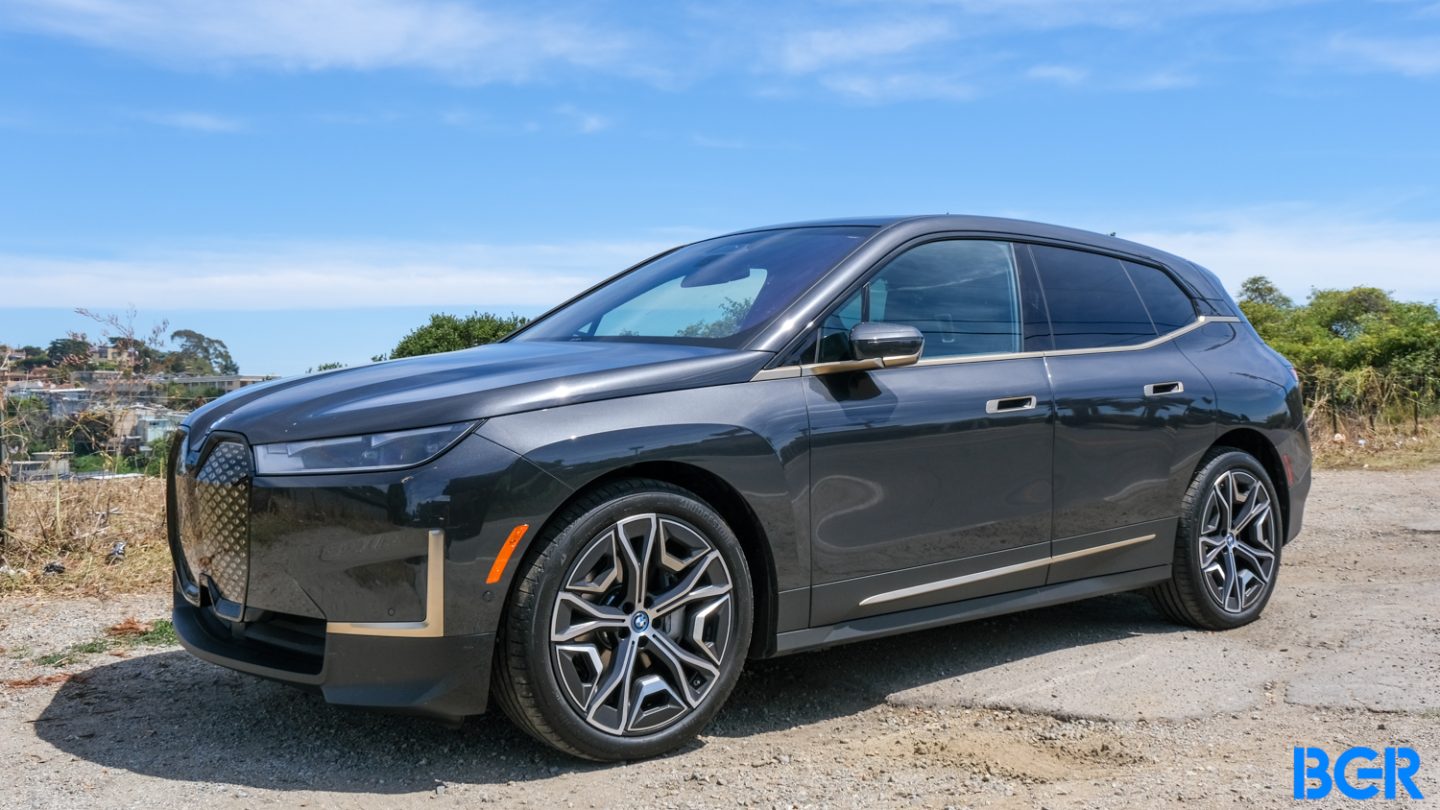 BMW’s EV strategy has been a little weird, but finally, it seems like the company is forming a cohesive electric strategy. The BMW i4, for example, is an excellent and luxurious electric coupe. But it also has a bigger sibling — the BMW iX — which is available as the BMW iX M60, and the BMW iX xDrive50. We’re reviewing the latter.

Does the BMW do enough to justify its price? I’ve been using it for a while now to find out.

The 2022 BMW iX xDrive50 is a premium EV that boasts a stunning interior and a decent range and charging speed — but you’ll pay for the privilege. 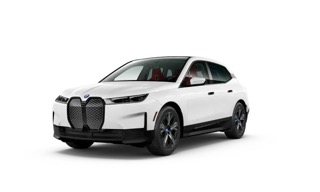 I’m going to say it, and this is me being vulnerable. The grille is fine. I’m used to it. It’s big and unapologetic, and I certainly understand why many don’t like it. But I don’t mind it anymore. That huge grille is flanked by two slim lights, and generally, the front of the car looks fine.

The rest of the car looks pretty great too, and perhaps less controversial. It looks like a modern crossover, with a slightly sloped roof, and a hatchback rear. On the back of the car, you’ll find two slim rear lights, and I really like the look of them. The rear in general looks sleek and stylish.

As mentioned, the car is available in a few different trims, and they do change some of the exterior styling a little. For example, there are two larger side grilles on the front of the M60, however the xDrive50 seems to have more black highlights, though it’s not as easy to see those on our dark gray model. Also, I don’t like the base wheels on the xDrive50 at all — but our review model has 22-inch wheels that look very nice.

Generally, I like the exterior design of the BMW iX xDrive50. It’s not for everyone, but I think most will get used to it if they don’t like it right away.

The interior design isn’t just nice — it’s stunning. The car is decked out with beautiful soft materials, and it’s clearly built with a premium experience in mind. It steps things up from most modern BMWs too — and that says a lot, as I have really liked the interior of most modern BMWs.

There are a number of touches that make this car high-tech and premium. There’s a big panoramic sunroof, for example, that offers electrochromic shading as an option — an option that we have, and I like.

In the center console, you’ll get a number of controls for the software, drive modes, and so on. There’s a rotary dial here that comes in handy for those who don’t want to have to constantly reach for the touchscreen.

I did have a few issues though. For example, the cupholders are in a pretty hard-to-reach spot, and they should have been up in front of, or behind, the center console instead of where they are. I also would have liked to see a little more storage at the front for things like keys and wallets. But those are minor issues. Generally, I loved the look and feel of the 2022 BMW iX interior.

The infotainment on the BMW iX comes in the form of a nice, big, 14.9-inch display. It’s the same display found in the BMW i4 xDrive40, and that’s a good thing. The display in that car gets bright enough for all situations, and generally looks great.

Under the hood, the car offers BMW’s iDrive 8 platform, which is currently only available on BMW EVs. It’s a step forward over iDrive 7, but still pretty lackluster. It’s easy to navigate, but it looks dated, and you’ll get used to how it looks and feels. Thankfully, however, you don’t have to use iDrive at all if you don’t want to. The car supports both CarPlay and Android Auto through a wireless connection, so you can use your phone for infotainment instead. You’ll still have to interact with iDrive for climate controls, and I would prefer physical controls for that — but thankfully, the climate controls are relatively responsive here.

I did have a number of issues with CarPlay connectivity on iDrive 8. The car disconnected from CarPlay a number of times, and sometimes multiple times in one trip. One time, I had to completely reset iDrive, forget the Bluetooth connection on my phone, and set it up as a new connection to get it to work again.

The BMW iX xDrive50 may look and feel great, but how does it actually perform? Turns out, it performs excellently. The car is fast and responsive, handles like a champion, and is really quite fun to drive.

This particular version of the car offers a pair of electric motors that combined, can deliver up to 516-horsepower, and you’ll get that awesome electric zip that we’ve come to expect from high-end electric cars. The ride is smooth, and despite its larger size, it easily makes its way around a corner without too much lean.

The 2022 BMW iX xDrive50 is powered by a 105.2kWh battery pack that is rated as offering up to 324 miles of range on a charge — which seemed about right. I was pleasantly surprised with the car’s range, only needing a single charge on a 5-hour road trip.

The car supports fast charging, but not as fast as I would have liked. It tops out at 200kW, which is pretty good. But with cars like the Kia EV6, which support charging at up to 350kW, it can feel a little slow at times. I hope manufacturers at least try to build the fastest charging they can into their cars.

The car offers a host of driver-assist features that could come in handy, though don’t necessarily expect this to be the futuristic car of your dreams just because it’s electric. Like BMW’s gas-powered cousins, the iX xDrive50 has a backup-camera with an option for the 360-degree view that I’ve come to love. And, it has an adaptive cruise control and lane-keeping assistant that can make the car feel almost self-driving in some situations. You still have to keep your hands on the wheel, unlike General Motors’ SuperCruise, but it works pretty well.

The 2022 BMW iX xDrive50 is an excellent option for those who want a premium electric car that looks and feels high-end, with the zippiness of an EV. Of course, it’s expensive, and it’s not perfect — you’ll have to deal with iDrive 8, for example. But if you like BMW in general, and want something a little bigger than the i4, the iX is the way to go.

There’s a ton of competition in the crossover EV space, and much of it is cheaper and more high-tech than the BMW iX. Notable competition, of course, comes from the Tesla Model Y, which offers better software and charging infrastructure, but not as nice of an interior. There are also cars like the Kia EV6 and Hyundai Ioniq 5, which are a bit higher-tech, but not as premium in general.

Yes. You’ll pay for a premium experience, but for many it’s worth the cash. 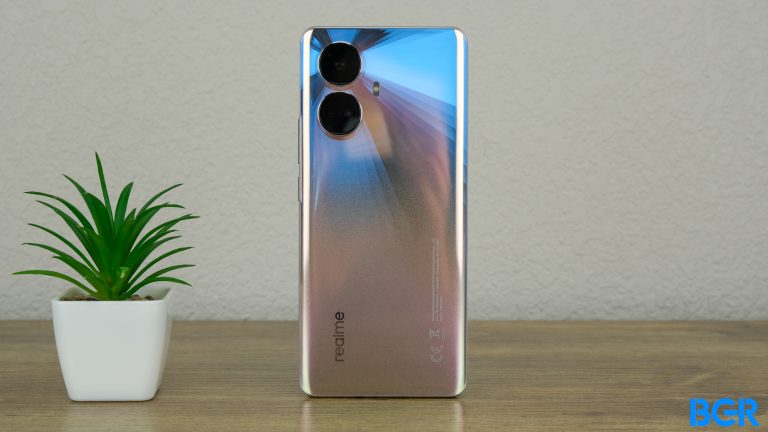