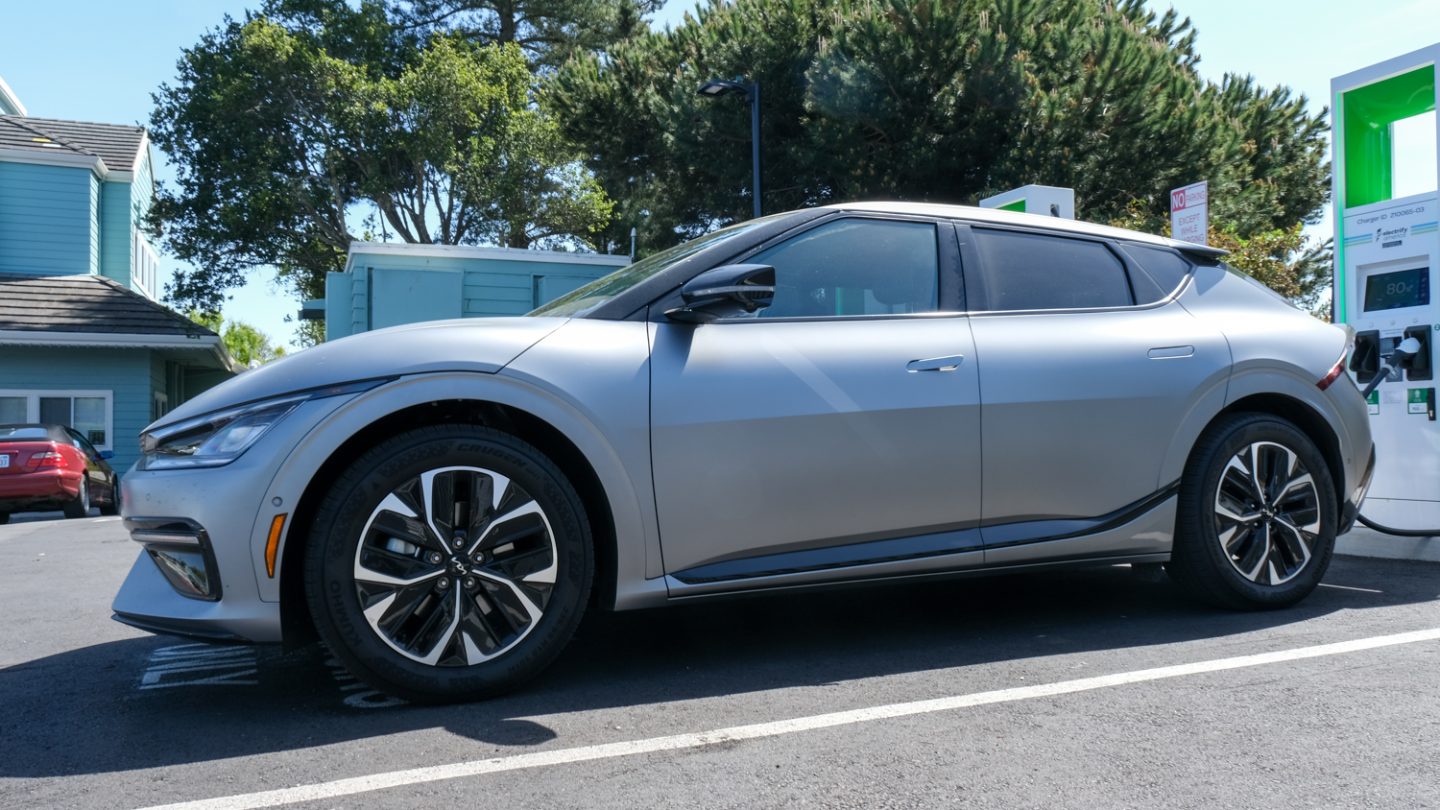 Electric vehicles are starting to come into their own. Tesla paved the way for electric cars to be cool. But Tesla is no longer the only company to make cool electric cars. The Ford Mach-E is a prime example of that, having first been released a few years ago. Now, even more companies are hopping on board, and both Kia and Hyundai have launched their flagship EV offerings.

The Kia EV6 is particularly interesting to me. While both the EV6 and Hyundai’s Ioniq 5 represent some design shifts, to me the EV6 is the sleeker and more stylish of the two. It’s a car that I would consider buying, if I suddenly found myself needing a new car.

But it’s also not without competition. The EV6 offers a similar range and similar price point to the Ioniq 5 and Ford Mustang Mach-E. And, with the popularity of small SUVs and crossovers, it’s likely to face more competition in the next few years. If you’re in the market for a new electric car now, however, it should be at the top of your list. Here’s why.

The Kia EV6 offers a great design, solid range, and the fastest charging speed in the business — plus it’s a whole lot of fun to drive. 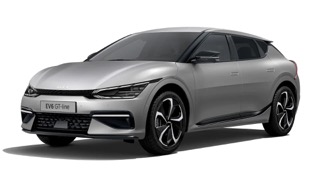 Electric cars are the future, and as such, companies that launch new EVs seem to want to present them in a future-facing design. The EV6 is no exception to that rule. It looks modern and stylish, with angular lines and a longer-than-expected side profile. It looks good enough to turn heads, and modern enough to be relevant for years to come.

There’s no single best aspect of the car’s design either. From the front, the back, and the side, it looks great. The front is relatively short, but it has a heavily sculpted downward-facing hood that rounds towards the front and emphasizes the mean-looking LED headlights. Those headlights are modern enough on their own, with an angled shape and built-in fog lights.

Move around to the back and the car looks unlike any other option on the road. There’s a lightbar that extends across the entire rear of the car, and around to the sides. It protrudes a little from the back too, helping the car look even sportier. The rear is also where you’ll find the hidden charging point, which you can access by pressing the door on the right. It blends in extremely well.

Take a look from the side of the car, and you’ll see why it’s so sporty-looking. The lightbar turns into nice styling on the side, and the door handles are flat with the doors, automatically protruding when you unlock the car. All but the First Edition models have nice 19-inch wheels, which you, unfortunately, cannot customize.

Generally, I really like the look of the Kia EV6. It’s bolder than the Ioniq 5, and as such it might be for everyone — but it is for me.

The interior design is modern and premium too. It’s comfortable, spacious, and offers more than enough room for drivers and passengers alike. I’m not the tallest out there — but at 5’11” I still had room to move my seat back and use my laptop while the car was charging.

The interior is clad in vegan leather that’s built from recycled materials and feels just as premium as other cars in this price range. That’s coupled with nice stitching, metallic accents, and more.

Kia has done a pretty good job at ensuring there’s a balance between touch controls and physical controls. Most of the controls at the front are capacitive, which means that you won’t get that haptic feedback when you press them, but you’ll get used to the feel and location of everything.

At the front, there’s a nice, big, 12.3-inch infotainment display, along with the smaller digital instrument cluster. We’ll get into those in the next section.

You’ll get plenty of storage too. There’s plenty of storage under the center console, along with some storage in the doors, and so on. It was easily enough for a five-hour road trip, along with day-to-day driving. In the trunk, there are 24.4 cubic feet of storage, and you’ll get a frunk at the front. It’s very small, but still enough to store a few bits and pieces. And, there’s a wireless phone charger in the center console too.

As mentioned, at the front of the EV6 you’ll find a 12.3-inch infotainment display, loaded with the same infotainment system found in other Kia cars. It’s not a bad system, and generally pretty easy to navigate. The thing I like most about it is the fact that it’s quite responsive. It reacts quickly to touch input, which is more than many other cars can claim. It’s split into apps that you can quickly jump between, or stick to the home screen that lets you see information about the car’s charge status, among other things.

The standout feature of this particular car is the instrument display. By default, you’ll get basic information like battery level and number of miles left, and the display changes colors and styles depending on the drive mode you’re in. It’s well-designed and easy to get used to, which I really appreciate.

The EV6 supports CarPlay and Android Auto, but shockingly only through a wired connection. That seems like a huge miss to me — such a future-facing car should support wireless CarPlay. Instead, you’ll have to use a cable, and won’t use the wireless charging all that much as a result.

Like any modern EV, the Kia EV6 comes with a range of safety and driver-assist features to take advantage of. One of my favorites is the lane-change camera, which pops up on the instrument display when you turn on your indicator, showing you anything that might be in your blind spot. It’s a feature I came to rely on quite a lot. It’s a feature that’s also available on the Hyundai Ioniq 5, which is the sister car of the EV6, built on the same platform.

There are other driver-assist features too. As you might expect, you’ll get an adaptive cruise control and lane-keeping feature, and they both work very well. I used both of these features on a six-hour road trip between L.A. and Santa Cruz, and the result of the combination of them was that the car felt near self-driving for long stretches of time. It’s not quite at the level of Tesla’s self-driving features, but it can genuinely help in day-to-day driving. All of these features are available on all trims of the Kia EV6, which is great.

The EV6 offers among the best battery and charging combinations in the business. Depending on the options you get, you’ll get either a 58kWh or a 77.4kWh battery, and if you get a rear-wheel drive with the larger battery, you’ll get up to 310 miles of range, which is quite good. It doesn’t quite reach the heights of the Tesla Model Y, which has a 330-mile range with AWD, but it’s still more than good enough.

And, it can charge faster than the Tesla. The EV6 and Ioniq 5 both support charging speeds of up to a massive 350kW, though you’ll have to find a charger that can deliver those kinds of speeds. This should get you from 0-80% in as little as 18 minutes. At a 350kW charger, speeds still probably won’t actually reach 350kW, but on a road trip, I was able to plug in at 10%, grab a quick dinner, and leave completely charged. Of course, most of the time you’ll want to charge to 80% or so, to preserve battery health.

Charging infrastructure in the U.S. is getting better, but still lacking a little. Most chargers are still slower than they should be, and fast chargers aren’t that common. Hopefully we’ll continue to see this change.

The Kia EV6 drives like an absolute dream. Our review model is the RWD GT-Line, which delivers 258 lb-ft of torque and 225 horsepower. You’ll get that incredible EV acceleration, along with responsive steering and a generally smooth suspension.

Overall, I loved driving the Kia EV6. In the city it felt agile and easy to maneuver, and on the highway, it felt smooth and quick. The car offers three drive modes — Eco, Normal, and Sport. Eco definitely lacks the acceleration on offer by Normal and Sport, but it still never felt slow — plus it preserved range. That said, I still generally used Normal and Sport.

The car also offers a number of different regenerative braking modes. You can tweak braking with four different levels. The most intense of these levels essentially allows for single-pedal driving. You may still need to reach for the physical brake every now and then in the so-called “iPedal” mode, but as I got used to how long it takes the car to slow down, I used the brake pedal less and less.

To me, the 2022 Kia EV6 represents the very best of non-Telsa EVs right now. Electric car technology is improving rapidly, and the EV world of 2025 will likely be completely different. But if you’re looking for an EV in 2022, you absolutely cannot go wrong with the EV6. It’s fast, comfortable, and offers a ton of smart features.

You’re likely deciding between the EV6 and Ioniq 5, and frankly, you can’t go wrong. They offer similar features, similar range, and similar charging — so ultimately, the one you get will come down to which one you like the look of, and which you can get your hands on.

There’s other competition out there too though. For example, there’s the Ford Mustang Mach-E, which is a little larger, but doesn’t have quite the same range, and has a slower infotainment system. Of course, the Tesla Model Y is also worth considering. It still has access to the best charging infrastructure, and the best software experience.

Should I buy the Kia EV6?

Yes. The Kia EV6 is an excellent electric car with a solid range and a future-facing design.