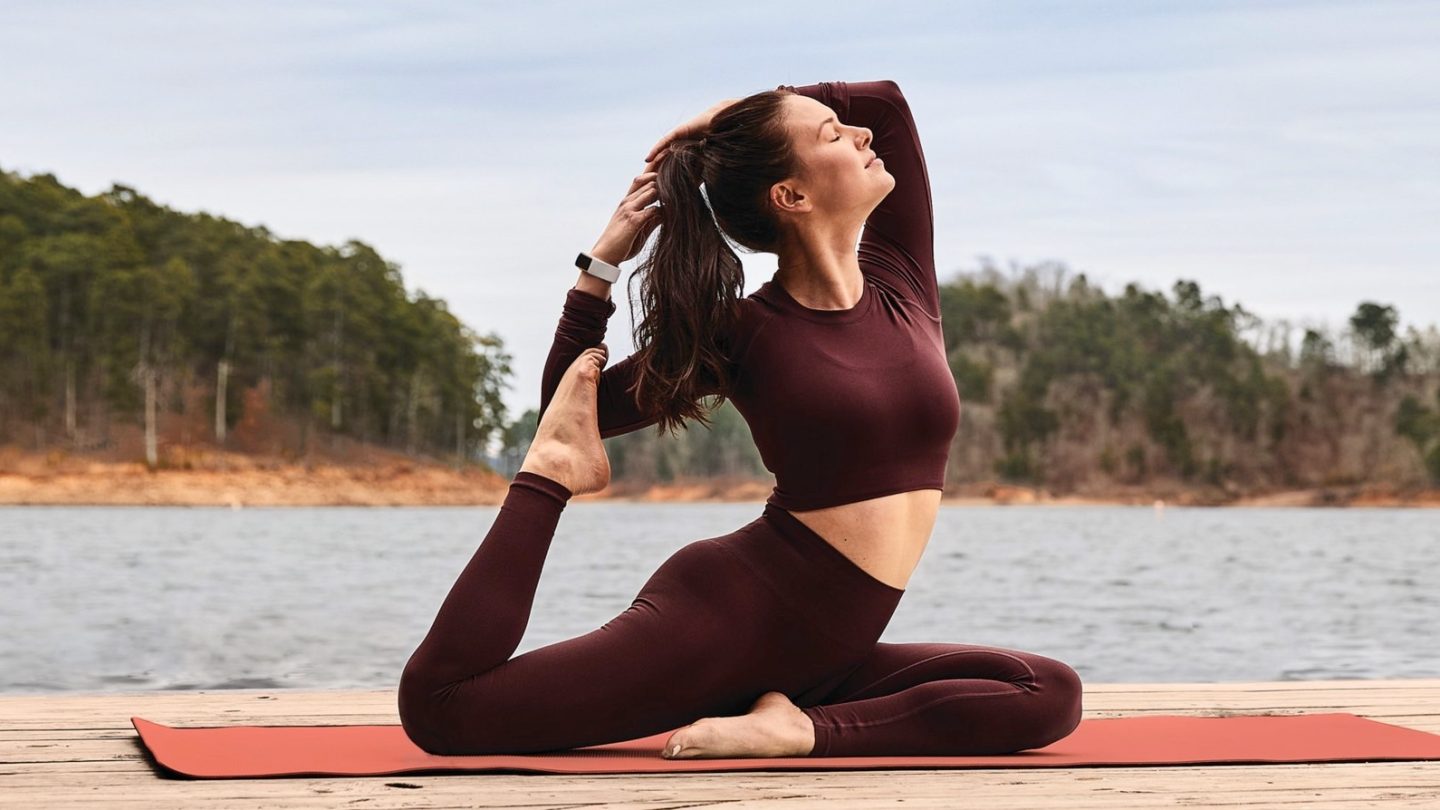 I worked hard to get where I am right now, and I still have work left to do. It took a lot of exercise and discipline, but technology also played a big role in my efforts, and in this post I’ll explain how I did it.

I am not a doctor. I am not a nutritionist, dietitian, personal trainer, coach or fitness expert of any kind. Please do not consider anything you read here to be advice from an expert. My methods are based on information gathered from dozens of different sources, and I made adjustments to suit my personal needs as I pieced things together.

I do not recommend you take the same path I took. Instead, my goals are merely to relay information about the realizations I made and to discuss the tools I used, because bits and pieces here and there might be helpful to some readers.

Please consult your physician and seek the advice of other experts before making any major changes to your diet or exercise regimen.

A bit about me

I have been at least somewhat overweight for most of my life. Even when I was an all-star athlete for years in school, I was overweight. It never really bothered me much, and not once in my life had I actively tried to lose weight until this past summer.

When I left “corporate America” six or seven years ago and began writing about the consumer electronics industry professionally, my lifestyle changed fairly dramatically. Days that had been filled with commuting, meetings, travel and so on, were now filled with sitting. Hours and hours of sitting at a desk typing. I was also not a healthy eater by any stretch of the imagination.

At that point, I began to gain weight at a pace that was barely noticeable.

I have never been big on fast food or even junk food, but I would always skip breakfast, eat something like a sandwich and chips every day for lunch, and then order from a local restaurant or go out to eat dinner each night. I would literally go for months without cooking a single meal myself.

Couple that diet with 12 to 14-hour days at a desk in front of a computer, and you’ve got a recipe for disaster.

Then, on July 16th, 2010, I smoked my last cigarette. I certainly don’t regret quitting, but my weight gain accelerated a bit at that point, and it continued until I pumped the brakes this past summer.

I wasn’t sick and I thankfully didn’t get a harsh wake-up call of any kind. It was just that I just decided enough was enough. I spent a week or two researching, but ultimately a single realization proved to be the most important catalyst for me:

What changed for me

But now I had to care, because this was the simplest and most obvious way to approach weight loss.

If you regularly consume fewer calories than you burn, you will lose weight.

Again, it seems so obvious. But many people don’t really think about the reality of that statement, and I had been one of them. Barring certain ailments, this is a universal truth.

And so here is the first area where technology really came into play for me. Apart from just eating healthier in general, I had to figure out how many calories were in everything I ate, I had to keep track of them, and I had to at least get a rough idea of how many calories I was burning each day.

I went through a bunch of different solutions for calorie and workout tracking, including one particularly nifty app called Noom Coach. I have since stopped using it, but it definitely taught me a great deal before I did. (Noom has gone on to become a program that helps people understand their eating habits. It takes science into consideration for how you attack your day and track your eating.)

Ultimately, I landed on Jawbone’s UP app once the aforementioned functionality was added. I was already an UP24 user and Jawbone’s UP app is wonderfully designed, so it made sense to track everything in one place. With the UP app, I can track steps, sleep, workouts, calorie intake and even my weight.

Note: Jawbone does not exist anymore. Some fitness tracker alternatives include:

But how was I going to start?

I am generally a person of extremes and I also knew I was going to have to see some results almost immediately if this was something I was going to stick with. So, I began with the most extreme solution I could find: A Blueprint cleanse.

Note: Blueprint is also defunct. Here are some cleanse alternatives:

Starting at the beginning

On July 7th, 2014, I began a five-day juice fast, during which I also exercised vigorously for about an hour at least once each day. I weighed 235 pounds.

On July 12th, before I finally started eating solid food again, I weighed myself. I had lost 16 pounds.

In hindsight, it’s fairly obvious that this was not at all a healthy way to begin. I’m sure there is a laundry list of reasons, but the simplest is common sense. Shocking one’s system and losing 16 pounds in a week, even if some amount of that was water weight, is not healthy. But I needed to see immediate results to motivate myself, and I saw them.

I was definitely motivated.

In the weeks that followed, I stuck to an extreme low-calorie diet that was very low in carbs as well. I also exercised religiously. During the week, I would use a treadmill or stationary bike for between 30 and 45 minutes each day. I would do various basic bodyweight exercises or light weight training several days each week as well.

Then on the weekends, I had more free time so I would step things up. I would go out each morning and walk briskly for anywhere between 1.5 and 2.5 hours, averaging between 7 and 9 miles a walk. Some days, I would even spend a little more time exercising later in the day. I’d choose either doing bodyweight exercises or riding a stationary bike.

Finally, I got a lot of use out of my two Moov bands. Moov, which I have covered before here on BGR, is a great early representation of the future of wearable technology. It is an interactive, intelligent virtual coach spread across several different activities, and I spent most of my time in the “Cardio Punch” boxing app.

What got me through

Everything I did was focused on diet and low-impact exercise. There were no fad diets and no CrossFit, Flywheel or other ultra high-intensity workouts that often lead to injury or fatigue unless you’re already in great shape.

On October 12th, three months after I had embarked on this new journey, I weighed 186 pounds. I had lost 49 pounds.

At that point I made another realization that was just as important as my first one. I had lost a lot of weight in a short period of time, but I really didn’t feel that much better.

Again, this will be obvious to many people and it is to me as well in hindsight, but I was doing too much. I wasn’t taking in enough calories each day, and I was exercising too much. After some more research and some fine tuning, I adjusted my diet and exercise regimen to slow my weight loss to a much healthier pace.

In the six and a half months since I began, I have lost 63 pounds. Since I have also been building lean muscle, I have likely lost even more than 63 pounds of fat. I feel better, I look better, and I am healthier than I have ever been in my life. And apart from finding the motivation and taking the first steps, the tracking I have been doing on my smartphone was the single most important tool for me.

Since software on my iPhone made it so easy to track everything, I was able to keep my eye on the ball the entire time. When I ate too many calories, I knew it immediately and could adjust my workout that day or the following day. If my weight went up one morning, I could see that instantly as well, and it would motivate me to work harder over the next few days.

(Note: the Health app on your iPhone will keep track of your steps if you keep your phone in your pocket. You can sync your iPhone and Android phone with wearables to track the most of your health metrics.)

For those seeking help with weight loss, here are a few things I learned along the way — some from reading, some from speaking with my doctor, and some simply from my personal experience.

Finally, it couldn’t possibly be more important to realize and accept the fact that everyone is different. What worked for me might not work for you. Try new things, experiment with different foods and exercises, and don’t stop until you find things that work. Also, use the technology at your disposal to help you along the way. Sometimes the simplest things — like tracking everything you do in a well-made app — can have a dramatic, lasting impact.

This article was initially published on January 29, 2015, and has been updated since then.