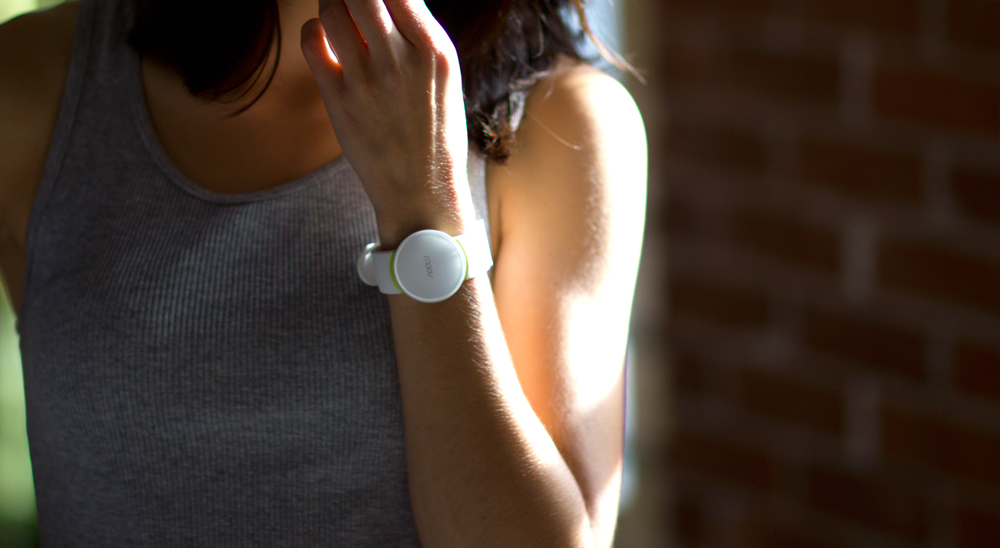 Wearable devices comprise the next exciting frontier for consumer electronics. Or so we’ve been told. The sad truth is that wearables have been around for years already and we have yet to see anything truly exciting hit the market. Tech giants like Sony, Samsung and soon Apple are aggressively moving into wearables now that growth in the smartphone and tablet markets is slowing, but the pitch for these new devices — you won’t have to take your phone out of your pocket as often — isn’t exactly resonating with the general public quite yet.

But I have seen the future of wearable technology and it’s much more exciting than you might think.

Right now, even the best fitness tracker in the world is still just that: a tracker. When it comes to the all too important area of health and fitness, these devices do little more than keep a record of what you already know. Yes, of course this can be useful and yes, of course the more motivated among us may use this data to help motivate themselves, but it’s still passive.

Why can’t wearable devices actively help us improve our health?

For the past couple of weeks, I have been testing a new device called Moov that was created by a team of experts including Nikola Hu, a former Apple engineer. While the device may appear to be similar to other fitness-focused wearables, it’s actually not a “fitness tracker” at all.

Instead, Moov is a personal coach that lives on your iPhone or iPad (Android support is on the way) and uses a physical motion tracker to monitor your workouts in real-time.

In the case of Moov’s nifty solution, the hardware isn’t just monitoring movement in order to tell you how many steps you’ve taken. Moov is much more than that.

Moov’s apps contain a number of workouts along with a virtual personal trainer that helps motivate the wearer. For example, when I tried a walking or jogging workout and my pace fell below the target set by the workout, the virtual trainer let me know. What’s more, it motivated me and advised me to swing my arms faster in order to help speed up my stride.

For the time being, Moov has a free Running and Walking Coach app that has been available for some time in Apple’s iOS App Store, and a free boxing app called Cardio Punch is due to be released today.

More workouts and coaching experiences are on the way, of course, beginning with a swimming app that should be released in the coming weeks.

I spent some time with Moov’s new Cardio Punch app over the past week or so, and I found it to be even more impressive and more fun than the running app. Cardio Punch starts by teaching users the basics and showing how different types of punches should be executed. Proper form is covered as well, so that the user isn’t just standing flat-footed and throwing punches.

Cardio Punch then gamifies the boxing experience with a solution that is similar to Guitar Hero. Icons representing different types of punches travel down the screen on rhythm and the user has to throw the appropriate punch once the icons reach their targets near bottom of the display.

With each punch, points are awarded based on timing, form and power. This allows users to finish each round with a score that they can then strive to beat.

As you play each round of a boxing workout, Moov’s virtual coach motivates you and gives you tips along the way. The tips, of course, are intelligent and are based on a real-time analysis of your performance.

Of note, two move sensors — one for each wrist — are needed to get the most out of Cardio Punch, though it will also work with a single sensor.

Now, it’s important to note that while Moov is far more useful than any mainstream fitness tracker on the market right now, these are still the very early days for this type of technology.

For example, I found it a bit tedious that my virtual coach in the running app would repeatedly give me the same exact instructions, word for word. In the future, I hope that the company introduces more variation to create a more intelligent and effective coaching experience.

Even as it stands now, however, the Moov is a terrific solution that is vastly more useful than anything afforded by a simple fitness tracker.

Moov’s apps include fun and effective workouts that span from beginner to expert, and the virtual coach does a good job of motivating the user and helping him or her get the most out of each workout. Meanwhile, the Moov hardware is small and lightweight, it has great battery life, and it ships with both a small band and a large band so you can easily attach the device to a wrist or ankle.

And the best part is that new Moov apps will keep coming, constantly extending the device’s utility into new areas. Cycling, strength training, yoga and plenty more apps are all in the cards; Moov is even working on an app that will help improve your golf swing.

Moov will cost $120 at full retail once the “pre-order” phase is complete, but for the time being, the device can be purchased for $79.95. The first round of Moovs shipped this summer and the second round of pre-orders will be delivered soon. The company says that new orders placed on Moov’s site will be delivered around Christmas.