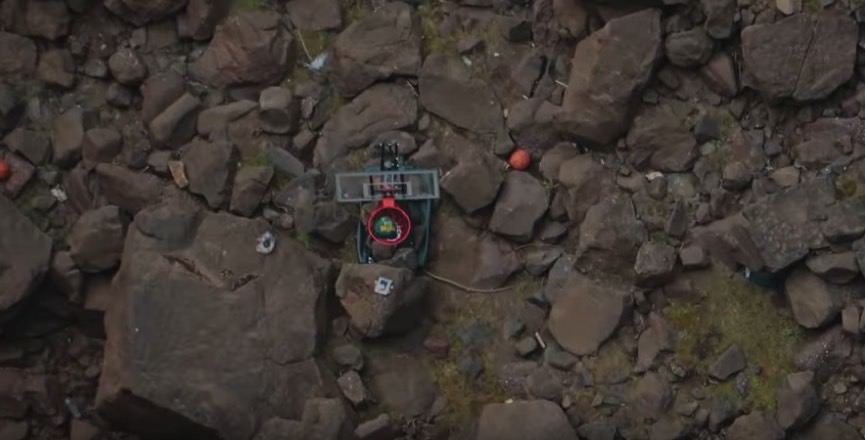 You’ve seen them perform similar trick shots before, breaking world records in the process, and some of you are already fans of the Australian YouTubers known as How Ridiculous.

But whether you’re aware of their ball tricks or not, you absolutely have to watch the following video of a mind-bending 660 foot basketball shot.

Before you ask, it’s a new Guinness World Record for the Highest Basketball Shot in the world. It was performed from the top of the Maletsunyane Falls in Lesotho, Africa.

Derek Herron, a member of the How Ridiculous team, was harnessed in to a safety rope as he made the shot from the edge of a 660 feet (200m) cliff. The new record breaks the old one, which belonged to the same YouTubers — that’s the 180m Mauvoisin Dam (Switzerland) shot.

Aside from the difficulty of the shot itself, you’ll also notice how incredibly complex the actual setup of the photo shoot for the event really is. All the gear, including basketballs and cameras, need to be carried up and down that mountain and placed in position before the actual basketball shots. Not to mention that someone needs to hunt down all the lost balls, in case you run out of them, and bring them back to the top.

The end result, however, is simply brilliant, especially given the exotic setting. Breaking this record is certainly going to be a tough ask — check out the full video below.