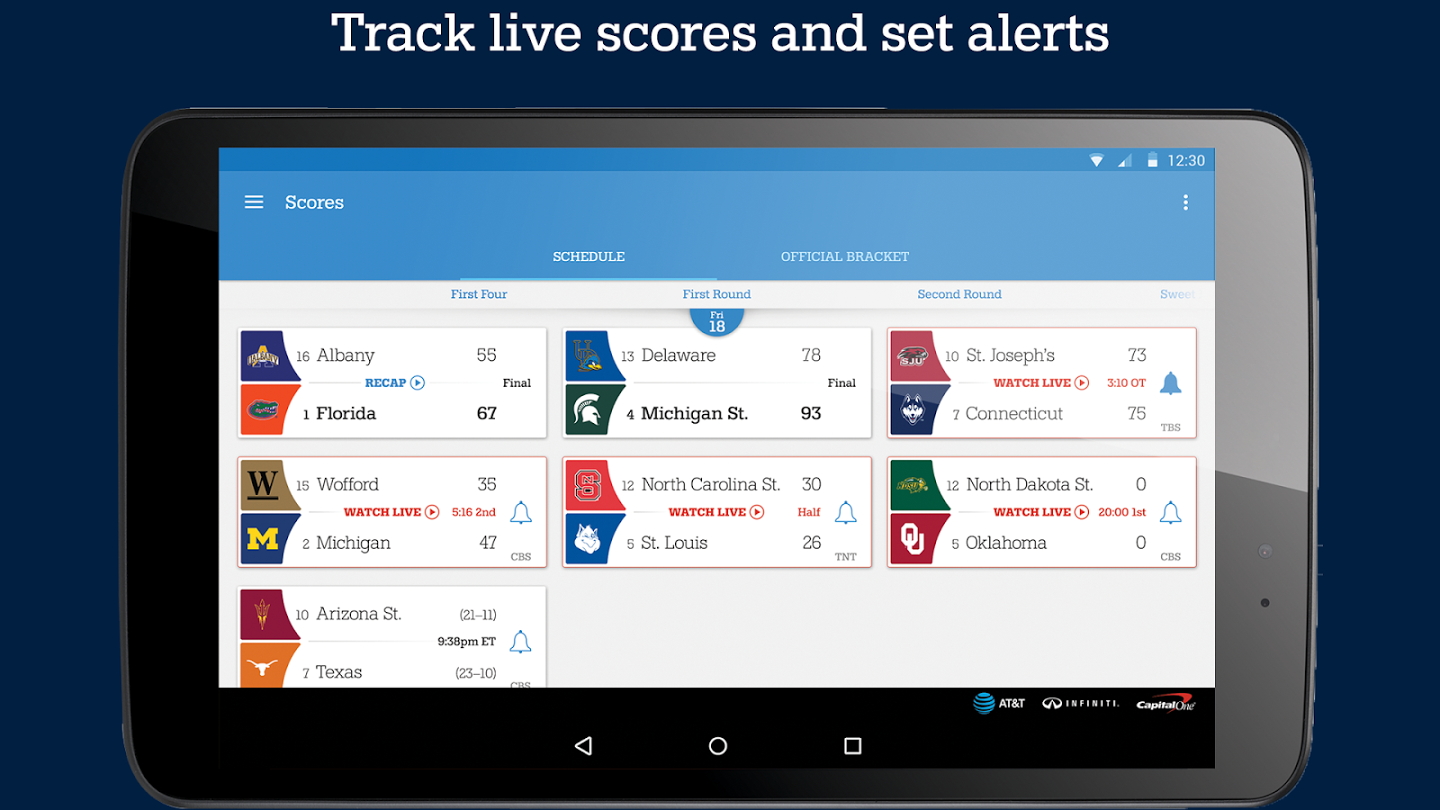 When it comes to postseason sporting events, there’s nothing quite like March Madness. On Sunday, the NCAA revealed the full bracket of 68 teams for this year’s tournament, as well as the First Four and First Round matchups which will tip off later this week. But if you don’t have cable, you might be wondering how you can watch the 67 games that will take place between now and April 4th.

Thankfully, it’s entirely possible to stay caught up on the tournament without paying for a cable subscription, but you might have to mix and match a few of the following methods in order to do so.

The easiest way to catch all the March Madness games as they happen is either online at ncaa.com/marchmadness or on the official NCAA March Madness Live app, available free for iOS, Android, , Roku, Amazon Fire TV and more.

The streams will also be accessible through CBSSports.com and BleacherReport.com, but all of these options carry an important caveat — only the 21 games being broadcast on CBS will be free to watch.

As has been the case for the past several years, March Madness games will air on four channels: CBS, TBS, TNT and TruTV. The last three of those networks are all pay channels, which means you’ll need a cable login in order to access the 46 Turner Sports games, which include the Final Four and the championship game.

If you don’t have a friend who might be willing to lend you his or her login information for the month, but you’re still desperate to get your basketball fix, you might end up having to spend a few dollars.

As TechHive points out, Sling TV’s $20 a month “Best of Live TV” package will give customers access to both TBS and TNT. To make the offer even more appetizing, the streaming service is running a promotion from March 13th through April 12th which will allow “Best of Live TV” subscribers to access TruTV as well without paying the additional $5 for the “Lifestyle Extra” package.

Sling TV doesn’t force you to sign up for any long-term contracts, so once the tournament is over, you’re free to cancel. Not a bad deal if you’re willing to spend $20 to watch the 70% of the tournament you’d miss otherwise.

There are a few other options, including the PlayStation Vue $40 basic package (which includes CBS, TBS, TNT and TruTV), but if you’re looking to spend as little as possible, the apps and services listed above are your best shot.

The tournament tips off on Tuesday, March 15th at 6:40 p.m. ET on TruTV when Florida Gulf Coast takes on Fairleigh Dickinson in the first game of the First Four matchups. The First Round will then begin when Duke plays North Carolina Wilmington on CBS at 12:15 p.m. ET on Thursday, March 17th.