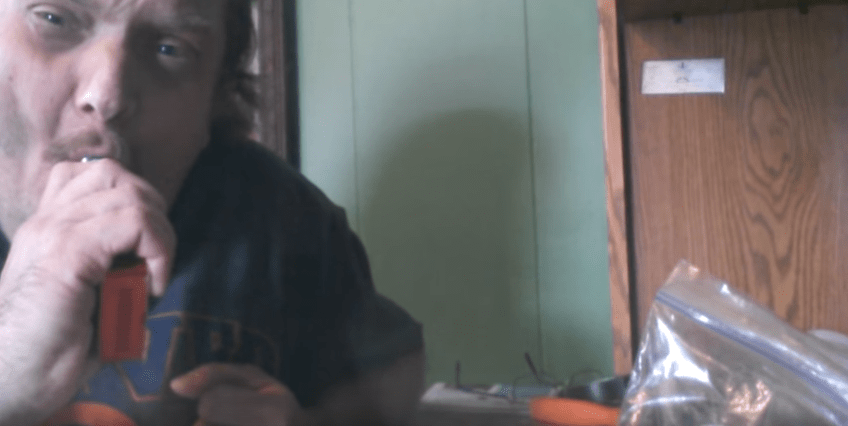 If my friend came over this evening and said “Hey, I just got this pepper called a Carolina Reaper, wanna vape some?”, I’d probably just suggest having a beer instead. But I guess that’s why I’m not a semi-successful YouTuber.

And also why I still have taste buds.

The video, found by Sploid, features chili aficionado Russell Hawkins and his ground-up bag of Carolina Reapers. The Reaper, in case you’re not familiar with people torturing themselves on video, is regarded as the world’s hottest chili pepper, at a scorching 2.2 million Scoville units. That means it’s right up there with synthetically-made police-issue pepper spray.

Hawkins, as you’ve probably guessed by now, sticks a pinch of the pepper in a vape, and takes a hit. This is roughly equivalent to drinking liquid pepper spray, only the vape is more efficient at transmitting the capsaicin into your mouth and lungs.

As you might imagine, this is not a pleasant experience.

I’ll leave you to watch the video to witness the hacking, coughing and crying that results, but in case you’re tempted to try this yourself at home (which you shouldn’t!), here’s how Hawkins summed up his experience:

“My mouth’s on fire, my nose is plugged up, I ended up puking for about ten minutes…once again, don’t try this bullshit at home. Don’t do this. Don’t do it at all. It’s not good. I didn’t need 911, but definitely don’t ever try to vape anything hot, especially the world’s hottest pepper.”