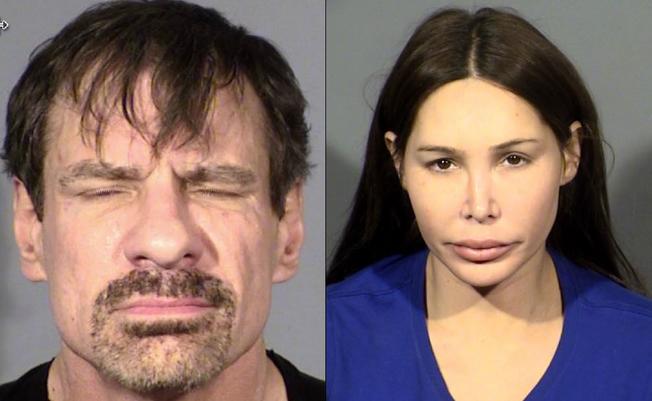 Henry T. Nicholas III, the billionaire founder of chip-maker Broadcom, has been arrested by Las Vegas police on drug trafficking charges. According to the Associated Press, Nicholas was arrested on suspicion of trafficking heroin, cocaine, meth and ecstasy.

Security was called when Nicholas couldn’t get into his room at the Encore, a Las Vegas casino hotel. When security arrived, they reportedly found Nicholas with Ashley Fargo, the ex-wife of an heir to the Wells Fargo banking fortune. Fargo was passed out with a semi-deflated balloon in her mouth, but was revived by paramedics.

According to reports, security subsequently found canisters of nitrous oxide inside the room, and a subsequent search by cops turned up more drugs inside a suitcase. Nicholas’s attorney,  David Chesnoff, told the Associated Press that they will “deal with the facts in court.”

Nicholas was arrested on drug trafficking charges, but according to CBS Los Angeles, that may be because of where the drugs were found or the quantities, not because police have evidence he was actively selling drugs. “It sounds like his biggest crime is being an addict,” legal analyst Alex Kazarian said. “He’s a billionaire. He’s not a person that’s trying to make money off of drugs. He’s a person that’s trying to make friends off of drugs. Unfortunateley, the way the laws are written, if you’re giving away drugs or if you’re selling drugs, you’re trafficking.”

Nicholas founded chipmaker Broadcom in 1991, and remained as CEO until 2003. He was indicted on securities fraud and narcotics charges in 2008, although those charges were subsequently dismissed. Nicholas is also an advocate for victim’s rights in the legal system, a cause he founded after his sister Marsy was murdered by her ex-boyfriend in 1983.