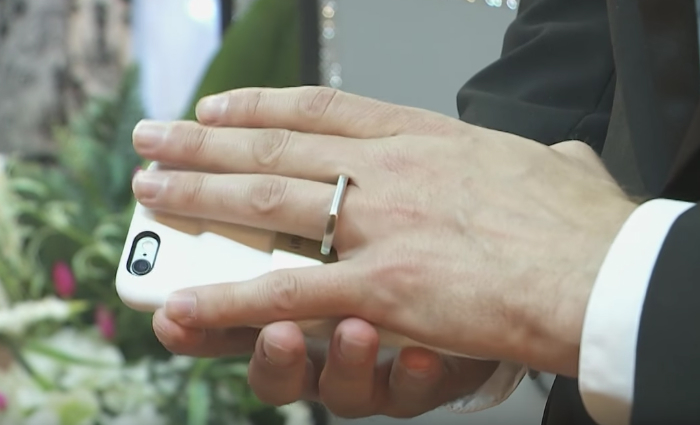 If you have a dream, you really should do everything in your power to make it happen. And if you want to marry your iPhone or any inanimate object for that matter, there’s a chapel in Las Vegas (where else?) that will do it for you.

The marriage between a person and an iPhone will not be recognized legally by the State of Nevada, or any other state, but The Little Vegas Chapel will still wed you and your beloved iPhone.

We have no idea if this was love at first sight or an arranged marriage. In fact, we’re worried that Aaron Chervenak might dump this particular iPhone model as soon as something younger, better looking, comes along – maybe not this year, though.

But what’s clear is we’re looking at more than a publicity stunt.

“At first, it was like what?” The Little Las Vegas Chapel owner Michael Kelly told KTNV. “We don’t really have many people that marry inanimate objects.”

Chervenak drove all the way from Los Angeles on May 20th for the ceremony. His purpose was to send a message to society.

So there you have it. That’s the reason why a man committed to an iPhone. Oh, and there’s a video of this unusual wedding – check it out.