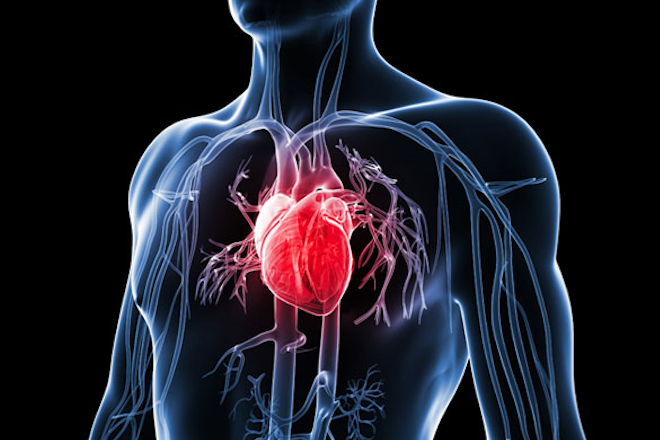 As the number one cause of death in the United States, the statistics regarding heart disease are staggering. According to the Centers for Disease Control and Prevention (CDC), 610,000 individuals die of heart disease each and every year. Put differently, one out of every 4 deaths in America can be traced back to heart disease.

Though heart disease encompasses a wide range of heart-related ailments and conditions, it generally refers to a condition where plaque builds up inside the walls of the arteries, thereby decreasing and, at times, blocking the flow of blood, a scenario which can result in a heart attack or even a stroke.

That heart disease is so prevalent in the United States shouldn’t come as much of a surprise, especially given our nation’s affinity for soda, ginormous portion sizes, and almost anything deep fried. We are, after all, the land of the chicken biscuit taco, a hot dog wrapped in fried chicken, and the bizarre hot dog/hamburger hybrid sandwich.

DON’T MISS: A secret Google search feature every Android user should know about

As part of a larger effort to lower the problems associated with plaque build-up, the FDA recently approved a new device that enables surgeons to not only see inside of blood vessels, but to actually remove dangerous plaque without doing any damage to the blood vessels themselves.

Developed by a California company called Avinger, the new tool, called Pantheris, is designed to treat patients suffering from peripheral artery disease (PAD). As Engadget notes, the device “has a built-in camera that lets doctors image arteries in real-time” which then allows them “to shave away plaque with more precision than ever before.”

Peripheral artery disease affects nearly 20 million adults in the U.S.1 and over 200 million people globally.2 PAD is caused by a build-up of plaque in the arteries that blocks blood flow to the legs and feet. Often dismissed as normal signs of aging, symptoms of PAD include painful cramping, numbness, or discoloration in the legs or feet. PAD can become so severe and difficult to address with traditional treatments that patients and physicians often resort to invasive bypass surgeries, which can result in even greater health risks and lengthy, painful recoveries. In severe cases, patients often face amputation, the worst-case scenario associated with PAD.

“Atherectomy is a proven treatment that relieves pain and restores blood flow, and Pantheris has been eagerly anticipated in the clinical community because it is a leap forward in atherectomy technology compared to what we have had in the past,” said Thomas Davis, M.D., of St. John Hospital and Medical Center in St. Clair Shores, Michigan. “Now, for the first time, we are able to see exactly where we are removing the plaque, and are better able to leave the healthy artery alone…”

The photo below, courtesy of the National Heart, Lung, and Blood Institute illustrates the degree to which bloodfloow can be restricted by plaque, a material comprised of  “fat, cholesterol, calcium, fibrous tissue, and other substances.”

The video animation below showcases the Pantheris in action.