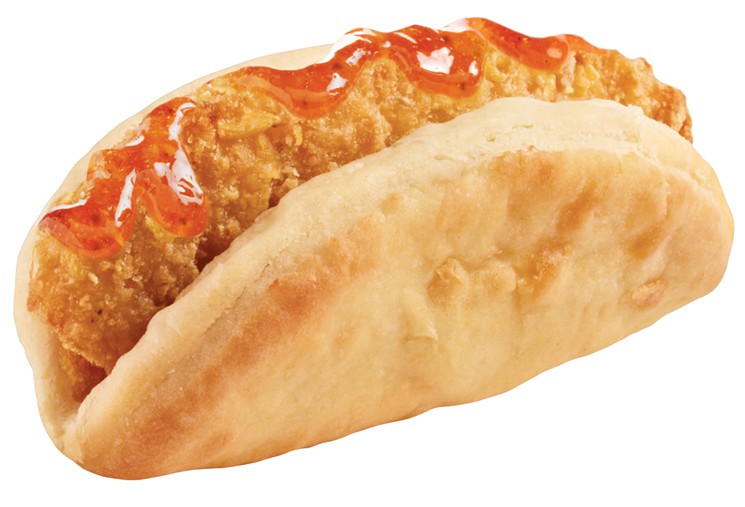 Most fast food companies are mere amateurs when it comes to concocting creative ways to help you gain explosive amounts of weight and boost you chances of an early demise. In our time watching the fast food industry evolve, though, we’ve come to appreciate KFC and Taco Bell as the real innovators in this field — after all, few companies have given us anything as uniquely revolting as the KFC Double Down Dog or the Taco Bell Doritos Locos Taco in recent years.

Because of this, we were pleased to see Taco Bell once again up its game this week with the release of the new Chicken Biscuit Taco, a new breakfast meal that stuffs a slab of fried chicken into a biscuit-based taco shell and then smothers it with either gravy or jalapeno honey.

Taco Bell CEO Brian Niccol basically admits to Bloomberg that he has no idea if this new breakfast will catch on and that the company is trying something outrageous in the hopes of getting attention.

“The Biscuit Taco is going to get people to rethink their morning routine,” he explains to Bloomberg. “When you do things that people don’t see coming, those are the types of products that get people talking.”

If Taco Bell decided to stuff a raw dead pigeon inside a taco shell and serve it for brunch, it would definitely get people talking as well. Unfortunately for the company, it’s also something we’d probably see coming as the natural evolution of Taco Bell’s other recent innovations.