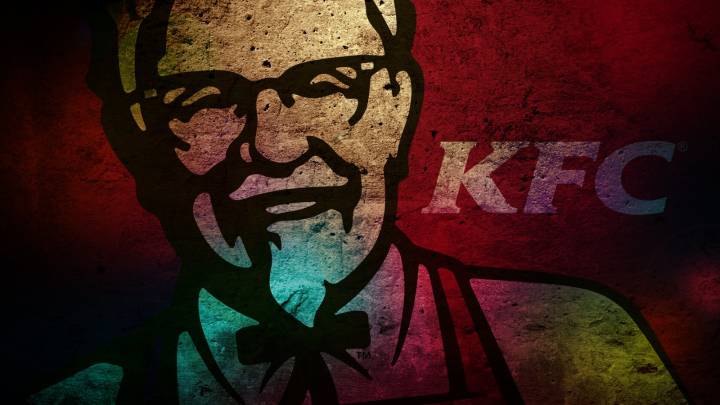 Good God, KFC. What have you done this time? The fast food chain, which in the past has brought us horrors such as the KFC Double Down and the KFC Famous Bowl, has come out with what might be its most nauseating concoction yet: A hot dog that’s wrapped up in an entire piece of greasy fried chicken.

Apparently KFC restaurants in the Philippines are testing out this experimental specimen on their subjects and the company’s official Twitter account has been tweeting out pictures of happy customers devouring it.

“It was love at first bite!” Says Christian. 3 down, 47 left at the Fort Triangle Branch. #NewKFCDoubleDown pic.twitter.com/B5eQY2Phas

Hurry and visit these KFC stores to get your own #newKFCdoubledown! Only 50 pcs per store. 😃 http://t.co/GLgKvwlAxvpic.twitter.com/GyHZuxCmb0

We have no idea whether the new dish, known as the Double Down Dog, will ever come to the United States, but we imagine it’s entirely dependent on the percentage of people in the Philippines who survive eating it. Buckle up, everyone: KFC is conducting a real science experiment right before our eyes.