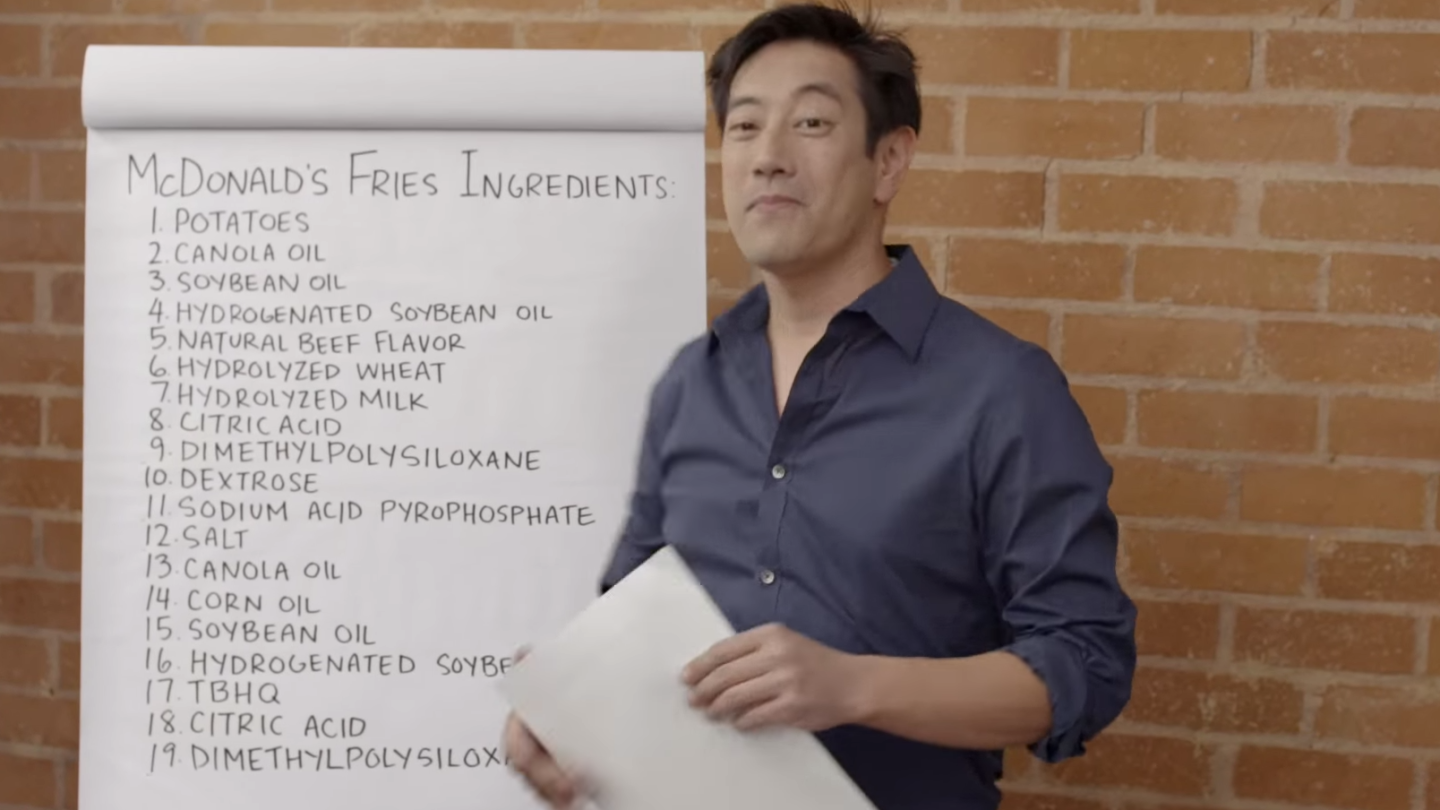 Ever make homemade french fries? It’s pretty easy, actually — just cut up some potatoes into thin strips, dump them into a pot full of boiling oil, remove them when they turn a golden brown and then salt them to your tastes. So really, that’s three basic ingredients: Potatoes, oil (peanut and canola both work fine) and salt. If you’re McDonald’s, however, it takes an insane 19 different ingredients to make something that should be an incredibly simple meal.

RELATED: McDonald’s explains that its McNuggets are really made from chicken and contain no beaks

In yet another one of its videos intended to dispel nasty rumors about the content and quality of McDonald’s food, the company explains why it needs to have these 19 ingredients to make its fries, including four different types of oil: Canola, corn, soybean and hydrogenated soybean. Interestingly, McDonald’s counts each of these oils as two different ingredients since they’re first used to partially fry the potatoes as part of the preparation process and then used to fully fry them when they’re about to be served.

Watch the whole video below, although we doubt it will make you feel better about eating fries at McDonald’s.