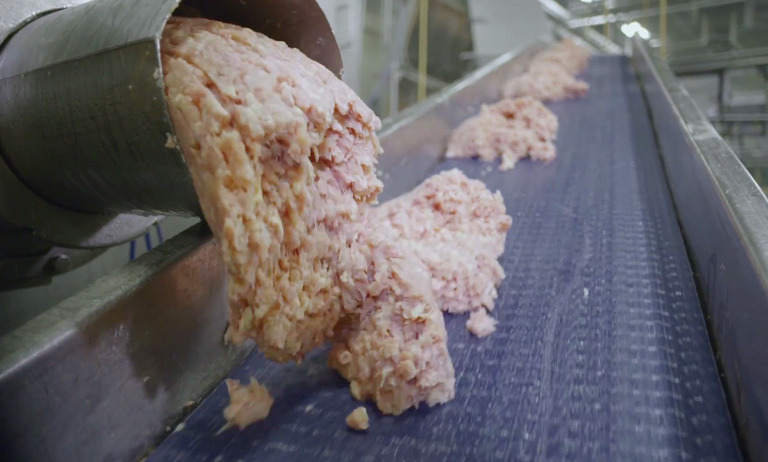 McDonald’s is really getting sensitive to accusations the quality of its food because it’s just put out its second video in recent weeks explaining to us how its meat-based food products are actually made from real meat. This time, McDonald’s takes us on a tour of a Tyson plant in Tennessee to reveal the magic behind its famous deep-fried meat globules.

RELATED: McDonald’s gives definitive proof that the McRib is made from real meat

McDonald’s goes on to explain that its chicken nuggets contain no “pink slime,” which is a nickname for the meat-based goo that has been banned for human consumption by the European Union. McDonald’s also wants to make sure you know that there are no beaks or feet in its nuggets and that the meat only comes from the chicken breasts, thighs and other parts of the chicken that people normally eat.

The video also interviews a chicken nugget quality control tester who eats McDonald’s nuggets at least once an hour and who is still somehow alive.

Watch the full video below, although whether it will make you feel better about eating McNuggets is open for debate.