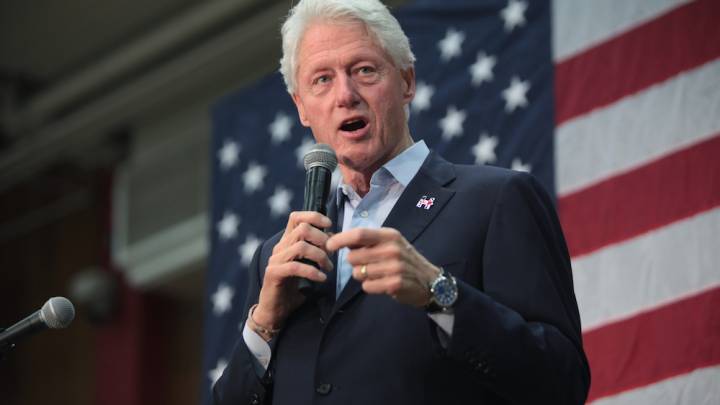 After getting off to a rocky start yesterday as Bernie Sanders’ supporters vented their frustrations, the Democratic National Convention has calmed down considerably on Tuesday, due in large part to the fact that Sanders was able to speak to his delegates for over half an hour from the main stage last night.

The inclusion of Paul Simon, Sarah Silverman and Michelle Obama didn’t hurt either, but that was just day one. So what’s in store for day two?

Following the nominating speeches and the roll call vote, the night’s speakers will make their way to the stage one by one, beginning with Governor Terry McAuliffe and Minority Leader of the House Nancy Pelosi. There are a ton of other speakers worth watching out for as the night proceeds, but there’s no question that the most anticipated guest will be Hillary’s husbands Bill.

Expected to speak at some point between 10-11PM, former President Bill Clinton will be speaking to the crowd as the first ever First Husband of a nominee for President of the United States. If you want to watch it as it happens, you can follow along with the live stream below all night: