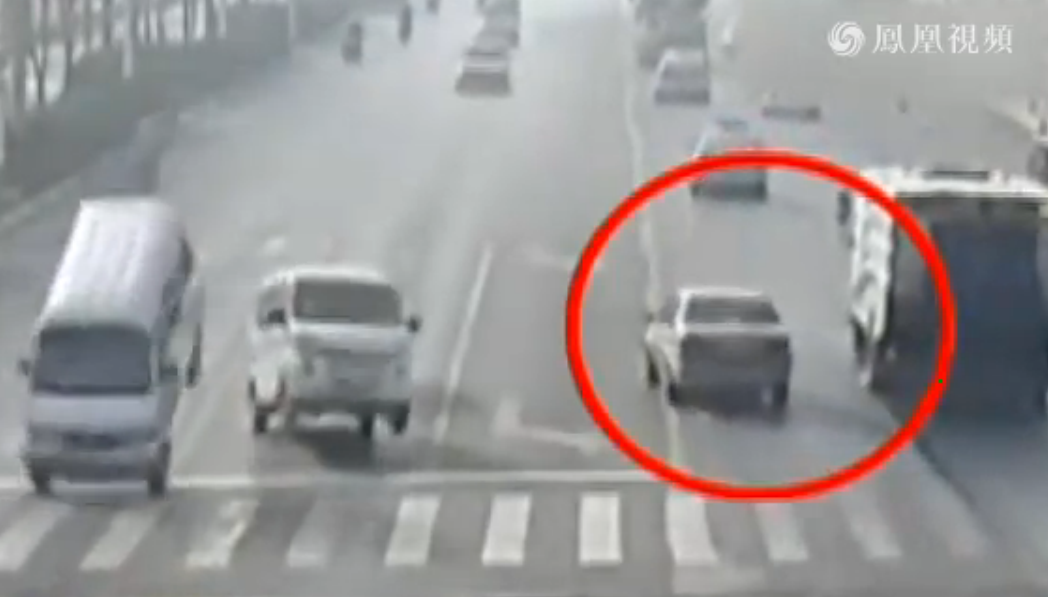 Videos of strange vehicle accidents are a dime a dozen in 2015 with all of the traffic and dashboard cameras littering the streets, but there’s still an occasional incident so odd that we can’t help but bring it to your attention.

This is one of those incidents.

Before we try to find an explanation, you should just watch the video:

At first glance, it appears that a large, invisible rhinoceros might have run through traffic, knocking over cars in its way like bowling pins. There also might have been a huge gust of wind, but if that’s the case, then why didn’t the people standing next to the vehicles get blown away as well?

As it turns out, the actual explanation is far less exciting. Here’s what Reddit user rex1030 found out after translating the Mandarin voice from the video:

“A telephone pole was being installed. There was a steel cable that was coiled on the road that (they believed) should have been no problem for cars going over it. The street sweeper truck on the right went over it and wound up the cable in the rotating cleaner. The other end of the cable was attached to the pole on the left of the video. The cable was brought [taut] and caused all that damage to the trucks and car.”

You can see the entire incident from start to finish on the website of the Phoenix Hong Kong Channel at this link. Once you’ve seen the entire report, you’ll understand why the original video is so hard to comprehend.