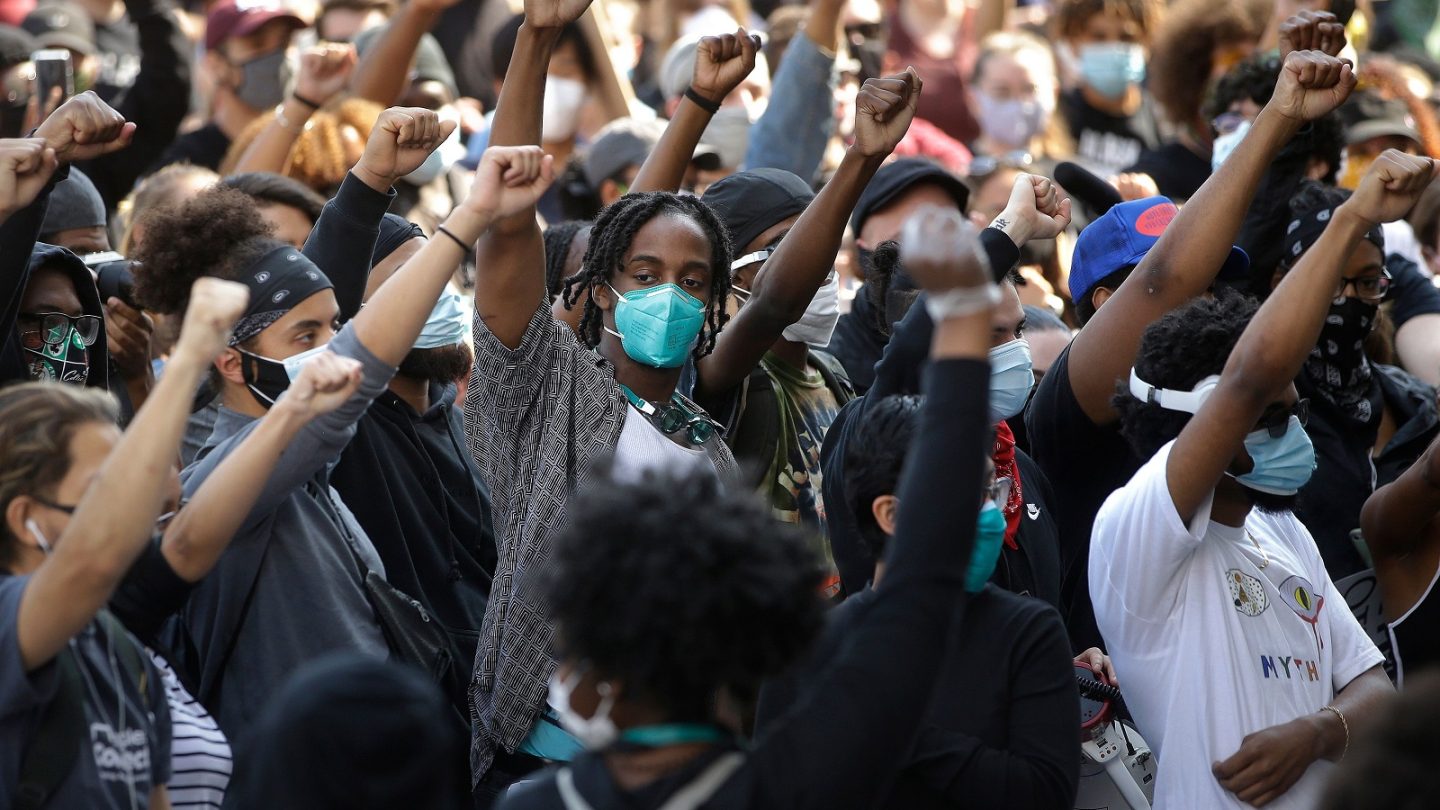 Following the murder of George Floyd in Minneapolis, Minnesota on May 25th, protests broke out around the country and around the world. Thousands upon thousands of people took to the streets in all 50 states, demanding justice for Floyd and accountability for police officers. There’s work left to do, but the protests are starting to make waves as the Minneapolis City Council pledged to dismantle its police force, police reform laws are being passed in several states, and Confederate statues are being removed everywhere from Alabama to Virginia.

But as much violence as the protestors faced from the police, there was also the threat of the ongoing viral pandemic. As soon as the protests kicked off, public health experts warned that mass gatherings could potentially lead to a spike in COVID-19 cases. Many protestors wore masks, but plenty didn’t, and the police they clashed with were frequently seen mask-less as well. But, at least so far, the protests don’t seem to have led to a spike.

According to the New York Times chart of coronavirus cases, 742 new cases were reported in the state of Minnesota on May 25th, the day of George Floyd’s passing. Two weeks later, the number of new cases has been on the decline, dropping as low as 299 on June 9th. As Newsweek notes, this decline can hardly be attributed to a lack of testing, as 30,000 more diagnostic tests were performed in the two weeks since the protests started than in the two weeks prior. Plus, the positive test rate decreased by about 4%. More people are getting tested, fewer are infected.

Speaking to Newsweek, Dr. Daniel Havlichek, chief of the College of Human Medicine’s Infectious Diseases Division at Michigan State University, said there could be “a million possible explanations” for the decline. He says it’s possible positive cases were already dropping, people were staying home if the were feeling sick, social distancing was being practiced at the protests, or that asymptomatic transmission isn’t as prevalent as before.

To that last point, the World Health Organization drew criticism earlier this week when it suggested that asymptomatic spread of the novel coronavirus was “rare,” only to later clarify that this comment was in reference to a limited number of studies and shouldn’t be taken to mean that people without symptoms can’t spread the virus.

As for the protests leading to a spike in infections, Dr. Sadiya Khan, assistant professor of medicine at Northwestern University Feinberg School of Medicine, explained that with Minnesota’s stay-at-home order expiring on May 18th, all the mass gatherings occurring over Memorial Day weekend, and restaurants and bars opening on June 1st, it would be difficult, if not impossible, to determine what the driving force behind new cases would be.