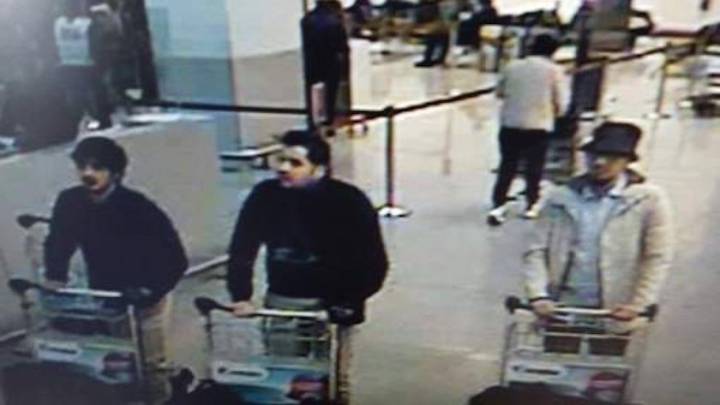 A report that preceded the horrific attacks on Brussels revealed that ISIS terrorists have been working to acquire materials to create so-called dirty bombs with the help of nuclear material. Meanwhile, the investigation into the Belgian explosion exposed more information about those plans. Apparently, the brothers who detonated home-made explosive devices at the airport and a metro station in Brussels were the ones who planted surveillance equipment outside the house of a nuclear physicist last year.

DON’T MISS: iOS 9.3 has a nasty bug and you might not want to upgrade just yet

Suicide bombers Khalid and Ibrahim El Bakraoui wanted to get their hands on nuclear material that could have been used to make a dirty bomb. Such an explosive device would contain traces of nuclear material that would get dispersed into the atmosphere following the blast. That material would then be carried by winds and irradiate a large area near, and downwind of the detonation, NBC News reports.

A model for a dirty bomb explosion near the White House shows how significant the damage would be for the nearby population. People would not die immediately, but they’d be more likely to develop cancers after being exposed to radioactive material.

The two brothers targeted a top scientist from the SCKCEN nuclear center in Mol, located about an hour from Brussels. The surveillance footage that was discovered during a raid in Paris shows that ISIS collected information about the man. Belgian officials suspect that the brothers may have wanted to either abduct the scientist or take his family members hostage and make him provide nuclear material in exchange for their safety.

NBC further notes that ISIS already has material that could be used for building dirty bombs. However, one expert said that it’s naïve to believe the researcher could have stolen nuclear material to save his family.

Claude Moniquet, the CEO of the European Strategic Intelligence and Security Center private consultancy and a former intelligence official who’s now investigating potential plots targeting Europe, said that “the terrorist cell… naively believed they could use him to penetrate a lab to obtain nuclear material to make a dirty bomb.”

Belgium’s Federal Agency for Nuclear Control is on high alert following these disclosures.

“If terrorists are filming one of the top guys in the research center then it is very serious,” FANC spokesman Lodewijk van Bladel told NBC. “It means they are planning to do something afterward with that information … I don’t think they going to make a family movie.”

After sacking Mosul last June, the terrorist group walked away with 88 pounds of Uranium compounds from the Mosul University, where the material was used for research.