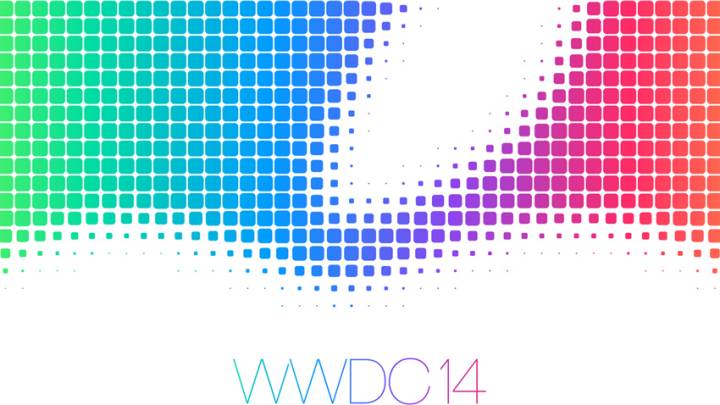 We’re now just three days away from one of just a few big events Apple holds each year, and this year’s WorldWide Developer Conference is shaping up to be hugely important for Apple. Despite the fact that Apple hasn’t released a single new device so far in  2014, the company’s stock is soaring to 12-month highs. Why? Because Apple CEO Tim Cook has repeatedly promised investors that exciting new products are coming in 2014.

Apple crushed its March-quarter earnings without having launched any new products since November 2013. Imagine what might happen once all these “exciting new products” finally hit store shelves.

The bad news is that most of the truly exciting new devices we’re expecting Apple to launch in 2014 are probably coming later this year and won’t be revealed during WWDC.

There’s still plenty to look forward to, of course, and here’s a roundup of what you can expect from Apple on Monday.

Apple’s annual WWDC keynote is closely watched by consumers and investors all over the world, and Apple does a good job of making sure to cater to the masses. The conference is a developer event first and foremost though, and WWDC 2014 will focus mainly on software.

Apple’s huge mobile OS revamp came last year when iOS 7 brought a reimagining of iOS’s entire interface. Every inch of every app and every screen in the entire operating system was redesigned. The results were controversial at first, but once the shock wore off people calmed down and settled in, as we all knew they would.

But iOS 7 was all about renovation, not innovation.

Now that the big redesign is out of the way, we’re looking for real innovation from Apple’s mobile software in 2014.

So far, the leaks have painted a mixed picture. Reports from one of the most reliable sources in the world when it comes to the Apple beat, 9to5Mac’s Mark Gurman, have revealed a number of things Apple has in store for iOS 8.

Of note, here are the first confirmed iOS 8 screenshots that leaked back in March. Also of note, some of the aforementioned iOS 8 features may have been pushed back to iOS 8.1 in order to free up engineers to work on the next version of OS X.

Beyond iOS 8, it looks like Apple is going to cover two main areas. The first is OS X 10.10, which will reportedly get a major interface and feature update worthy of the jump from .9 to .10.

WWDC 2014 should also feature the debut of Apple’s smart home platform, which will reportedly mark Apple’s official entrance into the connected home/”Internet of Things” market. More recent reports have suggested that the initiative Apple unveils on Monday won’t be quite as grand as was first rumored, however — it might just end up being a program where Apple certifies third-party products for use with iOS devices.

Finally, we can look forward to at least one mystery hardware announcement, and no one really knows what it might be. A 12-inch MacBook Air with Retina display is a possibility, as is a new Mac mini or a next-generation Apple TV.

What Not to Expect

In terms of devices, it is beyond unlikely that we’ll see any of Apple’s most exciting products of 2014 unveiled at WWDC.

Don’t expect a new low-cost iMac or a cheaper version of the iPhone 5s.