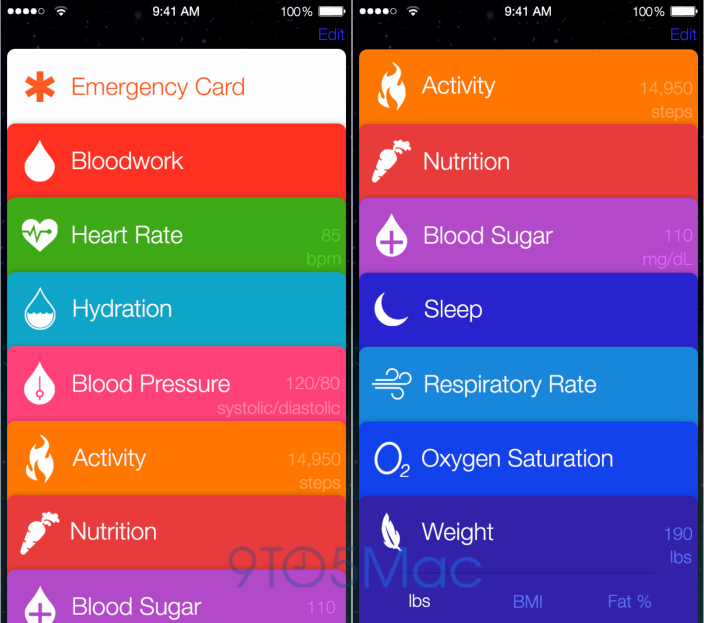 A new report has detailed just about everything there is to know about the most important new app coming to iOS 8. Apple’s plans for iOS 8 won’t be official until sometime this summer when the new mobile operating system is unveiling at the annual WWDC conference in San Francisco, but 9to5Mac has issued a series of reports over the past week that have shed light on several key details. The leaks continued to flow on Monday morning as the site issued a report on Healthbook, the brand new app Apple will introduce in iOS 8 that will likely be the star of the show this year.

Earlier reports from 9to5Mac, which has a nearly impeccable track record when revealing Apple’s unannounced plans, covered a wide range of new features set to arrive in iOS 8. Examples include big iOS Maps improvements, changes for iTunes Radio and even a few new apps.

Now, 9to5Mac is back with a new report that shares tons of details on Healthbook, the iOS 8 app that Apple will use to attack the emerging health and fitness market that wearables companies have been chasing for years.

Apple’s Healthbook app will reportedly track a wide range of stats for the user, including steps, weight, calorie burn, heart rate, blood pressure and even hydration levels. The new app will be modeled after the Passbook app in iOS 7, and the site has created several mockups it says are based on actual screenshots of the Healthbook app.

As you can see, it’s shaping up to be extremely comprehensive and quite impressive.

Several additional Healthbook screenshot mockups follow below, and follow the link in our source section for plenty of additional details.