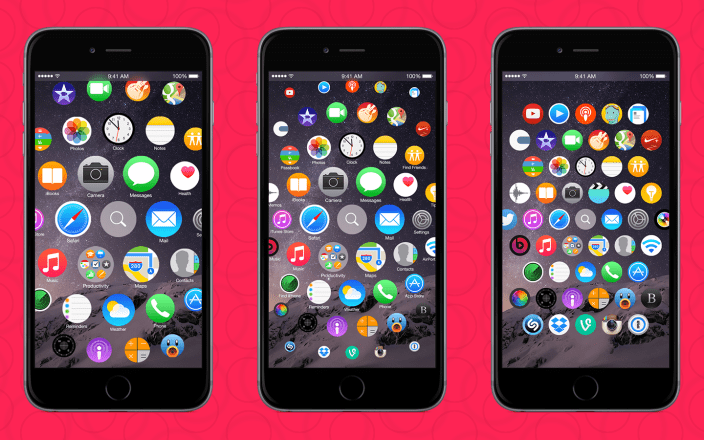 Last week, we showed you a few images of what Apple’s new Apple Watch interface might look like on an iPhone. Usability would certainly take a hit in some important areas, but Apple’s zooming UI does a good job of using available display real estate to its fullest extent. And of course, the zooming effect is also pretty cool.

Well, it didn’t take long for developers to get cracking on making the zooming Apple Watch interface a reality for iPhone users, and it’s already available as a free download — with two big caveats.

DON’T MISS: Hands on with the most surprising phone of the year, Motorola’s Droid Turbo

The Apple Watch will be Apple’s first modern iOS device with a tiny display, and finding a way to make such a small display useful was a big challenge. Apple solved the issue — partially, at least — by creating an interface that can quickly and easily zoom in and out by twisting the Apple Watch’s crown.

Apple’s iPhone handsets don’t have crowns, of course, but the same idea has been translated into a full-featured home screen replacement app called WatchSpring.

Here’s a video of WatchSpring in action:

Now, for the caveats.

WatchSpring obviously has capabilities that fall outside the developer restrictions put in place by Apple, so this app is only available to users with jailbroken iPhones. On top of that, it’s not yet available in the Cydia app store for jailbroken devices, so interested users will have to jump through a few extra hoops to install it.

Still interested? If so, WatchSpring is available right now and it’s completely free. Everything you need to install it can be found in the Reddit thread linked below in our source section.