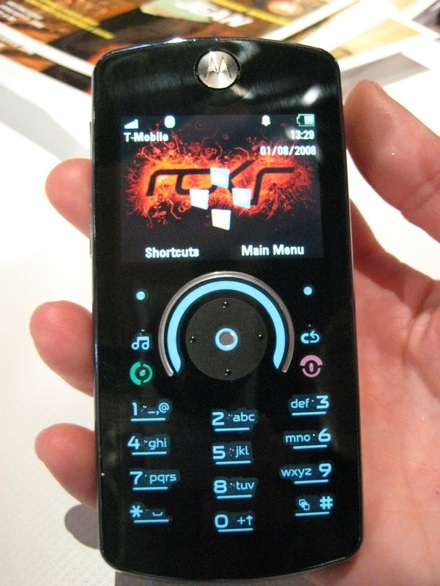 The big news at the Motorola booth, in addition to the Motorola Z10 of course, is the Motorola E8. We gave a bit of an “advanced preview” late last year, but today we got a chance to get the official run-down from the friendly folks at Motorola. The biggest attraction of the E8 is the contextual keypad. Depending on what application you’re working with, the keys display different information. If you’re in the media player, you get play / pause / etc., whereas switching over to the phone app makes those same keys display a numeric keypad. It’s clever little bit of trickery that, if not groundbreaking, certainly kept us entertained. The haptics rumble provided ample tactile feedback, and the device feels as good in hand now as it did back when we first played with it. We’re going to see a limited international launch sometime during the first quarter of this year, with worldwide availability (including the US!) to follow by year’s end. We’re diggin’ it, no joke, though the crippled EDGE radio might be cause for a bit of concern in this 3G age we live in. We see plans for future upgrades, right Moto? Check out our Motorola E8 pics in the gallery!

Click on over to our Motorola E8 hands on gallery!