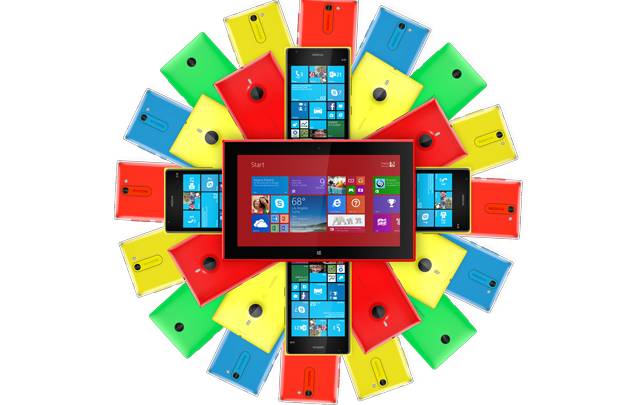 Nokia’s handset business is officially no more, having been absorbed this past Friday by Microsoft as part of a $7.2 billion deal. Nokia’s phones will live on, however, and the burden of selling them will now fall squarely on Microsoft’s shoulders. Nokia had been the only smartphone vendor to really make any progress with Windows Phone, and most of it was with low-end devices in emerging markets. Even with Nokia’s newfound success in recent quarters, however, Windows Phone’s global market share still sits in the low single digits more than three years after the platform first launched.

Of course, this is no longer Nokia’s problem.

Microsoft is now on its own in its efforts to sell Nokia-built smartphones, and it recently released its first advertisement since closing the Nokia deal. The spot is called “Not Like Everybody Else,” and it continues to play on a common theme among underdogs: Use our product if you want to be different and separate yourself from the crowd.

This approach worked remarkably well for Samsung, which built a foundation for its current success in the smartphone industry by positioning iPhone users as mindless hipster sheep. Will lightning strike twice even though Microsoft has not one but two giants it will have to battle if it hopes to make progress in today’s smartphone market?

You be the judge — Microsoft’s new ad is embedded below.