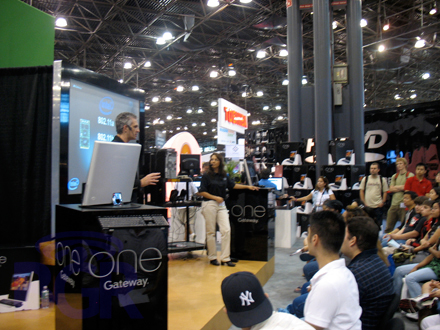 When you think of Gateway, you might think of cows, but you don’t really think of innovation or style. The PC manufacturer know for spitting out middle-of-the-road gear for the past couple years, has finally stepped it up. While the Gateway One isn’t the most unique, or stylish PC we’ve seen, it certainly is attractive and powerful. Yeah, we do think this is a blatant copy of Apple’s successful iMac computer, but even so, the Gateway One is one of the more “hipper” all-in-one PCs we’ve seen, even rivaling Sony’s Vaio line. It definitely looks better in person than it does in the recently circulated promotional ads. While the hardware isn’t anything to email about, it should be more than sufficient enough for an entry or mid-level power user. The processor speeds range from 1.5GHz to 2.0GHz, with a nice 2GB to 3GB of on board RAM. The One comes bundled with a pre-paied wireless keyboard and mouse, too. But one of the coolest aspects is the cable breakout box. This allows you to hide all those hideous cables under the table, leaving only a single wire in sight, on the back of the computer. Expect pricing to be around $1,300 to $1,800 depending on configuration. Available towards to the end of October. As usual, more shots after the jump! 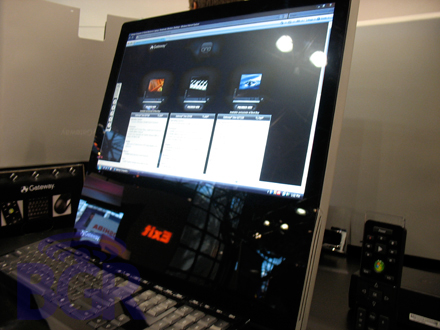 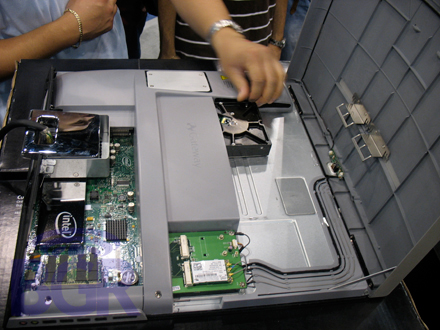