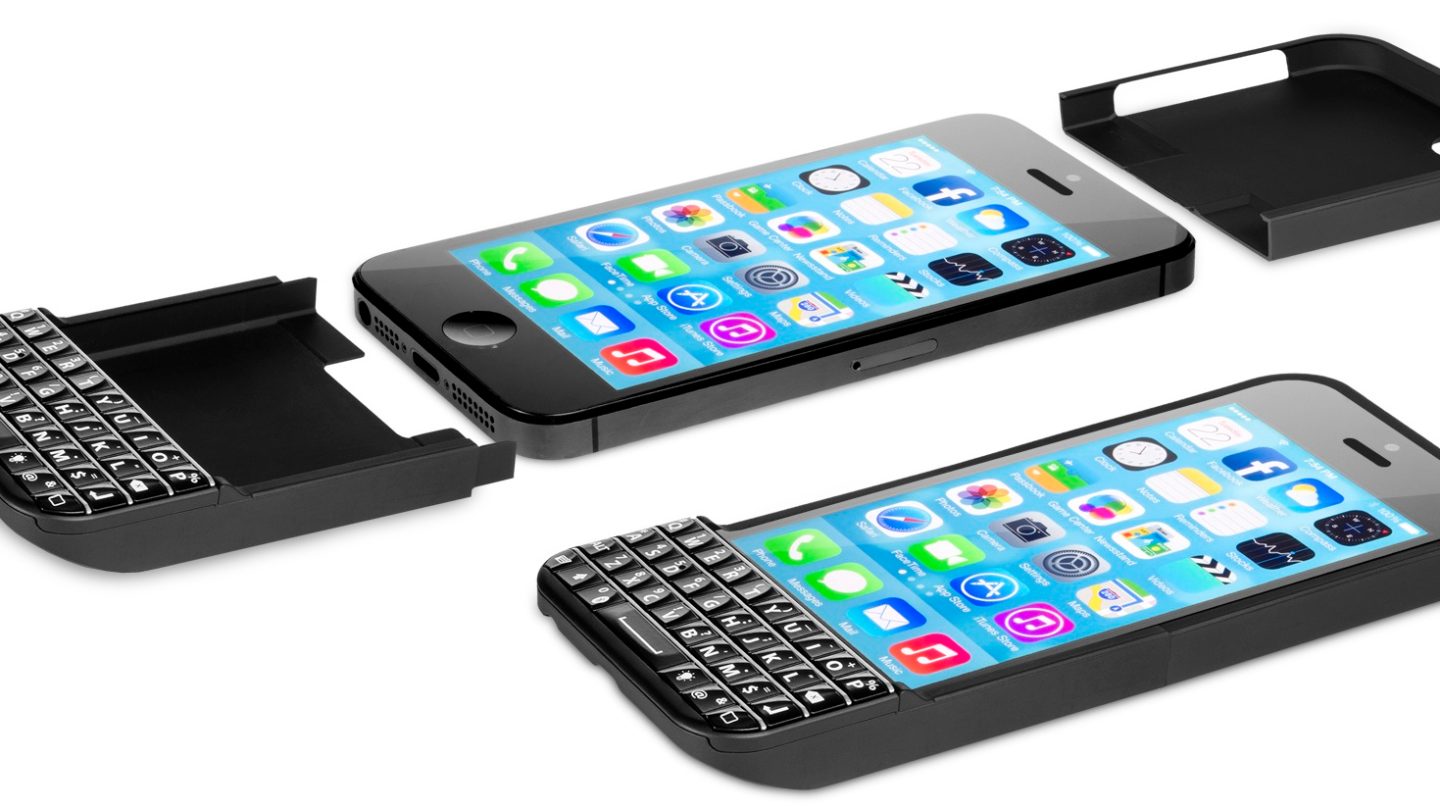 Just one day after dumping Alicia Keys, BlackBerry has gotten itself tangled up with yet another celebrity. BlackBerry has filed a lawsuit against Typo Products, the startup cofounded by American Idol host Ryan Seacrest that aims to bring BlackBerry-style keyboards to iPhones. BlackBerry says that Typo “blatantly copied BlackBerry’s keyboard with its iPhone keyboard case designed to slip on to iPhone devices,” although the company acknowledged that it was “flattered by the desire to graft our keyboard onto other smartphones.” Looking at Typo’s keyboard pictured above, you can see that BlackBerry might have a point about it directly ripping off its own keyboard designs. The company’s full press release follows below.

Typo, founded by entrepreneur Laurence Hallier and TV host and media personality Ryan Seacrest, announced the Typo Keyboard(TM) would be available for pre-order this month. The complaint against Typo alleges patent infringement and that Typo has blatantly copied BlackBerry’s keyboard with its iPhone(R) keyboard case designed to slip on to iPhone devices.

“This is a blatant infringement against BlackBerry’s iconic keyboard, and we will vigorously protect our intellectual property against any company that attempts to copy our unique design. From the beginning, BlackBerry has always focused on offering an exceptional typing experience that combines a great design with ergonomic excellence. We are flattered by the desire to graft our keyboard onto other smartphones, but we will not tolerate such activity without fair compensation for using our intellectual property and our technological innovations,” said Steve Zipperstein, BlackBerry’s General Counsel and Chief Legal Officer.

The Typo Keyboard violates BlackBerry’s intellectual property rights, and BlackBerry will protect those rights from blatant copying and infringement. BlackBerry’s iconic physical keyboard designs have been recognized by the press and the public as a significant market differentiator for its mobile handheld devices. This lawsuit has been filed in the Northern District of California.