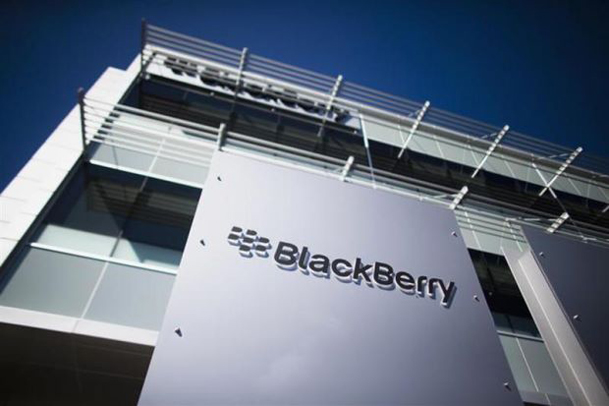 No… not that open letter. As BlackBerry prepares to report its results for the fiscal third quarter before the bell on Friday, investors are bracing for impact. The latest consensus numbers from Wall Street paint a bleak picture, with analysts expecting a loss of -$0.44 per share on just under $1.6 billion in sales, down sharply from a loss of -$0.22 per share on revenue totaling $2.7 billion in the year-ago quarter. While we still have no idea how the company plans to turn things around, BlackBerry is finally starting to show signs of life, scarce though they may be. But as analysts try to make heads or tails of BlackBerry’s chances of emerging from this debacle, some are growing tired of waiting around. And so Wedge Partners analyst Brian Blair decided to get proactive — he wrote an open letter to newly appointed BlackBerry CEO John Chen and the rest of the company’s management. With Blair’s permission, that letter is reprinted below in its entirety.

An Open Letter to Management

Dear Blackberry Management Team,
As you prepare to report another weak quarter of declining metrics and significant cash burn, I wanted to provide some thoughts on the one opportunity path I believe you still have. Wall Street believes you’re dead, Bloomberg Businessweek recently called you ‘a relic’ on their front page and I have taken plenty of shots at you myself over the last year. Investors, it seems, are largely counting the days until you fold. If you stay on the path you’ve been on, Blackberry will end with all of the various parts of the company getting chopped up and sold to the highest bidder. However, I think you have a way of avoiding that.

To start with, the good news in all of this is no one has any expectations for you. The bad news is: to survive you are going to have to admit defeat in a few very public ways and be willing to move the company in a direction that is not as sexy as the high end of the smartphone (or tablet) market. But there is hope, if you’re willing to look downstream and focus purely on the emerging market. This isn’t about winning anymore, it’s about surviving. The cash injections are going to get harder to come by next year if you don’t have a solid plan and path to profitability.

There is only one way for you to survive as a smartphone company. You need to completely leave behind the high end of the market and attack the low end with vigor, touting your famous keyboard as a primary differentiator and offering consumers migrating from feature phones access to the most important services of the Internet. The fact is: many people still like keyboards, and no one has done them as well as Blackberry, but you are going to have to take the fight downstream. I estimate that globally, you should be able to sell 100+ million units a year profitably if you move fast. Just look at what all the major mobile players are suggesting: the high end is slowing, the low end is where the growth is. Yes, the ASPs are low, margins are slim, and the competition is fierce, but it’s the only place you have a shot of selling units. Over time, you may be able to move upstream to the mid-tier if you can grow a dedicated user base, but let’s not get ahead of ourselves.

Admit defeat in the software department. You simply cannot compete with any of the three majors in tier one markets. Apple (AAPL), Google (GOOG) and Microsoft (MSFT) are well capitalized software companies with many of the best software minds in the world and you won’t be able to catch them because they are years ahead of you, and they aren’t standing still. Even if you matched the core functionality of their devices, you won’t attract developers or create enough apps to get high end consumers to pay attention. The low end offers a more level playing field and by the way, Apple isn’t even trying to play there, which is good news for you.

Stop making high end devices tomorrow. Once you admit defeat, you can agree that it’s best to start over. Shut down the production lines for everything but the lower end Blackberry units that are still selling. Don’t wait. No amount of clever or expensive marketing will change consumer behavior or general attitudes in North America and Europe toward Blackberry. Cut your losses now. The new Blackberry is about emerging markets.

Be Hyundai. There is room for you to exist in the mobile arena the same way that there are numerous tiers in the auto market. Hyundai/Kia know they aren’t Mercedes or BMW, but they make a solid, affordable product that addresses the needs and price points of an important market segment and as a result they are the world’s fifth largest automaker, selling over 7 million units a year. This is your model. Take a look at your legacy products and start there. Remember the Pearl? The Curve? You know how to make and market an affordable smartphone and still squeeze a respectable margin out of it. This is the goal.

BB10 into the low end. You need to focus on taking the BB10 software and pushing it into a few SKUs that you can sell at $99 – $199 retail (without subsidy), but that you can still pull a 25% gross margin from. Stay with me here. The Q5 is a step in the right direction. Start with this and make it a bit sleeker. The recent Porsche-designed Blackberry turned a lot of heads. Many loved it. Maybe your next device is something in between. Either way, it has to be sleek and futuristic but still have that keyboard. Speaking of keyboards, did you see what Ryan Seacrest is investing $1 million into? A keyboard that slides on an iPhone. The keyboard doesn’t have to die. BB10 in a $149 sleek Porsche-designed Q5-like device could be your 2014 breakthrough.

How to think about apps. The way you will sell units is by introducing a product in this vein in a variety of colors (including grey/black) that are affordable (and offer excellent and easy access to the top 25 applications around the world. Since you won’t have the million apps Apple has in its arsenal, your task is to simply offer the very best and most popular applications, and they have to work flawlessly. Pay what you have to get them developed if they aren’t already there (that’s what Microsoft does). Control what you allow in your app store so it’s all super high quality. Send the message to consumers that less is more. Make each third party app incredible (or don’t approve it) and make it feel like an exclusive club.

Look to carriers around the world where smartphone penetration remains low. This is where the jump ball is and where Blackberry can still survive. Think Latin America, India, Southeast Asia. Meet with each and every carrier and focus on the regions where you are getting support. If there are 1.7 billion handsets sold this year, roughly half of those are still feature phones. The move to a Blackberry device is an incredibly wonderful leap for a user coming from a feature phone. That user coming off his old Nokia (NOK) device wants to experience Facebook, Twitter, Line, Instagram, Pandora, Snapchat, Evernote, Angry Birds, eBay, Netflix, Skype, Youtube, etc. This is where you come in and where the keyboard can be a huge plus. All some people want is access to the most popular apps and the feel of tactile keys. That’s your customer. (Be aware that Microsoft is starting an aggressive push here too, because it’s also a jump ball for them.)

Push BBM aggressively. Yes, you should have opened it up years ago, before WhatsApp came along, but you can’t undo the past so your best bet is to offer it up to iOS and Android and try to make it a standard messaging platform that is interoperable across all operating systems. BBM has been very strong in many emerging markets in recent years, don’t let go of that, even if users migrate to other operating systems.

Encourage apps targeted at developing markets. If the next wave of smartphones will be sold into developing markets, then you should court developers in those markets who are willing to write code to address local needs. How about an app for Southeast Asia that could help a farmer increase his chances of a better harvest? I don’t think it exists yet, but it will as penetration of smartphones increases. You should be helping get that app and others like it developed for your platform. This will be one of the next wave of apps developed, why shouldn’t they run on a sleek, affordable BB10 touchscreen/keyboard device?

Pushback. Some investors will suggest you don’t go downstream. They will say this is a losing battle. Some will say don’t chase lower margins and lower ASPs, but you are seeing that anyway and you aren’t even trying. The fact is, you have no choice but to move to where the growth is and where the playing field is more level and the chances for success are on your side. Remember there are plenty of examples of companies who survive and even thrive by getting this lower-end approach right. Your biggest challenge if you move in this direction will be doing it proudly and profitably.