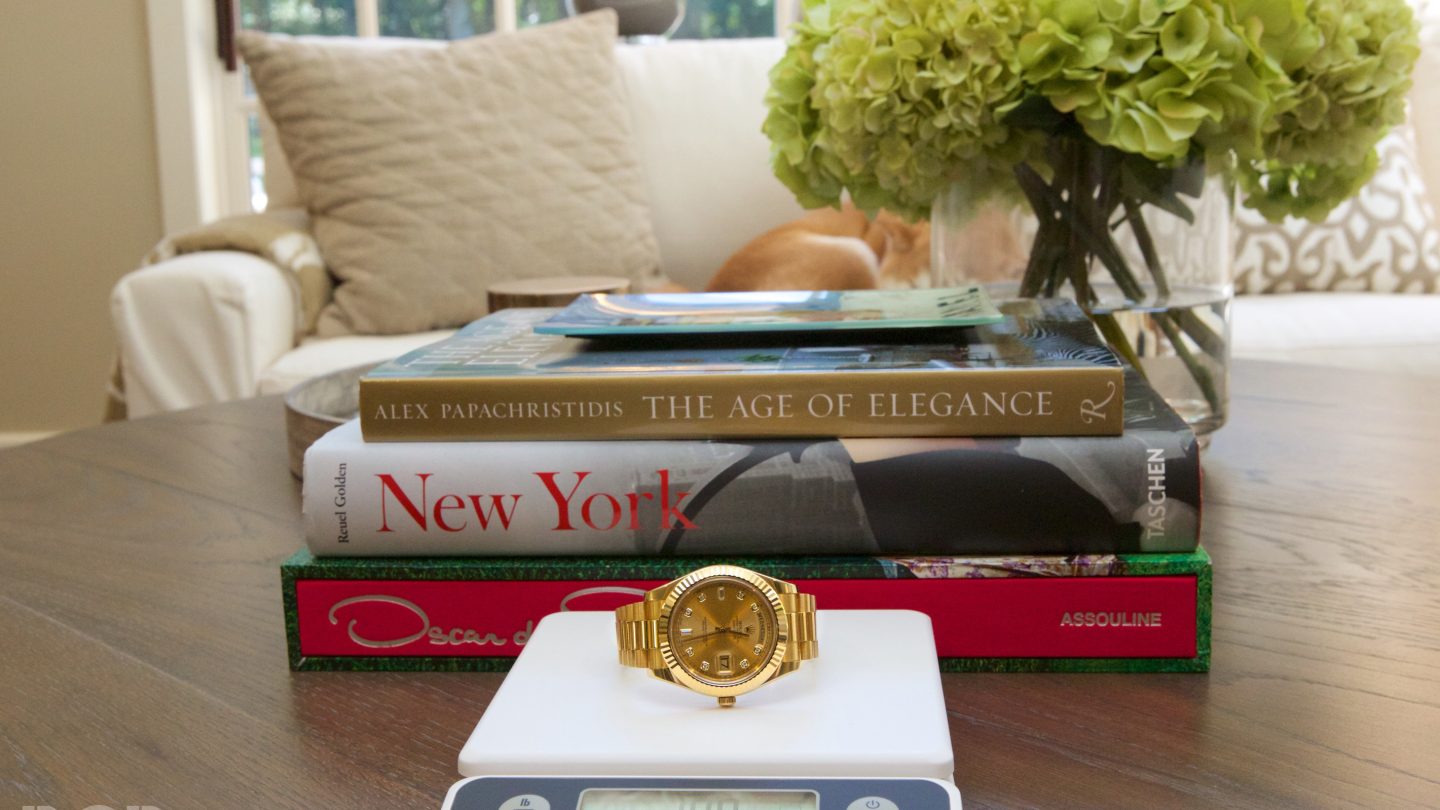 Not much is known about Apple’s upcoming Apple Watch pricing besides the fact that, what assume is the Sport edition, will start at $349. Whether this even includes bands, we do not know. It is likely there are going to be different storage capacities for the less expensive models, so it’s not inconceivable to think that $349 is going to get you the Sport Watch with something like 16GB of storage, and then another $100 for 32GB and another $100 for 64GB.

DON’T MISS: Ive’s design team might be to blame for the Apple Watch’s poor battery life

The stainless steel Apple Watch is going to start higher on the totem pole, but it is just a guess where at this point in time. Though, we do know that the stainless Watch is the mid-range option, because the gold Apple Watch Edition is going to be the most expensive. But how expensive? Daring Fireball’s John Gruber wrote an incredibly insightful piece on the topic, and while I agree with most of it, I think he’s wrong on the pricing of the gold model and some details on how Apple is positioning the company’s new watches.

Apple is in a completely different world here with the Apple Watch, and the same rules that apply to consumers purchasing phones or computers don’t apply to people purchasing luxury goods at all. Do you really think it costs Hermes $8,500 to make a Birkin? Do you really think Christian Louboutin shoes cost $1,500 to manufacture? You do realize that all of Louis Vuitton’s monogram products are not even leather, they are basically plastic, right?

When you’re talking about luxury goods, fashion and art, the the price you pay is not related to what it costs to make or to the value. One of the reasons is because this is an entirely artificial industry that is created solely for companies to make a profit. It is one in which you can own something that almost no one else is going to own; you were willing to pay whatever it takes to get it, and it says something about your personality, good or bad (I’m not here to debate that last point).

Let’s move to watches and talk about costs of timepieces and what they sell for, and we can use, pun intended, the gold standard: Rolex.

Rolex watches are the most iconic in the world, and Rolex is very interesting for a couple of reasons. One reason is that there actually isn’t a limited supply of Rolexes. How many watches do you think Rolex produces and sells a year? 10,000? 50,000? 150,000? Try about a million.

So, let’s get this straight… Rolex, one of the most sought-after watch brands in the world (we’re not debating this point right now, either) is selling around a million watches a year?

Don’t confuse price and value here. That watch you spent $7,500 will retain close to 50% of its price for a long time, regardless of how much it cost to actually make, because there is enough demand for a new one to keep the used price that high.

I wrote earlier that no one wants the same exact item, they want to spend money to set themselves apart from everyone else. Well, in the case of Rolex, just by owning a Rolex, it says something about you, regardless of how many there are out in the world. You pay the entry fee, and you’re part of the family.

Rolex makes an inordinate amount of money because, again, the demand is there. And it’s a great example because that’s exactly what Apple is positioning itself to do with the company’s watch. Apple isn’t going to take on the super high-end watch industry to start. Apple won’t challenge brands like Audemars Piguet, IWC, Jaeger-LeCoultre and Patek Philippe, among many others right now. But I see the stainless and gold Apple Watch models competing with Rolex based on how similar the strategies appear to be. Maybe not directly in price right now, but in strategy.

This is going to be a world in which if you don’t at least have an Apple watch on your wrist, you aren’t even on the playing field. The stainless and gold watches further elevate you in this type of hierarchy.

If Apple is using 18k gold, it means that the actual metal composition is about 75% pure 24k gold, and that instead of just silver and copper making up the remaining 25% (which is standard), Apple has found a different and stronger type of alloy to make the gold “twice as hard.” I don’t believe that metal is platinum, which would add additional cost. But that doesn’t change the fact that it is 75% 24k gold, which would cost Apple approximately $30 a gram.

How many grams the entire case and back of the watch are going to be is anyone’s guess, but for comparison, let’s use a watch I own. Taking off the gold bracelet leaves us with just the watch head itself, with mechanical components inside, and a solid gold back that is much heavier than what Apple is going to use, because Apple’s has a large cutout for sensors. So this watch absolutely has more much more gold than will be in Apple’s watch. It is a 42mm watch, similar in size to Apple’s 42mm model, though not exactly because it is round.

The watch head weighs about 100 grams. I think it would be more than generous to expect Apple’s watch to weigh less than half of that, so let’s use 35 grams as an estimate.

That means 35 grams of gold at $30 a gram costs about $1,000 using today’s gold price. That does not include manufacturing, components, sapphire or anything else, but it’s a great starting point. If this was a normal product, using Apple’s 30-45% margin, we could reasonably assume it would sell for around $1,500. Going into the luxury world, it’s anyone’s guess. Apple is also supposedly including a special box that doubles as a charger with the Apple Watch Edition, but even a beautiful wood box (it is not known what the box is going to be made out of) is only a couple hundred dollars at the absolute most.

Do we also change our thinking on where Apple is going to sell its watches? Most likely, the Apple Watch Sport is going to be sold at Apple Stores and partner stores like carriers, Best Buy and so on. But what about the stainless and gold versions?

At first I thought the higher end models could be sold at jewelry stores, or even Tourneau, but that doesn’t make sense because when you purchase a watch from an authorized dealer, depending on the manufacturer and model, they are making between 25 and 50% on that sale.

Apple would never allow that.

Right now, authorized dealers of iPads and iPhones make something under 10%, which is another reason the resale value of Apple’s products is so high. You just can’t buy them anywhere for less money. I do not expect this to change as Apple begins selling even higher-priced items because it would absolutely erode the entire Apple Watch segment.

Do we change our thinking on where Apple is going to manufacture these devices? Maybe Apple Wear Sport will be made by traditional manufacturing partners like Foxconn, and Apple Watch Edition will be built in the United States?

Notice how there is no mention of where the watch is manufactured on the case back? Is Apple really going to ship kilograms of gold to be melted and assembled in China? Maybe it’s going to happen the opposite way, and the inner component assembly of the Apple Watch Edition is going to be sent into the U.S., where it would then be put into the gold case. I don’t think Apple could charge thousands of dollars for a luxury good that is 100% made in China.

My best guess is that the Apple Watch Edition in gold sells for under $5,000 and closer to $2,500 – $2,999. I do not believe that Apple is going to leap into the super-expensive stratosphere of the watch world right off the bat. $5,000 sounds too expensive to me for the watch itself. Who knows what the bands are going to cost, so if the base watch was $2,500 and you bought two bands for $900 each, we’re close to $5,000, but that feels better than the $7,000 alternative and it seems far more likely.