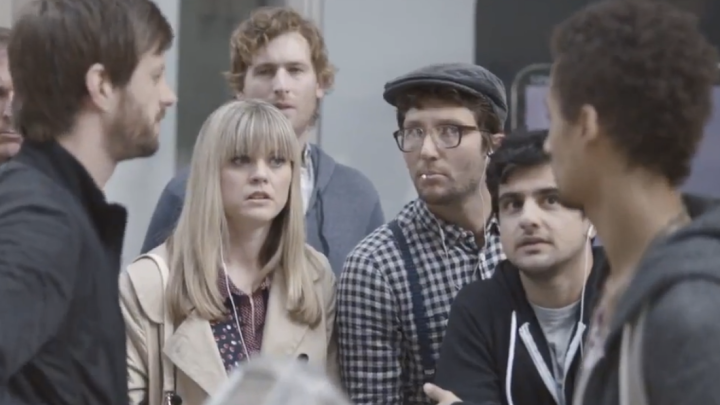 If you want to read an article featuring a bunch of Apple (AAPL) fans who sound like “hipsters” whining that their favorite band has “sold out” by becoming popular, look no further than Lydia DePillis’s piece in the New Republic this week. In an overview of the angst that many long-time Apple lovers feel about their favorite company’s massive success over the past several years, DePillis finds that many Apple fans think the company is focussing less on the quality of user experience that helped build its brand and is instead simply trying to cash in by churning out inferior products aimed at the mass market.

“I am no longer Apple’s target market,” says blogger Jonathan Mergy in a complaint that’s representative of the disillusionment many dissident Apple fans feel. “The various iPads are neat to consume with, but are not functional enough for people who happen to do more than just email and Facebook. The users that got you through the dark days were people who used your equipment because it was the best to create and make things with. I cannot say that anymore.”

Others describe the “dumbing down” of OS X features and the general sense that Apple is being arrogant and dismissive of its longtime fans’ concerns.

But beyond the general fanboy griping, there are some complaints reported in DePillis’s piece that do strike a chord.

Apple bloggers have a point when they complain that recent updates to iOS have been uncharacteristically buggy and have often created more problems than they’ve solved. And the Apple dissidents are surely right when they note that Apple’s online services such as iCloud and iOS Maps remain inferior to some others on the market.

The most interesting aspect of the New Republic piece, however, is the contrast it draws between the demands of longtime Apple fans and the demands of another group of people who are vastly more whiny and entitled: Wall Street investors.

For all their criticisms about Apple having “sold out” to the general public, most of the Apple fans in the article simply want the company to refocus on refining the functionality and features of its current product lines. Wall Street investors, on the other hand, keep demanding that Apple drop whatever it’s doing to produce “revolutionary” products that will completely disrupt markets as both the iPhone and the iPad did.

“When the MacBook gets a little lighter, a little faster, a little better battery life, nobody cares,” Instapaper creator Marco Arment tells DePillis. “But we care! We all write about that stuff! Apple doesn’t have to be blowing away the whole universe for us to talk about the things they are doing.”[bgr-post-bug]